Bridgerton has really blown up since the release of the Netflix TV show. It all started with the 9 book series from Julia Quinn, which are saucy and steamy period romps which follow 8 close knit siblings seeking love in high society London in the Regency Era. Then the book series was commissioned for a Netflix TV Series which premiered on December 25, 2020. The TV show proved to be just as sexy as the book series and we were all taken with a certain Duke, played by Regé-Jean Page. The eight-episode first season was an instant hit and met with gushing positive reviews. It has since become the most watched series on Netflix with a viewership of 82 million household and the series reached No. 1 in 76 countries. To everyone’s relief in January 2021, the series was renewed for a second season. In April 2021, creator Van Dusen revealed that the series had additionally been renewed for a third and fourth season so thankfully we have loads more Bridgerton to look forward to! So let’s kick things off by getting you up to speed with all things Bridgerton so far!

The Bridgerton Series Books That Started It All

You’ve seen the TV show starring Regé-Jean Page and Phoebe Dynevor as Simon Basset and Daphne Bridgerton respectfully. Now get ready for the Bridgerton series books that started it all. Bridgerton series one mostly follows Simon and Daphne’s relationship, which falls in line with book one. But that’s not where the story ends. Many of the much beloved characters from the Bridgerton family have their own relationships too. And we’ve even added in some fun facts about your favorite actors from the show! Julia Quinn first released The Duke And I all the way back in 2000, so 20 years before the TV show started. The Duke And I follows the relationship of Simon Basset and Daphne Bridgerton – basically the same as the first season of the Netflix show. The series ended with the eighth and final book in 2006, which follows Gregory Bridgerton

Book 2 – The Viscount Who Loved Me

London’s most elusive bachelor Anthony Bridgerton hasn’t just decided to marry – he’s even chosen a wife. The only obstacle is his intended’s older sister, Kate Sheffield. The spirited schemer is driving Anthony mad with her determination to stop the betrothal, but when he closes his eyes at night, Kate’s the woman haunting his dreams. And Kate fears that her own heart is vulnerable to the most wicked rogue’s charms.

Book 3 – An Offer From a Gentleman

Sophie Beckett never dreamed she’d be able to sneak into Lady Bridgerton’s famed masquerade ball – or that ‘Prince Charming’ would be waiting there for her! Though the daughter of an earl, Sophie has been relegated to the role of servant by her disdainful stepmother. But now, spinning in the strong arms of the debonair and devastatingly handsome Benedict Bridgerton, she feels like royalty. Alas, she knows it all must end when the clock strikes midnight.

Penelope Featherington has secretly adored her best friend’s brother for what feels like forever. After half a lifetime of watching Colin Bridgerton from afar, she thinks she knows everything about him, until she stumbles across his deepest secret and fears that she doesn’t know him at all.

Book 5 – To Sir Phillip, With Love

Moody and ill-mannered, but handsome Sir Phillip knew that Elise Bridgerton was a spinster, and so he’d proposed figuring that she’d be homely and unassuming, and desperate for an offer of marriage. But he was wrong. The beautiful woman on his doorstep was anything but quiet, and when she stopped talking long enough to close her mouth, all he wanted to do was kiss her.

Book 6 – When He Was Wicked

In every life there is a turning point. For Michael Stirling, London’s most infamous rake, that moment came the first time he laid eyes on Francesca Bridgerton. After a lifetime of chasing women or being chased, he took one look at Francesca and fell so fast and hard in love that it was a wonder he managed to remain standing. Unfortunately, their meeting was a supper celebrating her imminent wedding to his cousin.

Gareth St. Clair is in a bind. His father, who detests him, is determined to beggar the St. Clair estates and ruin his inheritance. Gareth’s sole bequest is in an old family diary. Written in Italian, of which Gareth speaks not a word. Luckily, he comes into contact with Hyacinth Bridgerton, who offers to translate the diary – even if her Italian is slightly less than perfect.

Book 8 – On The Way To The Wedding

Unlike most men of his acquaintance, Gregory Bridgerton believes in true love. And he is convinced that when he finds the woman of his dreams, he will know in an instant that she is the one. And that is exactly what happened. Except Miss Hermione Watson is in love with another. But her best friend Lucy wants to save Hermione from a disastrous alliance, so she offers to help Gregory win her over. But in the process, Lucy finds herself falling for Gregory herself.

Novella – The Bridgertons: Happily Ever After

The Bridgertons: Happily Ever After includes a novella featuring Violet Bridgerton, beloved mother of the eight Bridgerton siblings, in addition to second epilogues for The Duke and I; The Viscount Who Loved Me; An Offer from a Gentleman; Romancing Mister Bridgerton; To Sir Phillip, With Love; When He Was Wicked, It’s in His Kiss; and On the Way to the Wedding sure to satisfy the legions of Julia Quinn fans.

Based primarily on the first book, the Bridgerton series on Netflix instantly became a huge hit. It became the most-watched series on Netflix, with a viewership of 82 million households. Bridgerton reached number 1 in 76 countries. Luckily for us, it’s not only been renewed for a second season, it’s been renewed for a third and fourth as well. Check out the trailer below! 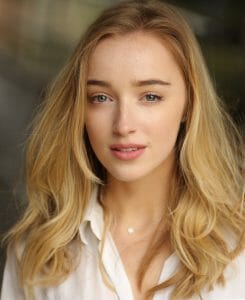 Her Mother Is Also Famous

Phoebe Dynevor is the daughter of Sally Dynevor, who is best known for her role as Sally Webster in Coronation Street – a role that she’s played since 1986!

Disappointly, Page will not be returning in any of the further seasons as his character Simon’s story has been resolved. If the series continues to follow the books, Simon would have only had a very minor part as the rest of the series would focus on other couples in the Bridgerton family. 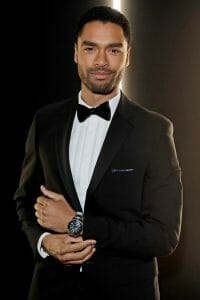 He Spent His Childhood In Zimbabwe

Page was born in London, his Zimbabwean mother was a nurse and his English father was a preacher. He is the second youngest of four children. And he was actually in a band with his brother. He spent in childhood in Zimbabwe before returning to London for secondary school, which was when he took up acting as a hobby.

He Started His Career On Stage

In 2013, Page starred in the theatre production of The History Boys as Crowther and in 2015, he starred on stage in The Merchant of Venice as Solanio opposite Jonathan Pryce. Also in 2015, Page went on to act in a few episodes of Waterloo Road, which also starred Phoebe Dynevor in some of the earlier seasons so they weren’t actually there at the same time. 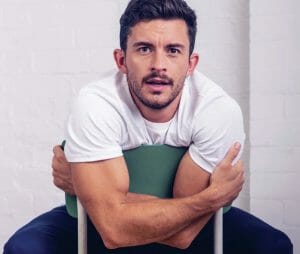 He Starred In A Musical Alongside Matt Smith

Bailey was Tim Price in the musical of American Psyhco. Also in this musical was Matt Smith, who is best known for his roles in Doctor Who and The Crown. Additionally, Bailey starred in King Lear, alongside Ian McKellen, Sinéad Cusack and Dervla Kirwan.

After watching a stage production of Oliver!, Bailey decided he wanted to be an actor. Even though he was only five at the time, he stuck to his dream and now he’s an actor that we love! 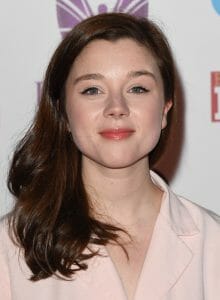 As well as being vegan, she also practices mediation (for at least an hour a day). And she has regularly practised Nichiren Buddhism since she was 17 after her aunt introduced her to it.

Jessie was raised only by her mother, Dawn, who worked cleaning houses to provide for the family and to afford Jessie’s ballet lessons. She was then discovered by Hannah Phillips who cast her in a lot of local productions. In 2012, she signed with an agent, which was when she had her first roles as Rosie in the short film Rosie and a cameo in Doctors. The year after that, she made several more appearances in shows like House of Anubis, Casualty, The Paradise and more.

Which of these Bridgerton book series novels will you be reading next? Let us know! 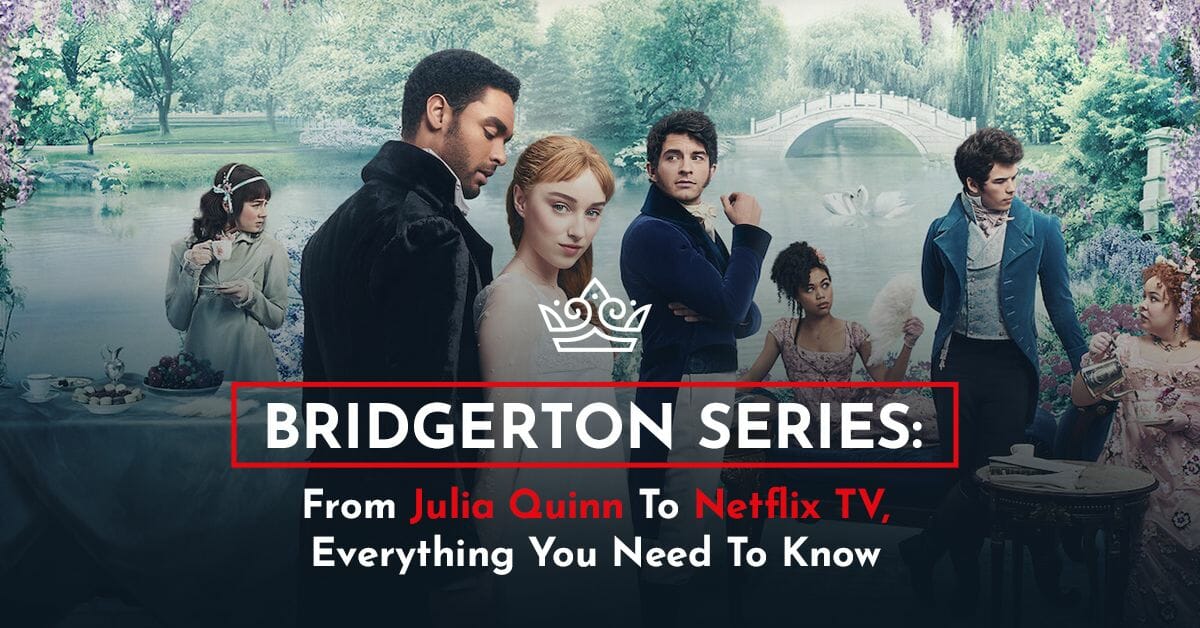