Best Romantic Movies Disney To Magically Whisk You Away

There are so many Disney romantic movies that we just adore. Each movie has a magical and timeless story that never gets old, no matter how many times you’ve watched them. We wish that we could have a romance like these couples. Who doesn’t want to fall in love with a Beast? Especially when you’re the only one who can break the curse that traps him in his beastly form. It’s just so romantic. Whether you’re looking for the perfect movie for date night or you want to revisit some classics you used to love, we’ve got every Disney romantic movie here. Check it out now!

When Princess Jasmine of Agrabah runs away from the palace after finding out that she has to marry a prince, she meets street urchin Aladdin and his pet monkey Abu. Aladdin falls in love with the princess, but they are separated by the evil sultan’s adviser Jafar, who takes Aladdin to retrieve a magic lamp from The Cave of Wonders. However, instead of bringing the magic lamp back to Jafar, Aladdin accidentally activates it and releases the genie inside, who offers him three wishes.

With voice acting from Scott Weinger, Robin Williams, Linda Larkin, and Jonathan Freeman, this 1992 Disney classic is a definite must-watch.

Starring Will Smith, Mena Massoud, Naomi Scott, and Marwan Kenzari, this live-action remake features all the beloved songs from the original. And even adds some new songs, like Jasmine’s solo Speechless.

An arrogant young prince and his castle’s servants are cursed. Under the spell of a wicked enchantress, the prince is a hideous Beast until he learns to love and is loved in return. After her father’s disappearance, headstrong book-lover Belle travels to the Beast’s castle. In return for her father’s freedom, Belle agrees to stay. With the help of his enchanted servants, Belle begins to draw the cold-hearted Beast out of his isolation.

With voice acting from Richard White, Jerry Orbach, David Ogden Stiers, and Angela Lansbury, this movie is one you’ll want to watch again and again. A beautiful story and a timeless classic. One of our favorites!

After her mother’s death, Cinderella has to live with her father, wicked stepmother and two jealous stepsisters. Kept enslaved in rags and forced to do all of the chores, Cinderella stands no chance at attending the royal ball. Until her fairy godmother appears and makes her wish come true. But she only has until midnight, when the spell will wear off.

It’s hard to believe that this classic is 71 years old now! The animation is still gorgeous and there are just so many iconic scenes, which means you definitely need to watch this again.

Where to Watch: Disney+

With Lily James as Cinderella and Richard Madden as the prince, this movie is a beautiful adaption of the classic. Also starring: Cate Blanchett, Stellan Skarsgård, Holliday Grainger, Derek Jacobi, and Helena Bonham Carter.

Lady is an American Cocker Spaniel who lives with a refined, upper-middle-class family. When her owner Darling is pregnant, Lady begins to feel neglected and less loved. And after the baby is born, her owners go on holiday, leaving her with the dog-hating Aunt Sarah. So, when Sarah tries to put a muzzle on Lady, she runs away. Then, she meets Tramp, a stray mutt, who shows her how to live a collar free life.

With voices from Barbara Luddy, Larry Roberts, Bill Thompson, Bill Baucom, Verna Felton, and Peggy Lee, this 1955 classic is one you definitely need to watch.

Where to Watch: Disney+

Mermaid princess Ariel is fascinated with life on land. On one of her visits to the surface, she falls in love with the handsome prince Eric. Determined to be with her new love, she makes a dangerous deal with the sea witch Ursula to become human for three days.

Get excited because a live-action remake is happening! Halle Bailey, Jonah Hauer-King, Javier Bardem, Melissa McCarthy, Daveed Diggs, Jacob Tremblay, and Awkwafina are starring in the movie. Alan Menken – who worked on the original film – is working alongside Lin-Manuel Miranda for the music!

Jealous of the beautiful Princess Aurora, the evil witch Maleficent curses her to die on her 16th birthday. Luckily, Aurora’s guardian fairies save her, so she only falls into a deep sleep that can be ended with a kiss from her true love – Prince Phillip.

Snow White lost her parents at a young age, so she lives with her wicked queen stepmother. Worried that Snow White will become more beautiful than her, the queen orders a huntsman to murder of her stepdaughter. But she discovers that Snow White is still alive and hiding in a cottage with seven dwarfs.

Another live-action remake is coming! Only Rachel Zegler has been announced as Snow White so far, but we’re super excited. And, the La La Land music team will be updating the score!

Rapunzel has been locked away in a tower since she was a baby. Her magical long blonde hair has powers to provide with eternal youth, which her mother Gothel takes full advantage of. At the age of 18, she becomes curious about the outside world, and when an intruder – Flynn Rider – uses her tower as a refuge, Rapunzel asks him to help her escape.

Kat Stratford is beautiful, smart and quite abrasive to most of her fellow teens, meaning that she doesn’t attract many boys. Unfortunately for her younger sister, Bianca, house rules say she can’t date until Kat has a boyfriend. So Bianca tries to set Kat up for romance. Things are starting to look up for Bianca when Kat crosses paths with the handsome new arrival Patrick Verona.

In the land of Andalasia, beautiful young Giselle falls in love with the handsome Prince Edward. But when she arrives at the castle to marry him, his evil stepmother sends the princess-to-be to a place where there are no happily ever afters: New York City. The cynical divorce lawyer Robert rescues Giselle, but she needs to find her way back to her true love. It incorporates both live-action and animation sequences that make this a uniquely magical movie.

Also, big news on the Enchanted front! A sequel has just finished filming – Disenchanted will be out in 2022 – we can’t wait!

Where to Watch: Amazon

Troy Bolton, star athlete at a small-town hugh school, falls in love with the nerdy beauty Gabriella Montez at a holiday karaoke party. Upon returning to campus, they audition for the upcoming school musical. Meanwhile, the jealous Sharpay Evans, with the help of her twin brother Ryan, conspires to ruin their chances.

Josie Geller, a baby-faced junior copywriter at the Chicago Sun-Times, must pose as a student at her former high school to research contemporary teenage culture. With the help of her brother, Josie inflitrates the inner circle of the most popular clique on campus. However, Josie hits a major snag in her investigation. She falls in love with her dreamy English teacher, Sam Coulson.

Jessica Olson goes to LA with the intention of visiting her grandparents while her sister Sara Olson tries to meet her idol, Christopher Wilde. Sara convinces Jessica to go to a nightclub with her. A nightclub where Christopher is said to be doing a surprise performance. Sara leaves Jessica outside to watch the car whilst she goes in to try to meet him. But then Jessica and Christopher accidentally meet.

Which of these romantic movies Disney is your fav? Let us know! 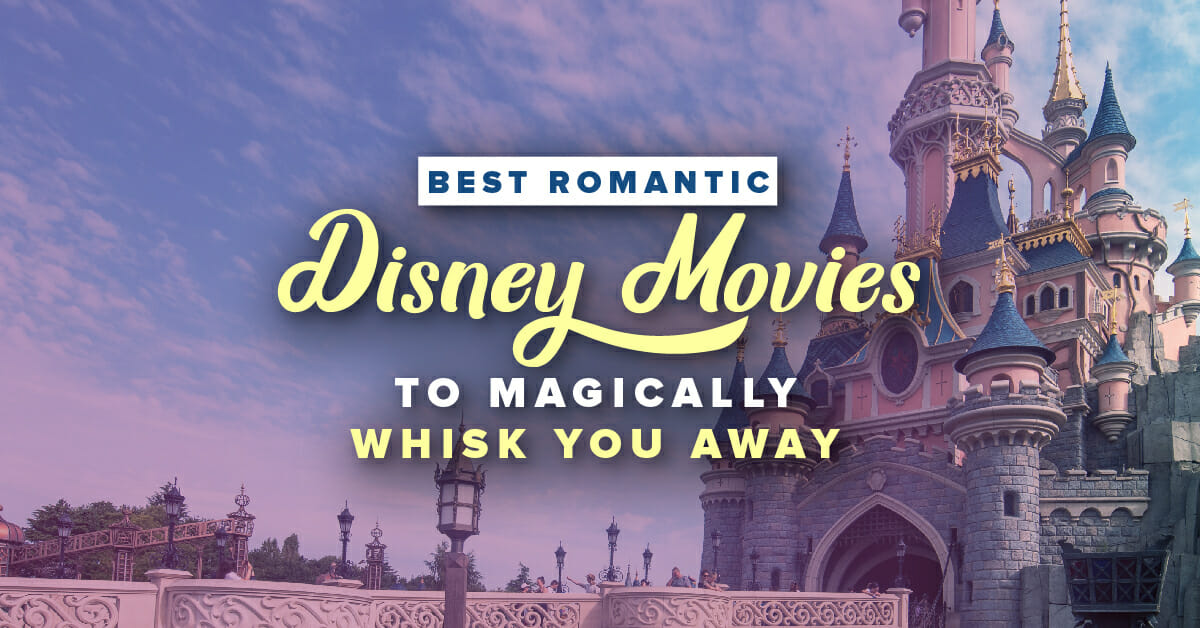