All About The Debbie Macomber Cedar Cove Series

Cedar Cove is a small town where everyone knows everybody else’s business. The series by Debbie Macomber follows the personal and professional life of family court judge Olivia Lockhart and the people surrounding her in their small town. It is currently a 12 book series, with each novel introducing new characters to fall in love with, set in the beautiful Cedar Cove.

As well as the book series, Cedar Cove is also a Hallmark series. There are three seasons, as it was canceled and not renewed for a fourth. It stars: Andie MacDowell, Dylan Neal, Teryl Rothery, Sarah Smyth, and Brennan Elliott. Check out the trailer below!

Family court judge Olivia Lockhart has seen a lot of couples in her courtroom. Most divorce petitions are open-and-shut, but when Olivia meets a young couple whose grief appears to be overshadowing their love, she makes a controversial ruling. Which gets everyone in her home town talking. But new-to-town newspaper editor Jack Griffin is the only attention that she welcomes.

Judge Olivia Lockhart’s plate is full. Her hometown of Cedar Cover is the kind of community that’s always relied on each other for support, but lately it seems everybody needs somebody to lean on, especially Olivia’s best friend, Grace Sherman, whose husband disappeared six months prior.

Recently divorced, Zach and Rosie Cox were given an unusual custody deal by Judge Olivia Lockhart: instead of their children moving between homes, the children keep the family house and the parents move in and out. And Olivia herself is caught in a dilemma.

Olivia Lockhart is back in town after her honeymoon, adjusting to married life and eager to catch up with her friends. Things haven’t been the same in town since a man died at the bed-and-breakfast. The owners, Bob and Peggy Beldon, have no idea why he was in Cedar Cove or what happened to him, but they’re determined to solve the mystery.

In a small, friendly town, it’s unusual to have a mystery. But private investigator Roy McAfee and his wife, Corrie, have been receiving anonymous postcards with cryptic messages and no one can figure out what they mean. It feels like someone from their past might be trying to shake things up. And amidst all of this, their daughter might be in the chance for love.

Justine and Seth Gunderson are trying to make plans and sort out their future after losing their business – the Lighthouse restaurant – to arson. The investigation is still ongoing, but the prime suspect disappeared right after the fire. And this kind of crisis can be hard on a marriage.

There’s drama at the beauty salon in Cedar Cove. Teri Miller has noticed something that is worrying her international chess champion husband, Bobby Polgar. He told her he’s ‘protecting his queen’, and she has the feeling that he isn’t talking about chess, but about her.

Pastor Dave and Emily Flemming seem to have the perfect life, so when Emily finds an unfamiliar earring in her husband’s pocket, she’s devastated. He’s a good man and a wonderful father. Can their marriage survive the secrets that might be revealed? Pastor Dave must try to clear his name, and the couple will have to learn to trust again.

Sometimes people may have trouble admitting that they are in love. Sheriff Troy Davis is a widower, and he thought he was ready to move on. his high school sweetheart, Faith Beckwith, recently returned to town, and it had seemed they were going to be a couple again. Then some misunderstandings got in the way.

Mary Jo Wyse hasn’t always made great decisions about men, but she has a good feeling about her landlord, Mack McAfee. Living next door with her baby girl, Noelle, has given her the chance to get to know him. While Mary worries that her baby’s father might sue for custody, she knows Mack is on her side.

Dear Reader, you’ve probably heard that my wife has left me. Rachel’s pregnant, and she says she can’t handle the stress in our household anymore. My thirteen-year-old daughter, Jolene, is jealous of her. Maybe it’s my fault. As a widower I spoiled her—

The people of Cedar Cove know how to celebrate Christmas. Like Grace and Olivia and everyone else, Beth Morehouse expects this Christmas to be one of her best. Everything is going perfectly and her new relationship with local vet Ted Reynolds is showing plenty of romantic promise. But someone left a basket of puppies on her doorstep and her daughters have invited their dad – Beth’s long divorced husband – to Cedar Cove for Christmas.

Do you love the Debbie Macomber Cedar Cove Series as much as we did? Let us know! 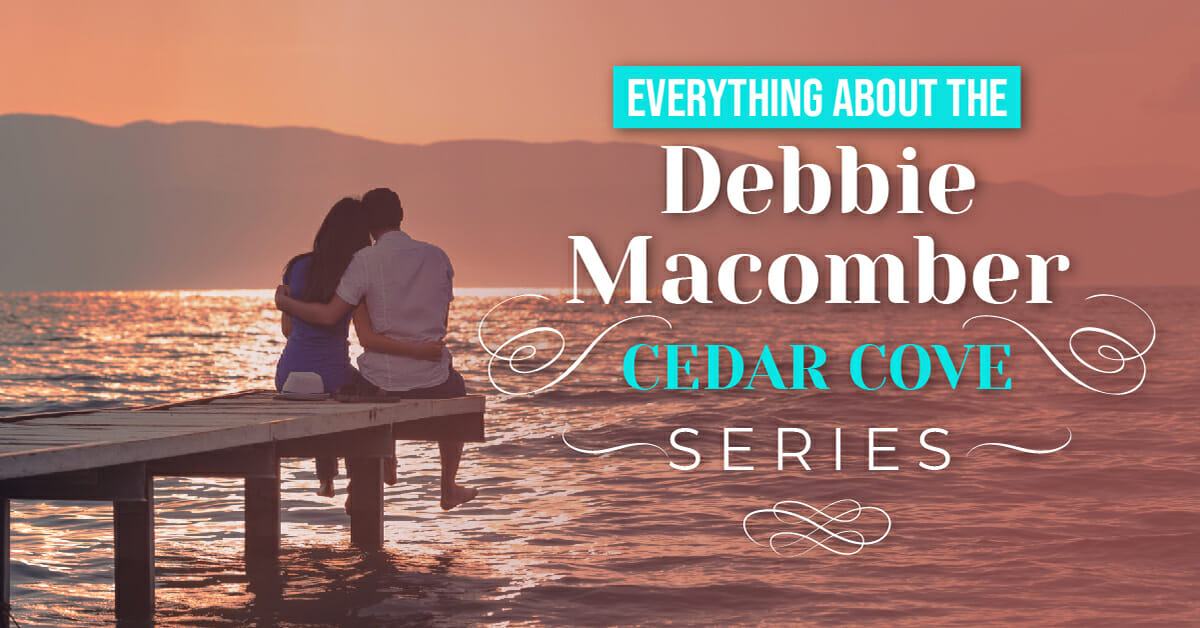