Movies Like 50 Shades Of Grey To Tempt And Tantalize You

If you are a huge Christian Grey fan (like us 😉 ), then you’ll love our other favorite movies like 50 Shades of Grey. With stars like Justin Timberlake, Natalie Portman, Tom Cruise, Nicole Kidman and so many more, these movies are ones you absolutely must-watch. So if you want more of the iconic trilogy and couple, then these movies are perfect for you. Check them out now! And you can grab a three movie bundle of the whole series here >>

Ana Steele has broken off her relationship with Christian Grey to start a new career with a US publishing house. His dark secrets were daunting. But the desire for him dominates her every waking thought. And when he proposes a new arrangement, Ana cannot resist. Soon she is learning more about the harrowing past of her Fifty Shades than she ever thought possible.

Whilst Grey wrestles with his inner demons, Ana has to make the most important decision of her life. And it’s a decision she can only make on her own.

Now they have it all. Ana knows that it won’t be easy and that there will be challenges that neither of them would anticipate. She must learn to share his life without sacrificing her own identity and Christian must overcome his compulsion to control.

Massimo is a member of the Sicilian mafia family and Laura is a sales director. Whilst on a trip to Sicily trying to save her relationship, she does not expect that she will be kidnapped. Massimo was the one who kidnapped her and gives her 365 days to fall in love with him. Based on the book 365 Dni by Blanka Lipińska, this movie is one you don’t want to miss.

There was the time before Tessa met Hardin, and then there’s everything AFTER

Tessa is a good girl with a sweet, reliable boyfriend back home. She’s got direction and ambition. But she’s barely moved into her freshman dorm when she runs into Hardin, her mother’s worst nightmare. With his tousled brown hair, irresistible British accent, tattoos and lip ring, Hardin is undeniably attractive but completely different to what Tessa is used to. Like 50 Shades, the book by Anna Todd actually started out as fan fiction as well.

Annette unwittingly becomes a player in Sebastian’s and Kathryn’s diabolical wager of sexual conquest after she wrote an article in Seventeen Magazine about how she intends to stay pure until she marries her boyfriend. However, as Sebastian attempts to seduce Annette into his bed, he gets more than he bargained for. A more modernised version of the classic French novel Les Liaisons Dangereuses by Pierre Choderlos de Laclos. With the attractive cast and darkly comic drama, this movie is one you don’t want to miss.

Where To Watch: Amazon Prime

Jamie is a New York based executive recruiter who entices Dylan, an art director from Los Angeles, to take a job at the GQ Magazine New York branch office. They have a lot in common and become fast friends. Feeling hurt by a number of broken romances, Dylan and Jamie decide that they are ready to quit looking for true love and focus on having fun. However, they naively believe that adding sex to their relationship will allow they to stay as just friends. The two leads have a great chemistry that really completes this romantic comedy.

Lifelong friends Emma and Adam take their relationship to the next level by having sex. Afraid of ruining their friendship, the new lovers make a pact to keep things purely physical. That means no fight, no jealousy and no expectations. They pledge to do whatever they want, wherever they want, as long as they do not fall in love.

Edward learns that his wife Connie has lied to him about an affair. His suspicion propels him to uncover the devastating details of her infidelity. But he’s tormented by the knowledge and when he confronts her love, he discovers a level of rage inside himself that he could never have imagined. Diane Lane was heavily praised for her performance, making her the true star of this movie.

After Dr. Bill Hartford’s wife Alice admits to contemplating having an affair with a man she met, Bill becomes obsessed with having a sexual encounter. He discovers an underground sexual group and attends one of their meetings. But he quickly discovers that he is in over his head. Eyes Wide Shut has been praised for its portrayal of both desire and dread. The film’s production took 400 days, which earned it the Guinness World Record for longest continuous film shoot.

The mysterious Catherine Tramell, a beautiful crime novelist, is a prime suspect when she is linked to the death of a rock star. Homicide detective Nick Curran is investigating her, until she seduces him into an intense relationship. However, the murder case becomes more complicated when more deaths that seem connected occur, which link to Nick’s psychologist and lover, Beth Garner. The leading couple gave amazing performances and had a great chemistry, which really makes this film great.

Claire, a 45 year-old high school teacher in the midst of separation from her husband, has a one night stand with her 19 year-old neighbour. But he develops a dangerous and sexual obsession with her. And she finds herself unable to escape the relationship because he becomes violent. Although this film was criticized a lot, stalker thriller fans will absolutely love this movie! And the actors are phenomenal.

Zoe Reynard has a perfect life. She’s got her husband Jason, her two children, and she’s the CEO of her own company which signs developing artists. After attending the art show of Quinton Canosa, Zoe goes over to his place to sign him, but the two were flirtatious with each other. And since Zoe has nymphomania (a constant need for sexual gratification), her infatuation with Quinton leads to more problems for her family.

Marquise de Merteuil plots revenge against her ex-lover after he ends their relationship. She seeks to arrange the seduction and disgrace of his young virgin fiancée, Cécile de Volanges. Like Cruel Intentions, this is also based on Les Liaisons Dangereuses. So this final entry on movies like 50 Shades of Grey is one you need to watch now!

Which of these movies like 50 Shades of Grey is your favorite? Let us know!

If you love Christian and Ana, then check out the best books like 50 Shades of Grey! 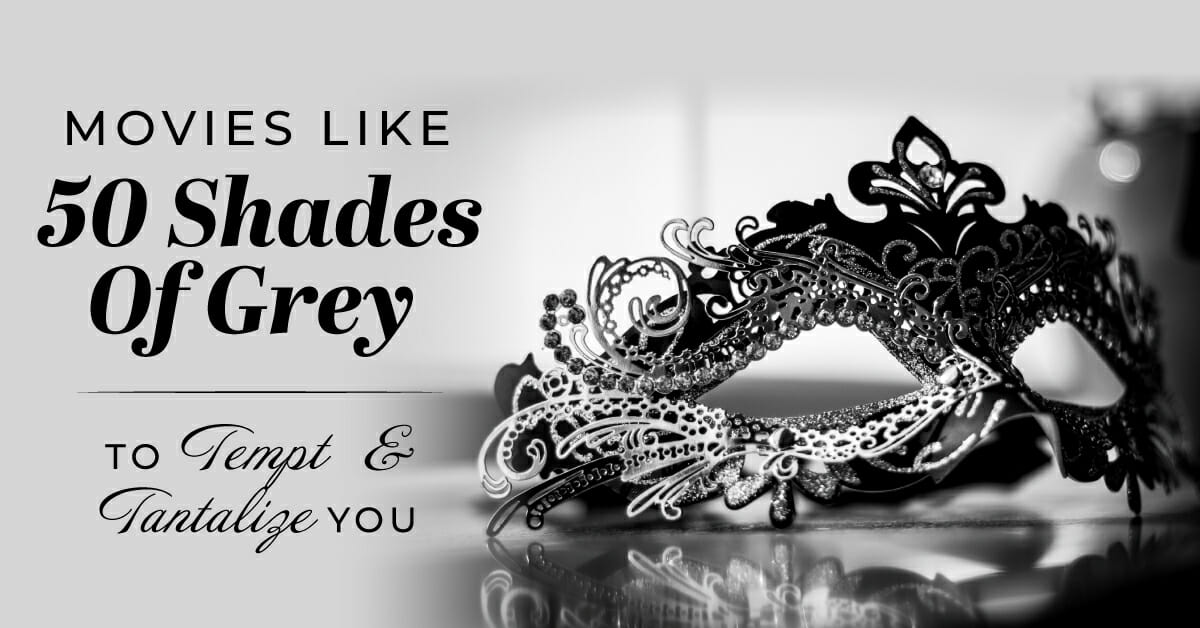