Romance Shows On Netflix For Your Next Streaming Spree﻿

So you’ve just finished that romance show that you absolutely love and now you’re stuck on what to watch next. Don’t worry – we’ve scoured Netflix and we’ve picked out the best romance shows on Netflix for you to binge now! Whether you like international dramas, historical shows, reality dating game shows, or series that are based on books – we’ve got something for you. Check them out now!

A heartbroken woman who no longer believes in love and a flirtatious man who does not want to commit to a relationship – a pairing destined to fail. Or not. It turns out that they both actually love each other, so are they actually a perfect match? As well as these two leads, there are many secondary couples for you to fall in love with, making this a must-watch romance show on Netflix.

Fun Fact: Nevertheless is based on the webtoon “I Know But” by Jung Seo.

Virgin River follows Melinda ‘Mel’ Monroe, the protagonist of the first book. She answers an ad to work as a nurse practitioner and midwife in the remote Virgin River town, thinking it will be the chance of a fresh start and the opportunity to leave her painful memories behind. But it’s not quite what she expected.

Fun Fact: Despite Virgin River being set in California, the seasons were filmed in Vancouver, British Columbia in Canada. Mel’s cabin is actually the former caretaker’s house in Vancouver’s Murdo Frazer Park. And the doctor’s surgery where Mel works is also a real place in Vancouver. Meanwhile, Jack’s bar is Watershed Grill in Branckendale by the Squamish River, to the North of Vancouver.

Ginny Miller is a 15-year-old girl who is more mature than her 30-year-old mother Georgia. In a New England town, Georgia decides to settle down with Ginny and her son Austin to give them a better life than she had.

Emily is a driven 20-something American from Chicago who moves to Paris for an unexpected job opportunity. She is tasked with bringing an American point of view to a venerable French marketing firm. However, her life isn’t easy as cultures clash and she adjusts to the challenges of life in Paris. As well as juggling her career, new friendships and love life.

Fun Fact: Emily in Paris was Netflix’s most-watched show in 2020, although it was quickly surpassed by Bridgerton in 2021.

Prince Wilhelm of Sweden enrolls in a boarding school after a scandal about him is revealed to the public. Now he must cope with interacting with other teenagers his age, all whilst trying to hide his attraction to one of his male schoolmates. But, when tragedy strikes, Prince Wilhelm must deal with increased exposure.

Fun Fact: In the scene where Simon is telling Wilhelm the name of his fish, almost everything was improvised.

Too Hot To Handle is a reality TV dating game show. 10 adults – all of whom primarily engage in meaningless flings and are unable to form long-lasting relationships – are placed together in a house for four weeks. They are bound by a set of rules – for example no kissing. The contestants start with a $100,000 grand prize that gets reduced any time a rule is broken.

Fun Fact: The Seinfeld episode, “The Contest”, served as inspiration for this show.

It’s 1974 and the summer of love is drawing to a close. Kate Mularkey has accepted her place at the bottom of the secondary school social food chain. Then Tully Hart, the girl all the boys want to know, moves in across the street and wants to be her best friend. They become inseparable and they vow that their friendship will last forever. For thirty years, they have stayed true to that vow. But when tragedy strikes, their relationship is tested.

Fun Fact: Firefly Lane is based on a book written by Kristin Hannah.

A suburban mother of two takes a fantasy-charged trip down memory lane that sets her very married present on a collision course with her wild-child past.

Fun Fact: It is inspired by the book 44 Chapters About 4 Men by BB Easton.

Monsé Finnie is the headstrong leader of her friend group, raised by her father and she’s in love with Cesar Diaz. But Cesar is forced into the life of a gang member after the release of his brother from prison. There’s also Jasmine Flores, who is in love with Ruben “Ruby” Martinez Jr., and Jamal Turner.

Fun Fact: This TV series is the acting debut of Sierra Capri, who plays Monsé.

Three South Carolina women, who have been best friends since childhood, shepherd each other through the complexities of romance, career, and family. There’s: Maddie Townsend, a recently separated woman with three children; Dana Sue Sullivan, a chef and owner of a restaurant called Sullivan’s; and Helen Decatur, an accomplished attorney.

The first crewed expedition to Mars. It features an international crew: a Chinese chemist, a British botanist, a Russian cosmonaut, an Indian medical officer and American commander Emma Green. However, the crew members do not trust Emma’s ability to command after her response to a crisis at the very beginning.

Fun Fact: Although the writers had planned for Away to have three seasons, Netflix cancelled it after one.

Caught up in the Great War and raised for the sole purpose of decriminating enemy lines, Violet Evergarden finds herself maimed and injured in a hospital left with only words from the person she held dearest, but no understanding of the true meaning. Recovering from her wounds, Violet begins working at a postal services, becoming an ‘Auto Memory Doll’, transcribing people’s thoughts and feelings into words, in the hope that she can one day understand what it means when someone says ‘I love you’.

Fun Fact: In the Language of Flowers, the Blue Violets that Violet is named after means Faithfulness or to always be True.

Fun Fact: Hyun Bin and Son Ye-jin are currently dating, so its no wonder that these two had such great chemistry in this K-drama!

Which of these romance shows on Netflix is your fave? Let us know!

If you liked these, then check out: 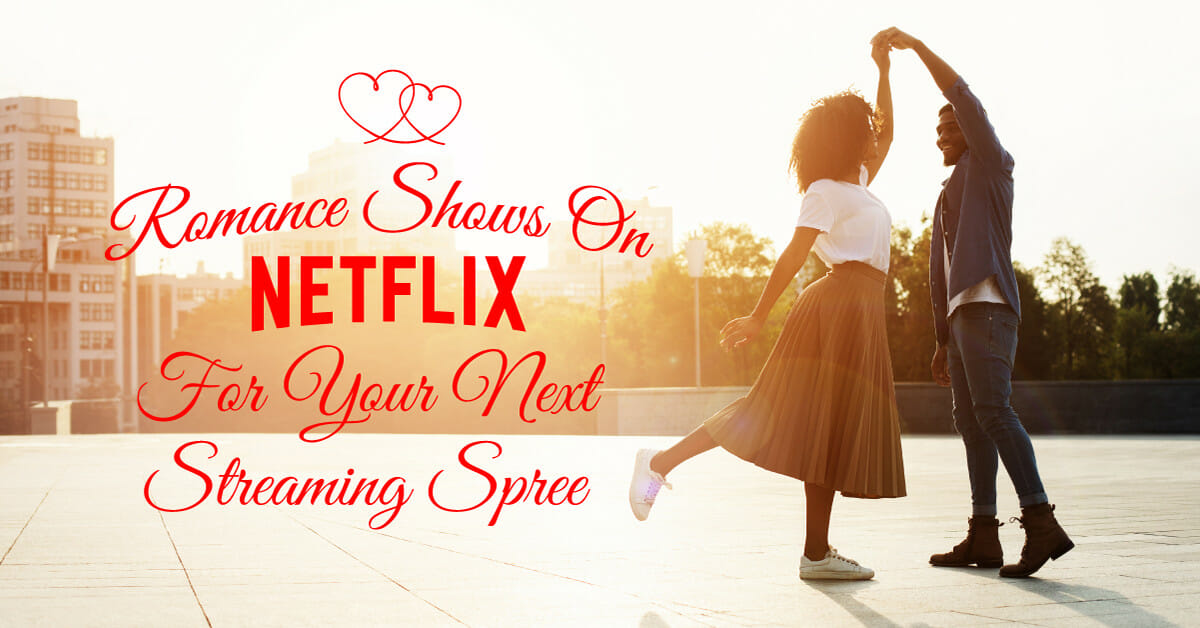