We love romance shows so much! From historical courtships to modern relationships, we just adore all different types of romance. And with all these streaming services around, it can be so hard to decide on which one has the best shows for you. So, we’ve gathered up all of the best romantic shows on Amazon Prime just for you. Check it out now!

From her accession to the British throne at the age of eighteen to her intense friendship and infatuation with her favorite advisor to her courtship and marriage to Prince Albert, Victoria follows the reign of Queen Victoria.

Shinhwa Group is one of South Korea’s largest conglomerates and is headed by the strict and arrogant chairwoman. Her son Gu Jun-pyo is heir to the Shinhwa Group and leads the F4 – the most popular and powerful group of boys at the prestigious Shinhwa High School. An ultra-elite school exclusive to the richest families in Korea. Yoo Ji-hu, So Yi-jung and Song Woo-bin make up the rest of the F4. But then Geum Jan-di, who is not rich, gets a scholarship at the exclusive school.

A one-week stand between a Boston ad exec and a London schoolteacher leads to an accidental pregnancy. When Rob moves to the UK to help figure things out, cultures clash and hormones flare as they realize they don’t know the first thing about each other.

Noah is a New York City schoolteacher and budding novelist with a wife of twenty years and four children. Alison is a young waitress and wife from Montauk at the end of Long Island, trying to piece her life back together in the wake of tragedy. When they strike up an extramarital relationship, it changes the course of their lives forever.

Newly weds Paul and Jamie Buchman are almost constantly bickering and making up with each other. Paul is a documentary filmmaker and Jamie is a public relations specialist. Together they grow and mature as they learn the art of staying married.

Reality TV Show where a couple are matched based on science and get married when they see each other for the first time. They will then live as a married couple for eight weeks and decide if they want to stay together or divorce.

Howards End examines “the changing landscape of social and class divisions in turn-of-the-century England through the prism of three families: the intellectual and idealistic Schlegels, the wealthy Wilcoxes from the world of business and the working-class Basts.”

Ho Goo has never dated in his life. And then he runs into his first love Do Hee. She’s a member of the national swimming team and has a burning desire to win. After he meets her again, he becomes involved in a complicated romantic relationship and a dangerous friendship.

Set in Europe before World War II, the charismatic and fearless Linda Radlett and her best friend/cousin Fanny Logan are consumed by the desire for love and marriage. So, they both seek out the ideal husband.

Love, money, ambition and music intertwined with finding yourself and finding love whilst conquering New York City. A new maestro Rodrigo stirs up the New York Symphony. And young oboist Hailey hopes for her big chance.

Narumi Momose is an otaku, who likes otome games and idols. Hirotaka Nifuji has been in love with her since childhood. When Narumi complains about her disappointing dating life, Hirotaka suggests that she dates someone who is also an otaku – specifically himself. The two seem perfect for each, but love is difficult for an otaku.

Based on the New York Times column of the same name, Modern Love follows “love in its multitude of forms – including sexual, romantic, familial, platonic, and self love.” Each episode follows a new couple.

Inspired by the tales of the Norsemen of early medieval Scandinavia, Vikings follows the exploits of the legendary Viking chieftain Ragnar Lothbrok and his crew, family and descendants. The series begins at the start of the Viking Age, marked by the Lindisfarne raid.

In 1783, Captain Ross Vennor Poldark returns from the American War of Independence to his home of Nampara in Cornwall after three years in the army. But while he was away, a lot of things changed at his home.

Which of these Romance Shows On Amazon Prime is your fave? Let us know!

If you liked these, then check out: 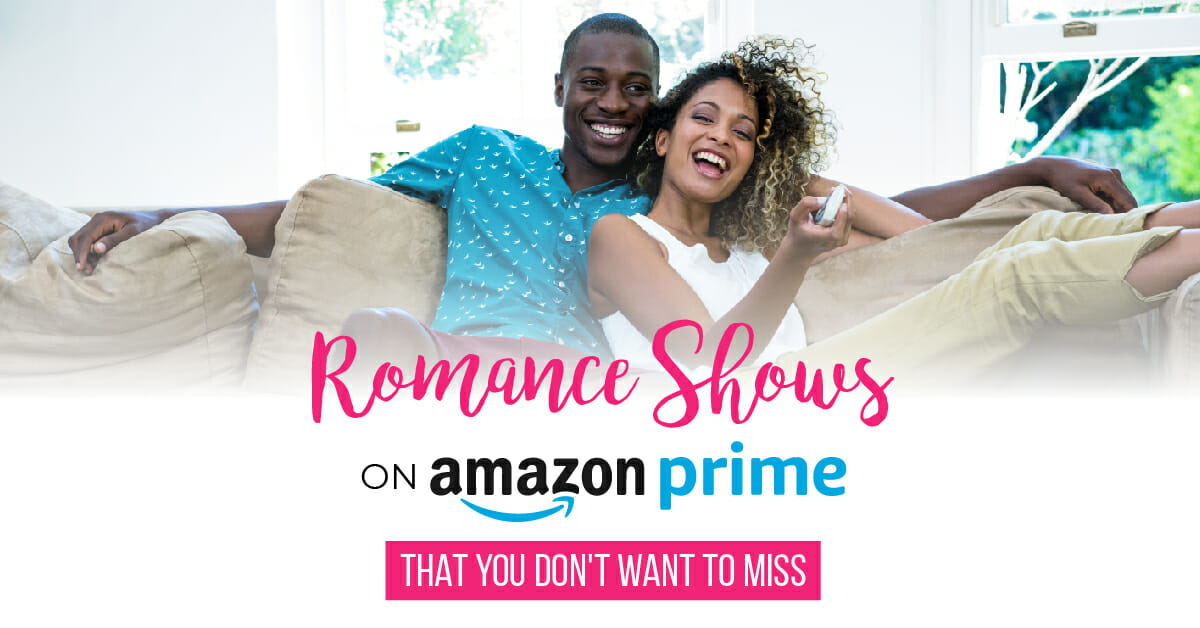