6 Book Reading Apps For Your Phone Or Tablet

Book reading apps are a life saver if you don’t want to buy a Kindle. If you own a phone/tablet anyway, why not make the most of it with these book reading apps? Obviously, compared to e-Readers, there are pros – it’s more convenient to read on your phone since you’ll probably have it with you anyway, phones are easier to carry around, and it’s totally free (excluding the prices of the books.) And, of course, there are some cons – screen glare makes it difficult to see in sunlight, it would probably drain your battery quicker, and if you’re concerned about the impact of blue light on your eyes, reading on your phone isn’t going to do you any favors. But, despite the cons, before making the investment into a Kindle, perhaps you should try out some free book reading apps first.

Save all that money you were going to spend on a Kindle to buy some books through the Kindle app instead. You get access to all the same books (even the free ones). The only difference is that you’re using your phone and/or tablet instead of a Kindle. Obviously, it isn’t exactly the same as using a Kindle, but it will save you a lot of money if you don’t mind the cons. It also works on Windows and Mac computers too!

If you have an Android, then you’ve probably already got this one automatically. But, if you have iOS don’t worry, you can actually get it as well. Or you have some variation of the same thing (see below). Either way, they don’t have quite the same library as a Kindle, but one perk is that you can read book PDFs and other formats downloaded from third-party sites. And you can hear any book read out loud.

See we said that most phones/tablets have some variation of the same thing. But this time it’s Apple (and only Apple – sorry Android users, but you can use Google Play books instead.) It works with ebooks and audiobooks downloaded from the Apple bookstore.

The Internet’s largest bookstore has their own book reading app. Yep, you heard that right – Barnes & Noble have created Nook. With millions of bestselling books and magazines, this app is perfect for the avid reader. They even have their own audiobook app as well.

Kobo is pretty much the same as Kindles, but not quite so popular. Created by Rakuten, Kobo produce their own e-readers as well, but they’ve also got an ebook and audiobook app.

Borrow ebooks, audiobooks, and more from your local public library for FREE! Not only is the app free, you can read books on Libby for free. You can even send books to your Kindle, if that’s what you’d prefer. Although Libby only works if your local public library uses OverDrive to lend digital titles, but if your library doesn’t work, you could always reach out to them. 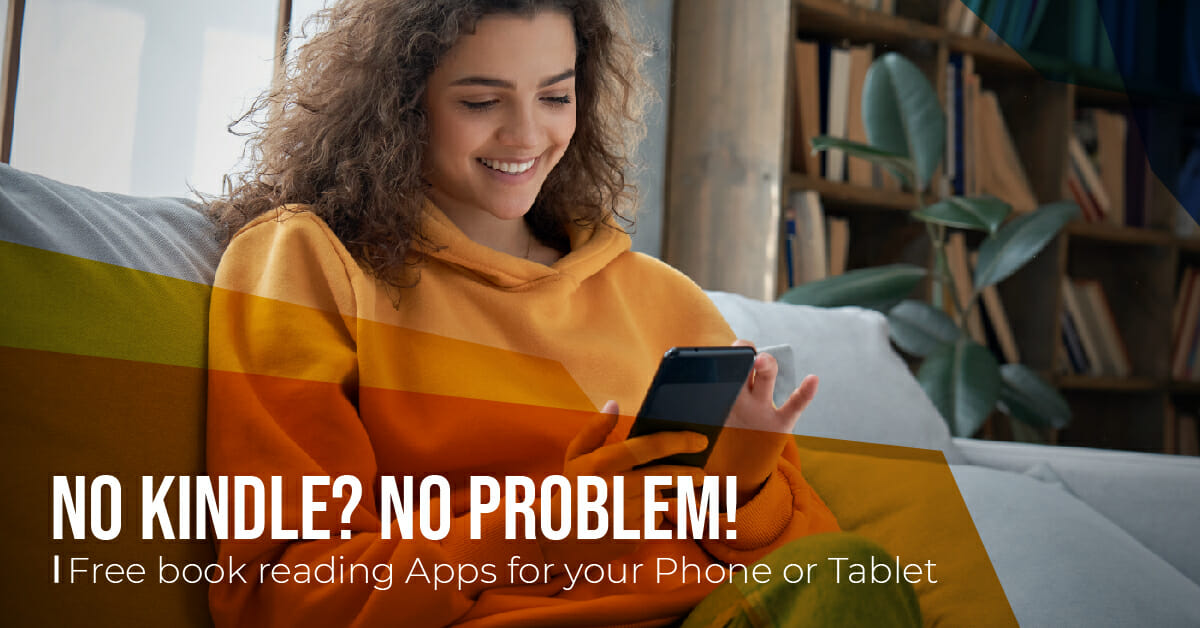