Go back to the past with Lisa Kleypas’ New Book.

Lisa Kleypas is known for her gorgeous historical settings that we absolutely adore, she’s got so many wonderful novels we just had to create a guide for you. But never mind all of her old books right now because – excitingly – this is about her brand new book! We could hardly wait for this book to come out on July 27th – we’ve just been so ecstatic. But now the wait is finally over – make sure you check it out now!!

The Ravenals series started with Cold-Hearted Rake in 2015, where we were introduced to the Ravenal family beginning with Devon, who definitely stole our hearts! Each novel has a new couple, all as charming and gorgeous as the last. And it’s so hard to believe that the series is on book 7 already. Devil in Disguise introduces Lady Merritt Sterling to Keir MacRae. Yay! Another couple for us to fall in love with.

New Release: Devil In Disguise – The Ravenals Book 7 – OUT NOW

New York Times bestseller Lisa Kleypas returns with an enthralling and steaming romance between a Scot with a mysterious past and strong-willed lady looking for adventure—and love.

“The devil never tries to make people do the wrong thing by scaring them. He does it by tempting them.”

Lady Merritt Sterling, a strong-willed young widow who’s running her late husband’s shipping company, knows London society is dying to catch her in a scandal. So far, she’s been too smart to provide them with one. But then she meets Keir MacRae, a rough-and-rugged Scottish whisky distiller, and all her sensible plans vanish like smoke. They couldn’t be more different, but their attraction is powerful, raw and irresistible.

From the moment Keir MacRae arrives in London, he has two goals. One: don’t fall in love with the dazzling Lady Merritt Sterling. Two: avoid being killed.

So far, neither of those is going well.

Keir doesn’t know why someone wants him dead until fate reveals the secret of his mysterious past. His world is thrown into upheaval, and the only one he trusts is Merritt.

Their passion blazes with an intensity Merritt has never known before, making her long for the one thing she can’t have from Keir MacRae: forever. As danger draws closer, she’ll do whatever it takes to save the man she loves . . . even knowing he might be the devil in disguise.

Check out the rest of the Ravenels Series below:

Devon Ravenel, London’s most wickedly charming rake, has just inherited an earldom. But his new rank comes with unwanted responsibilities and more than a few surprises. And Kathleen, a beautiful young widow who Devon is attracted to instantly.

Savage ambition has brought common-born Rhys Winterborne vast wealth and success. He gets exactly what he wants and from the moment he meets the shy, aristocratic Lady Helen Ravenel, he wants her. If he must take her virtue to ensure she marries him, so much the better.

Most debutantes dream of finding a husband. But lady Pandora Ravenel has different plans.She would much rather stay at home and plot out her new board game business. Yet one night at a glitering ball, she’s ensnared in a scandal with a wickedly handsome stranger.

Dr. Garrett Gibson, the only female physician in England, is as daring and as independent as any man. Until now, she has never been tempted to embark on an affair. Ethan Ransom, a former detective for Scotland Yard, is as gallant as he is secretive, a rumoured assassin whose true loyalties are a mystery.

Although young widow Phoebe, Lady Clare, has never met West Ravenel, she knows one thing for certain: he’s a mean, rotten bully. In boarding school, he made her late husband’s life a misery and she’ll never forgive him for it. But then she meets him and he sends a fire-and-ice jolt of attraction through her.

Railway magnate Tom Severin is wealthy and powerful enough to satisfy any desire as soon as it arises. It should be simple to find the perfect wife and from his first glimpse of Lady Cassandra Ravenel, he’s determined to have her. But she’s determined to marry for love, the one thing he can’t give.

Are you excited to read Lisa Kleypas’ new book?

If you you want more Lisa Kleypas and other reads, check out these articles: 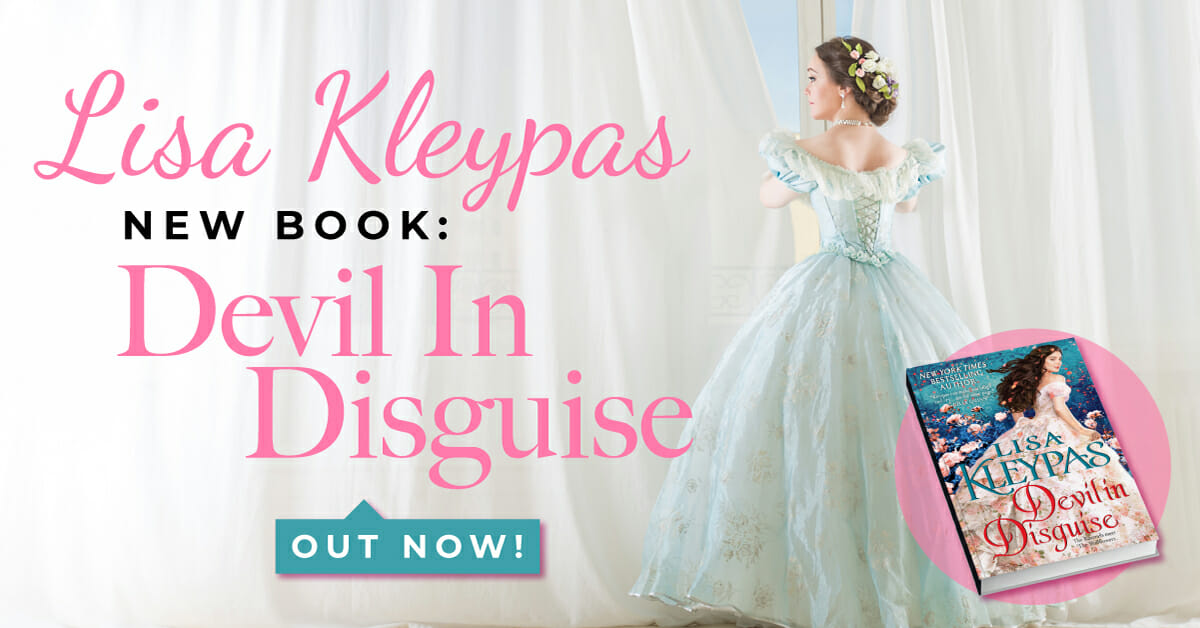