It’s Not Summer Without You: Our Thoughts

It’s Not Summer Without You by New York Times Bestselling Author Jenny Han is the second book in The Summer I Turned Pretty‘s trilogy. In only 288 pages the reader is thrown back into the familiar second home of Cousins Beach. We follow the turbulent ups and downs between Belly, Jerimiah, and Conrad and watch the trio of friends mature through heartache and grief.

It used to be that Belly counted the days until summer, until she was back at Cousins Beach with Conrad and Jeremiah. But not this year. Not after Susannah got sick again and Conrad stopped caring. Everything that was right and good has fallen apart, leaving Belly wishing summer would never come. But when Jeremiah calls saying Conrad has disappeared, Belly knows what she must do to make things right again. And it can only happen back at the beach house, the three of them together, the way things used to be. If this summer really and truly is the last summer, it should end the way it started—at Cousins Beach.

“There are moments in life that you wish with all your heart you could take back. Like, just erase from existence. Like, if you could, you’d erase yourself right out of existence too, just to make that moment not exist.”

If last summer was a dream, this summer is set out to be a nightmare.

After losing Susannah to cancer in May, Belly feels alone. Hardly speaking to Jerimiah and her relationship with Conrad being tense, Belly has little to hope for in Cousins Beach. After terse words at the funeral and Belly suspecting that Conrad’s affections lie elsewhere, the pair are not on speaking terms.

Grief weighs heavy on everyone through the summer, and this book presents the different ways that grief can overflow in a person with nuance and grace. Belly is missing Susannah greatly, whereas Conrad has gone rogue. As Conrad is missing from college with exams looming, Jerimiah and Belly are forced to go looking for the other Fisher brother. This trip forces us to appreciate the growth of Belly, whether it be due to grief or the creeping sense of adulthood: Belly is growing up. Jerimiah notices Belly in a different light.

We learn that Conrad skipping school was not through rebellion or disinterest. Conrad went to the beach house to prevent his late mother’s favourite place from being sold by his father. This new three-dimensional image of Conrad causes Belly to recall the previous relationship she had with Conrad – both the ups and downs.

A party causes some turbulent emotions between the love triangle, resulting in Belly calling her mother and begging her to help save the beach house. A terse mother-daughter relationship is exacerbated through the pair’s grief and harsh words are exchanged. Nonetheless, her mother agrees.

Jerimiah and Belly take Conrad back to college to take his exams. A heart-to-heart between Jerimiah and Belly results in the pair being caught kissing by a furious Conrad. The relationship between the three then takes a swift change, where things were not where they had been. Belly thinks she has made the right choice in the end, but feelings continue to linger.

Is It’s Not Summer Without You the second book?

It is! This is the second in the trilogy.

How does It’s Not Summer Without You end?

This book ends with Belly realising that although Conrad has feelings for her, he will never express them in the way that she needs. She makes the choice to chase her feelings with Jerimiah instead. Holding his hand in the car, Belly feels content with her choice.

Where Does It’s Not Summer Without You take place?

Although the books are set in the fictional Cousins Beach, such a place actually exists in North Carolina. Most of the scenes from the Amazon Prime Video adaptation of the prequel The Summer I Turned Pretty were filmed there. Author Jenny Han drew inspiration from many beaches when writing the series, including Nags Head, Virginia Beach, the Hamptons, and Cape Cod.

Is It’s Not Summer Without You appropriate?

There is nothing particularly shocking or explicit in this series. There are some important scenes which involve drinking and some mild violence. Nothing in this book is explicit enough where it would be inappropriate for ages 12+.

When does It’s Not Summer Without You come out?

If you’re asking about the book: great news! It has been out since 2010!

If you’re asking about the Amazon Prime Video adaption: sadly, there is no confirmed release date for the second season. But we can only hope that they’ll keep that iconic summer vibe and release it during the summer!

It’s Not Summer Without You takes the relationships of its prequel and only furthers their development. The reader is taken through constant ups and downs. The journey is an emotional one, with grief and the difficulties in managing more complex, adult feelings taking prevalence. There were times that the pages seemed to turn themselves. At times the arguments proved too repetitive and we found it a little difficult to intake all these emotions in one or two sittings. This book is one to savour slowly.

If we liked the characters in the last book, we loved them in this book! Han proves herself in writing realistic characters. The stage between adulthood and teenagehood is a difficult one to write and we’re impressed with how real these characters feel. Sometimes they make irrational decisions and sometimes we just wish they would say what they’re really thinking. Isn’t that exactly what we were all like at that age?

We can’t express it any better than this: we wish we spend our summers at this beach house! We know why everyone fought to stop Mr Fisher from selling it. Cousins Beach is the exact sort of place we wish we had spent our summers growing up. It perfectly encapsulates everything the book is about. The moving tide, the sand, the rocky waves: a place only ever touched by summer.

Grief is such a driving force in this book and takes a mature angle for a YA romance book, and it didn’t disappoint. The grief of losing Susannah Fisher propels most of the major storylines. This drew us in, the love-triangle unfolding in the middle of such an emotionally turbulent time makes the dramatics of some of the outbursts just make sense. Watching the relationship between Belly and Jerimiah grow and change its colours was truly magical. Not to mention that watching the trio grow and develop through the grief was truly heartwarming to experience.

Although this book is a little more heavy-hearted than its prequel, The Summer I Turned Pretty, it does the pain beautifully. Much like Han’s To All The Boys I’ve Loved Before series, the books never fall stagnant and continue to give us exciting twists and turns! Taking us back to Cousins Beach makes us feel like we’re coming back home, to the place only ever summer-kissed. It’s Not Summer Without You manages to wrangle the beauty of summer perfectly with the dark underbelly of its dangerous riptides.

A very strong sequel that leaves us on the edge of our seats for the final book in the series!

What did you think of It’s Not Summer Without You? Let us know! 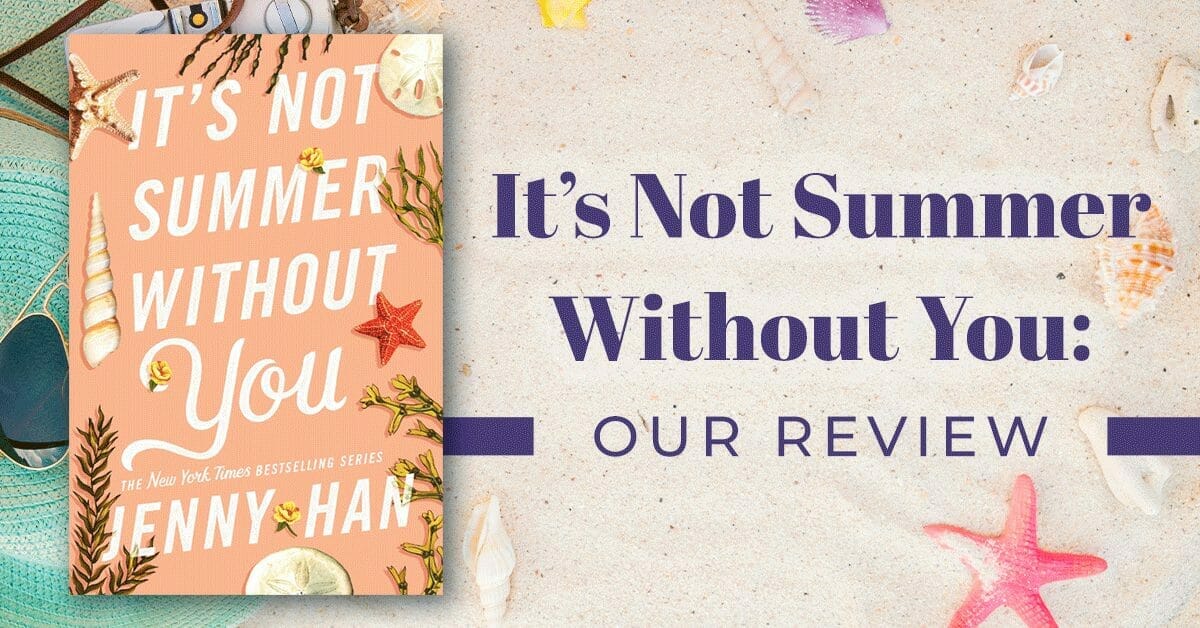