If there’s one thing that CoHo nails every time, it’s how heart-wrenching her novels are. We’ve read and reviewed so many books that have tugged on our heartstrings and taken us on an emotional rollercoaster. So, obviously, we keep going back for more. This time, we’re looking at Ugly Love by Colleen Hoover. Check it out now!

When Tate Collins meets airline pilot Miles Archer, she doesn’t think it’s love at first sight. They wouldn’t even go so far as to consider themselves friends. The only thing Tate and Miles have in common is an undeniable mutual attraction. Once their desires are out in the open, they realize they have the perfect set-up. He doesn’t want love, she doesn’t have time for love, so that just leaves the sex. Their arrangement could be surprisingly seamless, as long as Tate can stick to the only two rules Miles has for her.

Never ask about the past.
Don’t expect a future.

They think they can handle it, but realize almost immediately they can’t handle it at all.

Hearts get infiltrated.
Promises get broken.
Rules get shattered.
Love gets ugly.

At first we meet Tate, she is studying for her masters in nursing in San Francisco and only because it’s easier she has arranged to stay with her brother, Corbin, who is a pilot and because of his job, is not often at home.  When she arrives at Corbin’s apartment she finds a drunk guy passed out against the door she needs to get through.  When she contacts Corbin, he established that it is his friend Miles and he asks Tate to let Miles into his apartment.  Reluctantly Tate agrees and she takes the very drunk Miles inside.  Later she finds him, still drunk but in a distraught state, where he is crying and calling her Rachel.

The story is told from two POVs, firstly from Tate in present time and secondly from Miles POV which is set six years in the past.  The first time from Miles’ POV he is still in high school and it is the moment he first meets Rachel and falls instantly in love with her.  The two quickly become a couple and begin to encounter an almost obsessive love.  The two lovers face a lot of difficulty when they discover that Miles’ father and Rachel’s mother are also in a relationship (following the death of Miles mother).  As their father and mother announce that they intend to marry initially Miles and Rachel decide to bring their relationship to an end.  When that proves impossible then the two carry on with their now forbidden love in secret.

When we go back to Tate’s POV it is the next morning and Miles is sober and awake and the two argue.  And despite not wanting to Tate can’t help but find Miles attractive.  As Miles lives across the hall and is best friends with her brother it is impossible to avoid each other.  The mutual attraction ends up leading to a sexual relationship despite Miles’ two rules – Tate can’t know about his past or expect to be in his future.  Miles tells Tate that he cannot ever love again.  Despite Tate not wanting to end up in that kind of relationship she finds she cannot resist Tate and they end up as sexual lovers but not partners.

In the flashbacks we see more of Miles and Rachel’s relationship and these segments are peppered with a sense of foreboding.  Given Miles’ current emotional state it’s apparent that things didn’t end well but when we do find out about Miles’ past it is genuinely tragic.

Tate has fallen hard for Miles and he does treat her badly due to his own emotional scars.  Even though she knows she deserves better she can’t let go.  Can Tate get Miles to open up about his past to save their love, herself and him.

As always with Colleen Hoover this was an obsessive fast read that was hard to put down.  I literally consumed the whole book within 24 hours.  It is one of CoHo’s specialities creating intense characters who in turn have intense relationships.  Tate and Miles are no exception to this and their story is a compelling one.

Miles torment and torture are clear through the pages and I was constantly hoping that he and Tate would find a way through so that he could find happiness again.  The book title is about the ugly side of live.  About the pain and torment that only love can bring when disaster strikes.  The opposite of the beautiful side of love.  So the question that we seek the answer to is that if Miles is willing to risk the ugly side of love again to reach the possibility of the beautiful side of love. We definitely recommend this as a must read!

What is the theme of Ugly Love?

The theme of Ugly Love is how much love can hurt and how much loving someone can cause someone immense pain. But the question that it answers is if love is still worth the risk. Is it worth risking suffering the ugly side of love in order to experience the beautiful side of love.

Does Ugly Love have a sad ending?

As much as it may seem there is no happy ending in sight for Tate and Miles Ugly Love does not have a sad ending. So if HEA is your preference then don’t let the worry of a sad ending put you off from reading Ugly Love.

Do Tate and Miles have a baby?

Yes, at the end of Ugly Love Tate and Miles have a baby daughter and they name her Cap.

Does Miles fall in love with Tate?

Yes, Miles does fall in love with Tate, that becomes apparent early on despite how he treats her sometimes. Throughout the book we find if Miles will let himself freely love and be loved by Tate.

Did you love Ugly Love as much as we did? Let us know! 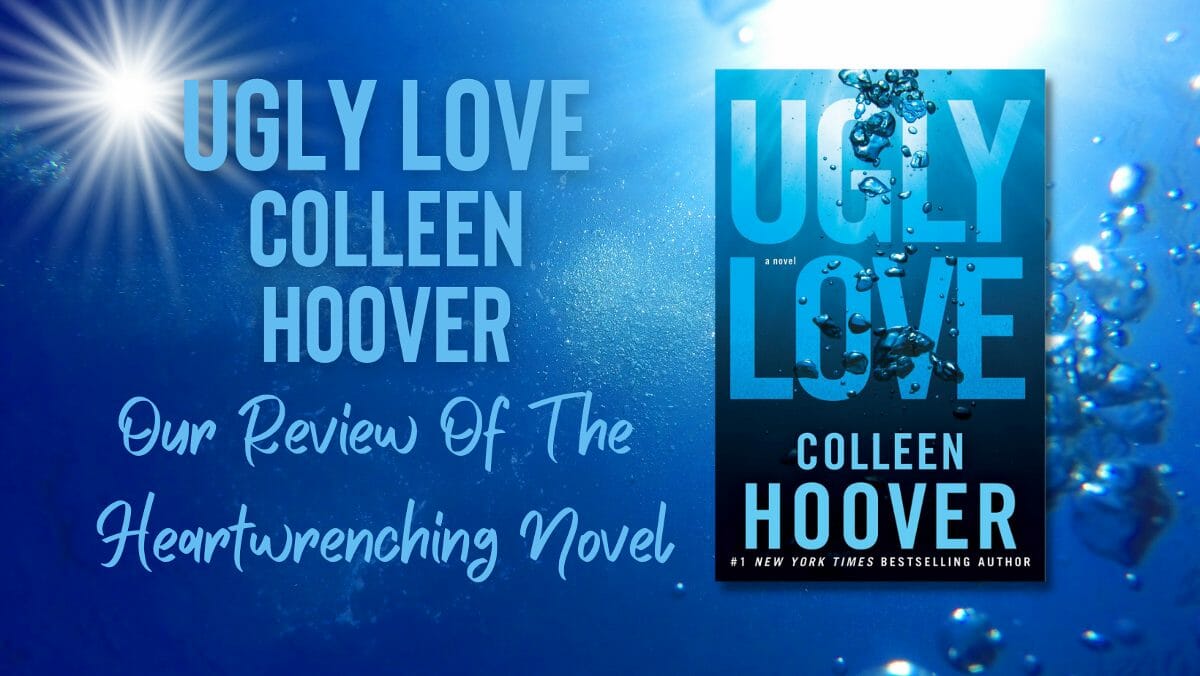