Layla Colleen Hoover is a haunting novel that takes a step away from her usual style of writing. With paranormal elements, Layla is completely different to anything CoHo has written before. Which made us so much more excited to read it!

Leeds thinks he’ll spend the rest of his life with Layla. Until an unexpected attack leaves her fighting for her life. After weeks in the hospital, Layla recovers physically, but she’s emotionally and mentally scarred. She’s nothing like the girl Leeds fell in love with. So Leeds takes her back to the B&B where they first met, but her behaviour takes a bizarre turn. Leeds takes solace in Willow, another guest at the B&B. But his decision to help Willow find answers conflicts with Layla’s well-being.

When Leeds meets Layla, he’s convinced he’ll spend the rest of his life with her—until an unexpected attack leaves Layla fighting for her life. After weeks in the hospital, Layla recovers physically, but the emotional and mental scarring has altered the woman Leeds fell in love with. In order to put their relationship back on track, Leeds whisks Layla away to the bed-and-breakfast where they first met. Once they arrive, Layla’s behavior takes a bizarre turn. And that’s just one of many inexplicable occurrences.

Feeling distant from Layla, Leeds soon finds solace in Willow—another guest of the B&B with whom he forms a connection through their shared concerns. As his curiosity for Willow grows, his decision to help her find answers puts him in direct conflict with Layla’s well-being. Leeds soon realizes he has to make a choice because he can’t help both of them. But if he makes the wrong choice, it could be detrimental for all of them.

It’s definitely a case of love at first site when Leeds meets Layla. The two meet at her sister’s wedding where he is an enthusiastic member of the band brought in for the entertainment. When Leed’s spots Layla she immediately makes the night more interesting, even though Leeds does appreciate that she is a very bad dancer. After then wedding is over, the two meet and sparks start to fly and they end up spending the night together.

One night turns out to not be enough for the enamoured couple and they end up staying longer at the wedding hotel long after the rest of the guests have departed. Even then the loved up pair can’t bear to be separated so they go to stay at Leeds place as they get to know each other better.

Layla encourages Leeds to leave the band that he hates and to branch out in his own music career, something that he struggles to do due to a lack of confidence. He already has a small social media following for his music but with Layla’s encouragement he begins to build his music career. Everything seems perfect for the couple but that isn’t to last.

Leeds unwittingly posts a picture of the couple in bed together and is shocked by the negative response towards Layla from his fans. For her protection he immediately deletes the picture. But it is already too late. Whilst Leeds is in the bathroom he hears a knock at the door, then there is a gunshot. Leeds rushes out but it is too late. Layla has been shot and the perpetrator is still there. It is Leeds ex-girlfriend who also runs an unofficial fan club, Sable.

Fortunately Layla survives the attack but she leaves the hospital a changed woman. Leeds puts this change in her down to the trauma that she has suffered and he whisks her away to the hotel where they first met to give her time to heal. The hotel is not longer in business but the building is for sale so Leeds rent it as a retreat for the couple.

Strange happenings begin soon after they arrive which Leeds finds hard to explain. Meanwhile Layla’s trauma doesn’t improve and she is also suffering from memory loss and struggles to remember details that happened before the attack.

Eventually Leeds makes contact with a ghost at the hotel, at first he is scepticle but soon realises that what he is seeing is real. They communicate, first through hitting piano keys and then eventually the ghost types on Leeds laptop. She tells Leeds that her name is Willow and that she doesn’t know who she is or why she is there. Soon Willow finds that she can take over Layla’s body when Layla is asleep and she uses this opportunity to spend more time with Leeds. Leeds is intrigued by Willow and finds that he wants to help her find out why she is trapped at the hotel as her spirit seems unable to leave.

Leeds continues to allow Willow to use Layla’s body so they can spend time together. Meanwhile he is feeling increasingly distant to Layla as it doesn’t seem as though Layla is the person she was when they met. And as his distance with Layla grows as does his connection to Willow. Leeds finds that he wants to spend more time with Willow instead of Layla, though he does feel guilt in them using Layla’s body in the way that they are.

Through an online forum Leeds makes contact with someone who claims to know how to help Willow. Leeds is initially reluctant but when he realises that he can’t continue to allow Willow to use Layla’s body he begins to consider the offer of help.

When full of guilt Leeds tries to leave with Layla, Willow stops them and Leeds starts to see Willow as a threat. Still, he doesn’t want to leave Willow there so he contacts the internet forum man. Layla finds out what is going on with Willow and she reacts badly so Leeds ends up restraining her and keeping her locked in the bedroom while they wait for help to arrive.

When the man arrives Leeds tells him everything and the man has answers for Leeds, Layla and Willow. But even though he has the answer he does not have a solution. That is going to be something that Layla, Leeds and Willow will have to figure out for themselves.

This is a step away from CoHo’s usual style of writing as it’s the first time that she has branched into the paranormal. As always she does an excellent job of drawing the characters, free-spirited Layla and upcoming music star Leeds. There are instant sparks between the couple until the accident that almost cuts their blossoming relationship short. In the aftermath when Layla is changed by the trauma we see that Leeds wants to his best by Layla and his intentions are good when he takes Layla away to where they first met.

The spooky atmosphere is built up well when Willow first starts to make her presence known. That doesn’t make this a scary book though, we learn early on that Willow is not a threat to the couple. She is a confused spirit who doesn’t know why she is there but she is unable to leave. Willow does come across as likable but when Leeds starts to allow Willow to use Layla’s body it does begin to seem as though he doesn’t have Layla’s best intentions at heart. Coupled with the fact that we learn from the start that Leeds has Layla tied up in the building whilst he takes to the paranormal investigator it definitely makes us question his character.

As he continues to grow closer to Willow and wanting to spend more time with her and instead of Layla he becomes even more questionable as a good person. After all, Layla was injured as a result of her connection to Leeds and it begins to seem as though he is abandoning her after the trauma changed her. I do think that this was the intention of the author as when we are dealt a huge plot twist it makes everything more understandable.

In conclusion this was an amazing read and even if paranormal romance isn’t your thing but you like Colleen Hoover’s other books then you will still enjoy Layla.

Does Layla by Colleen Hoover have a happy ending?

Yes, Layla by Colleen Hoover does have a happy ending so if you prefer your books to end with a HEA then you won’t be disappointed by Layla!

Is Layla by Colleen Hoover scary?

Layla by Colleen Hoover tells the story of Leeds and Layla. The couple fall madly in love until tragedy befalls them when Layla is attacked. When Layla seems changed by the trauma Leeds takes Layla away to the place where they first met to give her time to heal. While there spooky happenings take place and Leeds meets Willow a ghost who is haunting the hotel. Leeds and Willow are able to communicate and Leeds finds himself more drawn to Willow and more distant from Layla. Leeds has to figure out a way to help Willow without losing Layla.

Is Layla a standalone book?

Yes, Layla is a standalone book and not part of a series. The story comes to a conclusion and doesn’t end on a cliffhanger.

Is Layla by Colleen Hoover a series?

No, Layla by Colleen Hoover is not a series, it is a standalone title. The story comes to a conclusion and doesn’t end on a cliffhanger.

What did you think of Layla? Let us know! 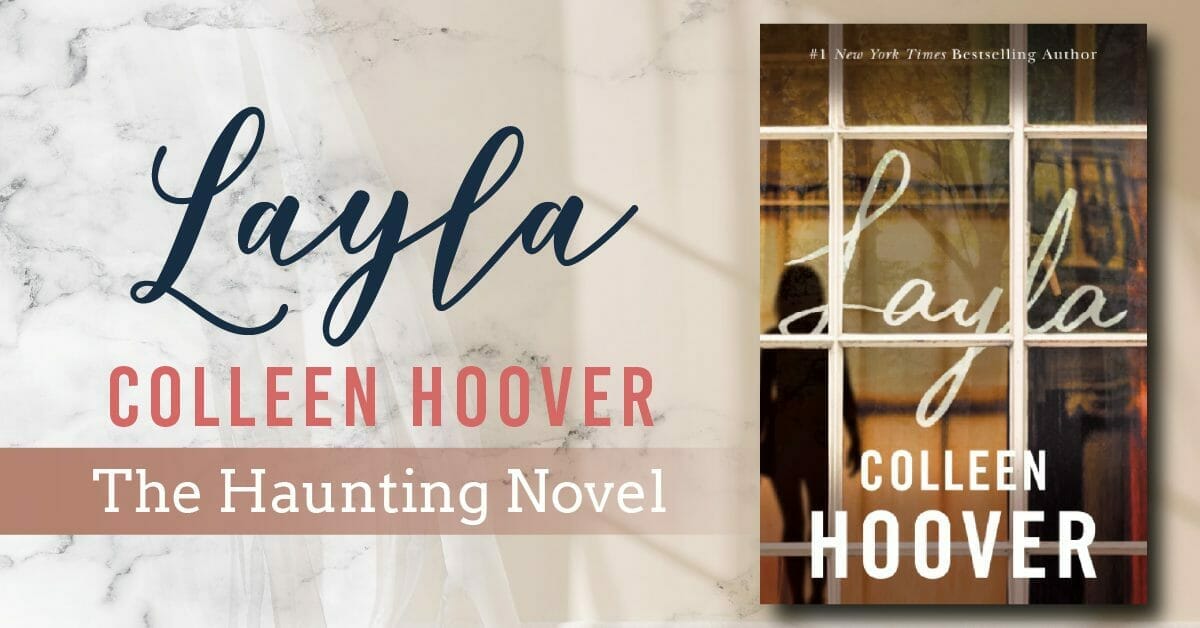