Reminders Of Him Colleen Hoover – Our Review

Reminders of Him Colleen Hoover is about a troubled young mother who years for a shot at redemption. It’s heart-breaking and heart-wrenching story. But yet, at the same time, a very hopeful story. Check out our thoughts now!

Reminders Of Him – Colleen Hoover

A troubled young mother yearns for a shot at redemption in this heartbreaking yet hopeful story from #1 New York Times bestselling author Colleen Hoover.

After serving five years in prison for a tragic mistake, Kenna Rowan returns to the town where it all went wrong. She is hoping to reunite with her four-year-old daughter. But the bridges Kenna burned are proving impossible to rebuild. Everyone in her daughter’s life is determined to shut Kenna out. No matter how hard she works to prove herself.

The only person who hasn’t closed the door on her completely is Ledger Ward. A local bar owner and one of the few remaining links to Kenna’s daughter. But if anyone were to discover how Ledger is slowly becoming an important part of Kenna’s life, both would risk losing the trust of everyone important to them.

The two form a connection despite the pressure surrounding them. But as their romance grows, so does the risk. Kenna must find a way to absolve the mistakes of her past in order to build a future out of hope and healing.

Caution: May contain mild spoilers but there are no big spoilers revealed here!

When we first meet Kenna she is booking herself accomodation at a cheap apartment block as this is all she can afford. She has just been released from serving a prison sentence for causing the death of her boyfriend, Scotty. Scotty died after she caused an accident when she had been driving over the alcohol limit. After the accident Kenna also abandoned the scene, believing that Scotty was already dead. At the trial it was revealed that it actually took several hours before he died. And that if Kenna had stayed with and called for help then it was likely that he would have survived.

Also, it wasn’t until after his death that she found out that she was pregnant with his child. The child was born whilst she was in prison and custody was granted to the parents of Scotty (the child’s paternal grandparents). Upon her release she is moving back to Scotty’s hometown so that she can be close to her daughter, Diem. Even though she realizes there is little chance that she will be allowed to see her daughter as Scotty’s parents hold her responsible for the death of their son. But Kenna so needs to see the daughter that she only saw for moments at her birth that she is willing to do everything to try.

After arriving in the town Kenna makes her way to where a bookstore used to be and finds that it has been turned into a bar. She goes inside regardless and is served coffee by the owner, Ledger. The two feel a connection and they talk until Kenna leaves. Kenna tells him that her name is Nicole (her middle name) as she knows that people in the town may remember her badly. Later that evening when Kenna goes back to the bar the two connect even more and they end up leaving together. They make out in his truck but before things go too far they are interrupted.

Desperate to get her life back on track for her daughter Kenna applies for any job that she can. Although it proves difficult with her criminal record. She does manage to get a job in a supermarket. Whilst she is working she bumps into Ledger again. Soon Kenna figures out who Ledger is. He is the best friend (that she never met) of Scotty, the boyfriend that she was imprisoned for killing. Once Kenna realsies who Ledger is she is torn between staying away from him and keeping him close. This is both because of her feelings towards him and because of his connection to her daughter.

It doesn’t take long before Ledger also figures out who Kenan is too. Initially he is angry at her, believing that she was using him. Eventually he begins to see how desperate and broken Kenna is. Then he starts to believe it is wrong to keep a mother from her child, despite the fact that is what Scotty’s parents are determined to do. As the situation becomes more impossible with Scotty’s family. It is looking increasingly unlikely that Kenna will ever get to meet Diem Kenna becomes more and more broken. Is Ledger willing or able even to help fix Kenna. As he becomes torn between Kenna and the family of his childhood friend that he has known his whole life.

This is what CoHo is a master at and she has knocked it out of the park yet again. Coleen does an amazing job at depicting Kenna. She is a woman who committed a horrendous crime when she caused the accident and walked away, unwittingly leaving her boyfriend to die. Yet Kenna is so well drawn as a woman haunted by guilt at what she has done and so very broken by it. She is tortured at the past and by never having seen her own daughter. Yet Kenna handles the situation with her daughter well. She holds back and never goes charging in with care not to upset the stable situation that she knows Scotty’s parents have provided for Diem.

Likewise Ledger is portrayed well as a man who clearly has feelings for Kenna and has great sympathy for her plight yet is torn by his loyalty to Scotty’s parents. And ultimately his number one priority is the love and protection he feels towards Diem, a child whose upbringing he has remained greatly involved in.

This is a real emotional rollercoaster as the situation seems hopeless and that there seems to be little chance of a good outcome for Kenna. As always Colleen keeps us hanging on as we hope for a good solution for every well drawn character involved. This is one heart-wrenching must read!

Are you excited to read Reminders Of Him Colleen Hoover? Let us know! 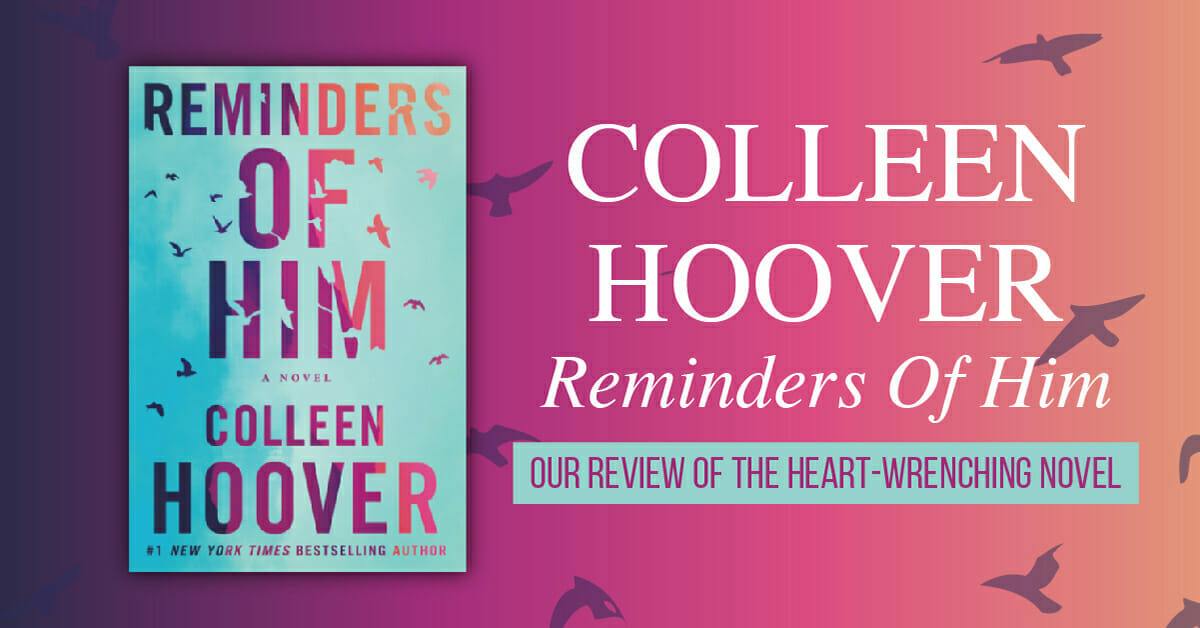