The Book Of Two Ways By Jodi Picoult – Our Review

A powerful novel about the choices that alter the course of our lives, The Book of Two Ways by Jodi Picoult has been a book we’ve been wanting to read since it came out! Check out our review on this must-read novel right now!

The Book Of Two Ways

Prepare for a crash landing, the flight attendant tells the plane. Dawn Edelstein braces herself and the thoughts rushing through are not of her husband, but of a man she last saw fifteen years ago: Wyatt Armstrong. Dawn survives miraculously and could return to her husband and daughter. But is that the life she wants to live? Should she instead go to Egypt and find Wyatt?

Everything changes in a single moment for Dawn Edelstein. She’s on a plane when the flight attendant makes an announcement: Prepare for a crash landing. She braces herself as thoughts flash through her mind. The shocking thing is, the thoughts are not of her husband but of a man she last saw fifteen years ago: Wyatt Armstrong.

Dawn, miraculously, survives the crash, but so do all the doubts that have suddenly been raised. She has led a good life. Back in Boston, there is her husband, Brian, their beloved daughter, and her work as a death doula, in which she helps ease the transition between life and death for her clients.

But somewhere in Egypt is Wyatt Armstrong, who works as an archaeologist unearthing ancient burial sites, a career Dawn once studied for but was forced to abandon when life suddenly intervened. And now, when it seems that fate is offering her second chances, she is not as sure of the choice she once made.

After the crash landing, the airline ensures that the survivors are seen by a doctor, then offers transportation to wherever they want to go. The obvious destination is to fly home, but she could take another path: return to the archaeological site she left years before, reconnect with Wyatt and their unresolved history, and maybe even complete her research on The Book of Two Ways—the first known map of the afterlife.

As the story unfolds, Dawn’s two possible futures unspool side by side, as do the secrets and doubts long buried with them. Dawn must confront the questions she’s never truly asked: What does a life well lived look like? When we leave this earth, what do we leave behind? Do we make choices . . . or do our choices make us? And who would you be if you hadn’t turned out to be the person you are right now?

In the very first chapter Dawn Edelstein finds herself plummeting towards earth in a plane crash. Miraculously she is one of the very few survivors. In the aftermath of the crash Dawn finds herself not thinking of her husband, Brian but of Wyatt, a long ago lost love. After she has received medical attention the airline staff ask her where she needs to go. Not where she wants to go. Dawn wonders if she should go home to her husband and daughter, Meret or to find Wyatt.

This is where the story splits into two timelines.

In one timeline “Water/Boston” she returns home to her husband and daughter. Dawn works as a death doula, this is someone who helps people make the journey towards death, dealing with any requests that a person may have in their final months, weeks or days to help them on their transition to death. She is married to Brian, a professor at Yale and they have one teenage daughter, Meret. There is some friction in the marriage as Brian had been spending time with Gita, a post graduate. Although he insists that nothing happened between them Dawn still has doubts and is angry that Brian missed their daughter’s birthday dinner when he was with Gita and didn’t answer the messages that she sent him.

In the second timeline “Land/Egypt” Dawn returns to Egypt. Before she met and married Brian Dawn was working after she had graduated from Yale and was pursuing a career in Egyptology. It was there that she met Wyatt and the two had begun an affair. When she was younger Dawn had to leave Egypt abruptly when her mother was diagnosed with cancer. After he mother’s death she became the guardian for her younger brother so never returned to Egypt.

But in the Land/Egypt timeline Dawn returns and reconnects with Wyatt, who is now working as Director of Egyptology at Yale and is working on unearthing a previously undiscovered tomb. Wyatt agrees to let Dawn stay and help out while she continues her work on “The Book Of Two Ways”, which was her research project until she had to leave. The Book Of Two Ways is an ancient Egyptian coffin text which includes a map that shows the two paths a person can take in the afterlife. On the dig the tomb is unearthed fully intact, with the earliest version of The Books Of Two Ways ever discovered inside.

In the “Water/Boston” timeline Dawn and Brian are working on their marriage, with Brian making an effort to be more considerate. Dawn also tries to support Meret as she goes through teenage insecurities, Meret is a very smart teenager but she has insecurities about her weight and when she goes to summer camp she gets bullied. Eventually when Meret enrolls on a new program she finds a PE teacher who is very supportive to her.

In Egypt Dawn and Wyatt begin to draw closer together once again, which makes Dawn wonder about how her life could have been if she had followed a different timeline.

In Boston Dawn takes on a new client, Win. Win is in her forties but she has terminal cancer, Dawn finds she relates to Win as they are of similar age. Win has a request of Dawn that will lead her to London. But just before Dawn leaves she makes a shock discovery about her own life that could change everything.

What follows is some twists and turns that could turn the world upside down for Dawn, Wyatt, Brian and Meret. Which reality is the right one and Dawn will find that she has some very big choices to make.

The Book Of Two Ways is not a light read but Jodi Picoult books don’t tend to be anyway. There is plenty of information about Egyptology, which at times can be overwhelming. Jodi Picoult has clearly done her research here and the knowledge is evident but it can tend to bog the story down a bit. Having said that the premise here is very interesting.

The Egyptian Book Of Two Ways is about the two paths that a person can take in the afterlife – the water path or the land path, hence the Water/Boston and Land/Egypt chapters. It is when Dawn herself is faced with death in the plane crash that she begins to consider the two paths that she could have taken in life.

Jodi Picoult does an excellent job at weaving the two time lines together as Dawn considers what could have been but also what could yet be. At its very core this is a romance about Dawn and her lost love Wyatt. It is mired in Egyptology facts that can make the story feel lost at times but if you can wade through all the terminology then there is a very interesting, thought provoking story here.

What is The Book of Two Ways by Jodi Picoult about?

The Book Of Two Ways by Jodi Picoult is about Dawn Edelstein. She is involved in a near death experience when her plane almost crashes. This makes her think about the life that she is living versus the life she could have lived. So it is a book about the choices we make and the paths that these choices then lead us to.

The following authors write similar to Jodi Picoult so if you like Jodi Picoult then you may also like these authors:

Jodi Picoult’s latest book is Wish You Were Here, which was released on November 30 2021. Her next book will be Mad Honey that will be released on October 4 2022.

What was Jodi Picoult’s first book?

Jodi Picoult’s first book is Song Of The Humpback Whale. It was released in 1992 and it tells the story of Jane Jones who has lived in the shadow of her husband, renowned San Diego oceanographer Oliver Jones, for years. But during an argument, Jane turns on him and leaves with their teenage daughter, Rebecca, for a cross-country odyssey charted by letters from her brother Joley. 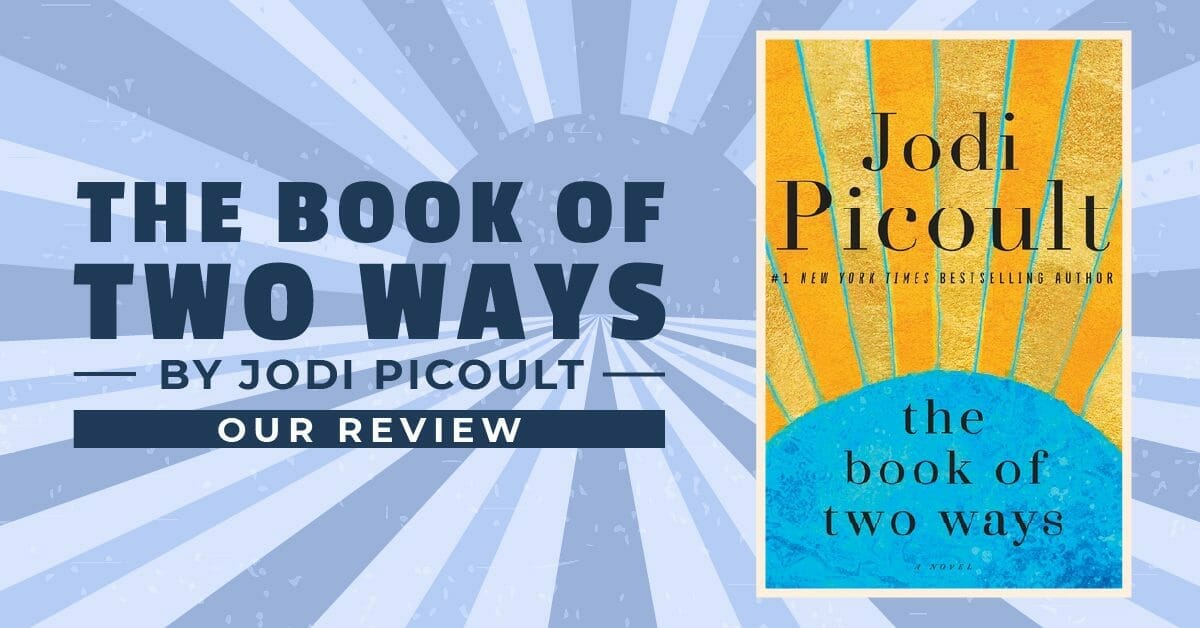