Jodi Picoult New Book – Wish You Were Here Out NOW!

We’ve been counting down the days for Jodi Picoult’s new book and now it’s finally here! Wish You Were Here is a deeply moving novel about the resilience of the human spirit in a moment of crisis. The newest release by the #1 New York Times bestselling author promises to be just as amazing as the rest of her novels. So make sure you check it out now!

From the #1 New York Times bestselling author of Small Great Things and The Book of Two Ways comes “a powerfully evocative story of resilience and the triumph of the human spirit.” (Taylor Jenkins Reid, author of Malibu Rising)

Diana O’Toole is perfectly on track. She will be married by thirty and done having kids by thirty-five. She will move out to the New York City suburbs, all while climbing the professional ladder in the cutthroat art auction world. She’s an associate specialist at Sotheby’s now. But her boss has hinted at a promotion if she can close a deal with a high-profile client. She’s not engaged just yet. But she knows her boyfriend, Finn, a surgical resident, is about to propose on their romantic getaway to the Galápagos—days before her thirtieth birthday. Right on time.

But then a virus that felt worlds away has appeared in the city. On the eve of their departure, Finn breaks the news: It’s all hands on deck at the hospital. He has to stay behind. You should still go, he assures her, since it would be a shame for all of their nonrefundable trip to go to waste. And so, reluctantly, she goes.

Almost immediately, Diana’s dream vacation goes awry. Her luggage is lost, the Wi-Fi is nearly nonexistent, and the hotel they’d booked is shut down due to the pandemic. In fact, the whole island is now under quarantine, and she is stranded until the borders reopen. Completely isolated, she must venture beyond her comfort zone. Slowly, she carves out a connection with a local family when a teenager with a secret opens up to Diana, despite her father’s suspicion of outsiders.

In the Galápagos Islands, where Darwin’s theory of evolution by natural selection was formed, Diana finds herself examining her relationships, her choices, and herself—and wondering if when she goes home, she too will have evolved into someone completely different.

Are you as excited as we are to read the Jodi Picoult new book? Let us know! 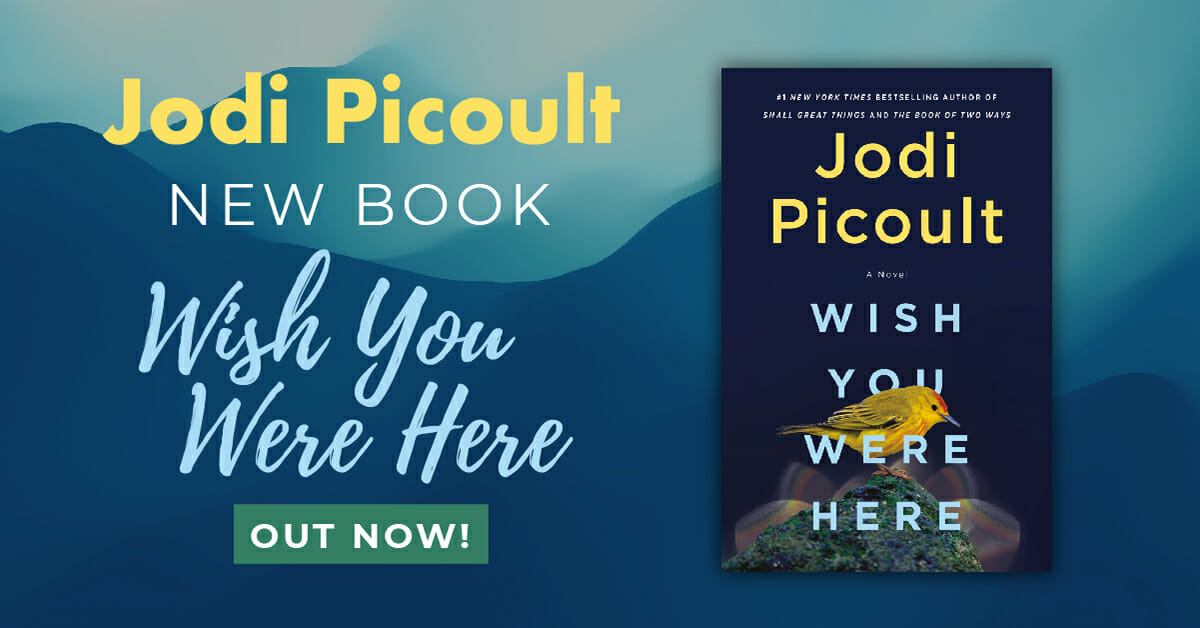