30 Steamy Movies On Netflix For A Hot Night In!

When it comes to steamy movies, Netflix doesn’t shy away from turning up the heat with titles like 365 Days get your heart racing. If you’re like us and maybe want to make a marathon out of it (no judging!) Here are 30 of our top streaming picks loaded with heat and all the sexy you can handle!

We also are in love with romance heavy movies, if you’re like us you might also want to check out our top picks for best romantic movies on Netflix.

Massimo is a member of the Sicilian Mafia family and Laura is a sales director. She does not expect that on a trip to Sicily trying to save her relationship, Massimo will kidnap her and give her 365 days to fall in love with him.

The movie that made calling women “baby girl” popular again. There’s a lot of hype around this film and for good reason. Expect more steam than plot and enjoy it for what it is: A movie to get you hot and bothered!

We like how this film holds a magnify glass to relationships and all their tribulations. It’s as thought provoking and dramatic as it is sexual.

Her abusive husband is dead, killed by her lesbian friend who would do anything for her. Now they’re running for their lives.

This Japanese romantic drama is based on the manga comic book, Gunjo, written by Ching Nakamura. The acting is superb but be warned, it’s long! 2 hours and 22 minutes.

The line between fiction and reality begins to blur when a struggling writer hires a woman to watch over her twin children.

This thriller is a must-watch. Yes, the main character’s sexual fantasies are hot, but if you’re wanting a solid and thought-provoking “who done it” storyline with steam, this is it. We loved it.

A young couple experience the intensity and fragility of first love, as life events tarnish their idealized notions of romance.

This Spanish drama is full of sexy scenes, but also explores some of the more toxic traits of young passion, such as jealousy. We love it for the rich Spanish culture and artistic exploration.

Based on the 2014 new adult fiction novel of the same name by Anna Todd. An inexperienced college girl begins to romance a mysterious student who makes her question all she thought she knew about herself – and what she wants out of life.

Trigger warning – this story is a bit dark. The film received some criticism for “glamourized abusive relationships”. If that’s not for you, then you may want to skip this one and its sequels.

The sequel to After (2019). Tessa finds herself struggling with her complicated relationship with Hardin. She faces a dilemma that could change their lives forever.

Two sisters, Lucía and Ofelia, finally reunite after seven years at Lucia’s wedding. However, when Lucia’s husband and Ofelia meet, they feel an immediate connection.

This film about a woman falling in love with her sister’s husband received a lot of criticism but one thing is certain: it’s hot!

Rebecca has a very unusual secret, one that not even her best friends know about. The last person on earth she expects to reveal it to is a high priced escort named Paris.

This drama, while sexy, will leave you in tears. It’s more about the trials of marriage, raising a family, and being true to oneself. Have the tissues handy.

A Catholic school girl finds herself having tempting thoughts after an AOL chat turns unexpectedly racy. When a rumor lands her at a spiritual retreat with her friends, things get hotter and more complicated.

In 1960s Paris, Madame Claude’s influence extends beyond the world of sex work – until an affluent young woman threatens to change everything.

This interesting tale is worth it for the eye candy alone.

A university professor running for the National Assembly and his art gallery deputy curator wife consider trading their ethics to gain entry into high society.

This Korean drama pushes the limits with a high price for the main characters who will do anything to be a part of the cut-throat politics of South Korean high society. Including the occasional sexual favor. We think this movie deserves more acclaim.

A hard-partying New York college freshman (Morgan Saylor) tries to get a drug dealer (Brian “Sene” Marc) out of jail.

This American drama is  Elizabeth Wood’s directorial debut; a dark, twisted tale about a romance that goes wrong way more than it goes right.

Martina is frigid and disenchanted with love. Her sister, alongside her attractive boyfriend, compels Martina to go to Chile with one objective in mind; getting back her libido.

Two women, jaded by dishonest and broken relationships, make a pact to spend 24 uninterrupted hours together, having sex on the hour. Their romantic experiment intends to create a new form of intimacy, but it doesn’t quite go as planned.

This independent film definitely oozes with steamy scenes, but also takes a crud look at relationships and sexuality.

After a bust with his girlfriend, a guy ends up in the arms of a seductive newcomer. Afterwards, she develops an obsession with keeping the newly found romance alive.

This high school thriller will keep your pulse racing. More horror story than romance, but with some steam, it’s worth a watch.

On holiday in the south of France, three friends in their 40s deal with loss and heartbreak while having steamy affairs with much younger men.

A delightful French comedy film directed by Axelle Laffont. What’s not to love about women in their 40s discovering their sexual power?

In 1885, Elisa and Marcela meet and form a great friendship, which grows into a forbidden love that they have to keep hidden. In 1901, Elisa adopts a male identity in order to marry the woman she loves.

During Communist rule, a Polish gynaecologist and sexologist defies taboo and fights to publish her groundbreaking book on love and sex.

This autobiography film is based on a true story and well-worth the watch.

Michael (Robert Ri’chard) takes a job as an exotic dancer to make ends meet, and as the money rolls in, he has to deal with the attention of the female club goers while hiding his job from his mother and girlfriend.

The Chocolate City dancers come together to save their club from foreclosure. They decide to enter a national stripper competition, traveling all the way to Las Vegas to try their luck.

When her account is stolen by a look-alike, a cam girl sets out to unmask the mysterious woman and get her identity back.

This American psychological horror film is loosely based on the writer’s real-life experience as a cam girl and has won numerous film festival awards.

A young couple begins to unravel when unexpected opportunities lead them down a volatile and violent path.

Trigger warning – this film is about domestic violence.

Four stories that shed light on modern relationships from the viewpoint of the woman, from strained marriages to sexual hiccups.

Lust Stories is a 2018 Indian Hindi-language anthology film, consisting of four short segments. It is one of three anthology films and is a delightful look at the culture as well as the expectations and experiences that bind us all.

An awkward teenager is besotted by his alluring and aloof classmate, until he meets an attractive hotel clerk while on holiday.

This coming-of-age Romanian film is about a nerdy teenage boy caught in a love triangle between the girl he likes, and the girl who likes him. Get ready to laugh at this cute but raunchy sex-filled film.

Under investigation as a suspect in her husband’s murder, a woman reveals details of their thorny marriage that seem to only further blur the truth.

Know as the “most-watched” Hindi film on Netflix. This dark love story is full of suspense and frenzied passion.

A socially awkward 16-year-old meets her mother’s fiancé, a man whose charm, intelligence, and good looks seem too perfect to be human.

This “alien-encounter” horror story is weirdly sexual thanks to Trey Tucker’s good looks. If you don’t like squirmy things, don’t watch this one.

Did we miss one of your favorite steamy movies on Netflix? Tell us in the comments. 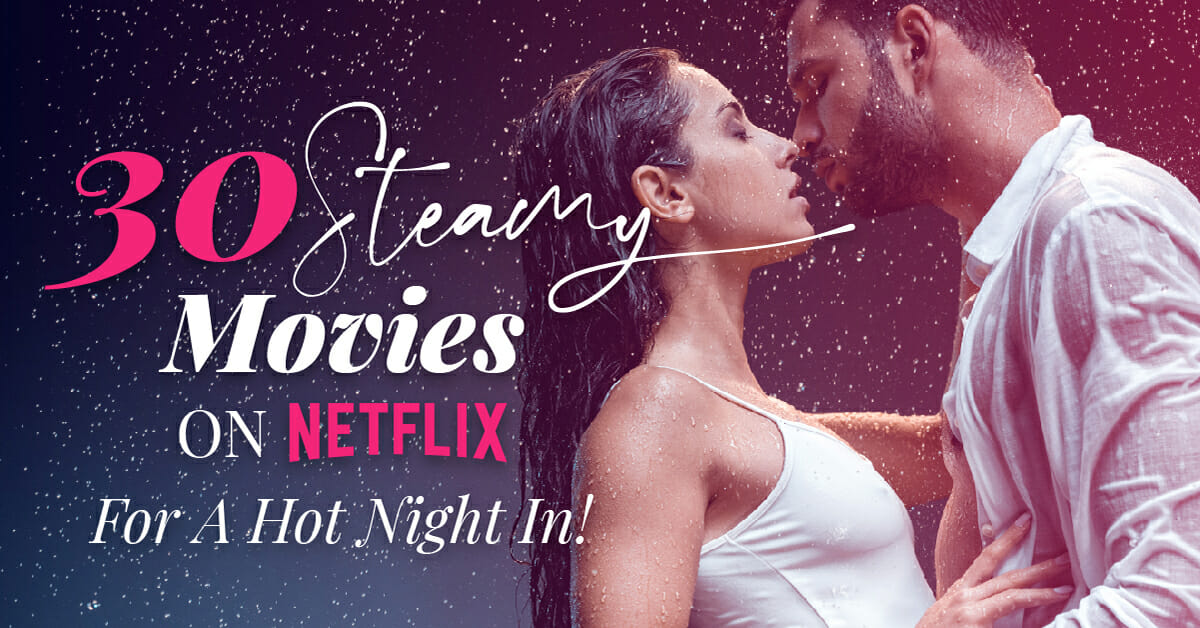