QUIZ: What Fictional Character Am I?

What Fictional Character Am I?

Now that you have found which fictional character you are most like check out these books that have amazing strong lead characters:

Ruth Jefferson is a labor and delivery nurse at a Connecticut hospital with more than twenty years’ experience. During her shift, Ruth begins a routine checkup on a newborn, only to find that she’s been reassigned to another patient. The parents are white supremacists and don’t want Ruth, who is African American, to touch their child. But then the baby goes into cardiac distress whilst Ruth is alone in the nursery.

In the ruins of a place once known as North America lies the nation of Panem, a shining Capitol surrounded by twelve outlying districts. The Capitol keeps the districts in line by forcing them all to send one boy and one girl between the ages of twelve and eighteen to participate in the annual Hunger Games, a fight to the death on live TV.Sixteen-year-old Katniss Everdeen regards it as a death sentence when she steps forward to take her sister’s place in the Games. But Katniss has been close to death before-and survival, for her, is second nature. Still, if she is to win, she will have to start making choices that weigh survival against humanity and life against love.

Little Women is the story of four sisters, Meg, Jo, Beth, and Amy March. Loosely based upon the author’s own experiences with her three sisters, the novel is a classic coming of age story which follows the development of the young women into adulthood. Set against the backdrop of the American civil war, the story begins to unfold during Christmastime. With their father away at war, the family must endure great poverty induced hardship, often times going hungry. Central to the theme of the novel is the issue of overcoming one’s character flaws. For Meg it is vanity; Jo, temper; Beth, shyness; and Amy, selfishness. Through the various activities of the four sisters told throughout the novel lessons are learned of the consequences of these particular flaws.

This is the story of three women who say no: Norah, a French-born lawyer who finds herself in Senegal, summoned by her estranged, tyrannical father to save another victim of his paternity; Fanta, who leaves a modest but contented life as a teacher in Dakar to follow her white boyfriend back to France, where his delusional depression and sense of failure poison everything; and Khady, a penniless widow put out by her husband’s family with nothing but the name of a distant cousin (the aforementioned Fanta) who lives in France, a place Khady can scarcely conceive of but toward which she must now take desperate flight.

Anne of Green Gables is a bestselling 1908 novel by Lucy Maud Montgomery. It recounts the adventures of Anne Shirley, a young orphan girl mistakenly sent to Matthew and Marilla Cuthbert, a middle-aged brother and sister who have a farm on Prince Edward Island and who had intended to adopt a boy to help them. The novel recounts how Anne makes her way with the Cuthberts, in school and within the town.

The Girl With The Dragon Tattoo – Stieg Larsson

Harriet Vanger, a scion of one of Sweden’s wealthiest families disappeared over forty years ago. All these years later, her aged uncle continues to seek the truth. He hires Mikael Blomkvist, a crusading journalist recently trapped by a libel conviction, to investigate. He is aided by the pierced and tattooed punk prodigy Lisbeth Salander. Together they tap into a vein of unfathomable iniquity and astonishing corruption.

Circe grows up in the shadows, at home neither with the mortals or the gods. She has a power of her own: witchcraft. When her power threatens the gods, she is sent to Aiaia where she hones her craft.

The Handmaid’s Tale is a novel of such power that the reader will be unable to forget its images and its forecast. Set in the near future, it describes life in what was once the United States and is now called the Republic of Gilead, a monotheocracy that has reacted to social unrest and a sharply declining birthrate by reverting to, and going beyond, the repressive intolerance of the original Puritans. The regime takes the Book of Genesis absolutely at its word, with bizarre consequences for the women and men in its population

Jane Eyre’s cruel and lonely childhood has strengthened her natural independence and spirit, which proves invaluable when she takes a position as a governess at Thornfield Hall. But after she falls in love with her sardonic employer, her discovery of his terrible secret forces her to make a heart-wrenching choice.

Mrs Bennet insists that her daughters find rich husbands and settle down. So when Charles Bingley, his sister Caroline and his friend Mr. Darcy are introduced and start living near the Bennets, she is thrilled. Bingley and Jane are taken with each other, but Elizabeth dislikes Darcy. But fate has other plans for the two of them.

Emma Woodhouse, handsome, clever, and rich, with a comfortable home and happy disposition, seemed to unite some of the best blessings of existence; and had lived nearly twenty-one years in the world with very little to distress or vex her. The real evils, indeed, of Emma’s situation were the power of having rather too much her own way, and a disposition to think a little too well of herself. The danger, however, was at present so unperceived, that they did not by any means rank as misfortunes with her.

Gone With The Wind – Margaret Mitchell

This is the tale of Scarlett O’Hara, the spoiled, manipulative daughter of a wealthy plantation owner, who arrives at young womanhood just in time to see the Civil War forever change her way of life. A sweeping story of tangled passion and courage, in the pages of, Margaret Mitchell brings to life the unforgettable characters that have captured readers for over seventy years.

Holly Golightly knows that nothing bad can ever happen to you at Tiffany’s. In this seductive, wistful masterpiece, Capote created a woman whose name has entered the American idiom and whose style is a part of the literary landscape—her poignancy, wit, and naïveté continue to charm.

It Ends With Us – Colleen Hoover

Lily hasn’t always had it easy, but that’s never stopped her from working hard for the life she wants. She’s come to Boston and started her own business. So when she feels a spark with the gorgeous neurosurgeon named Ryle Kincaid, everything seems too good to be true. He may have a soft spot for Lily, but his complete aversion to relationships is concerning, even if Lily is the exception to his ‘no dating’ rule.

Caught between the joys of Singleton fun and the fear of dying alone, Bridget resolves to: reduce the circumference of each thigh by 1.5 inches, visit the gym three times a week, form a functional relationship with a responsible adult and learn to program the VCR.

When literature student Anastasia Steele interviews successful entrepreneur Christian Grey, she finds him very attractive and deeply intimidating. Convinced that their meeting went badly, she tries to put him out of her mind – until he turns up at the store where she works part-time, and invites her out. Unworldly and innocent, Ana is shocked to find she wants this man. And, when he warns her to keep her distance, it only makes her want him more.

The first book in the In Death series introduces us to New York Police Detective Eve Dallas and Roarke, the dashing businessman with a shadowy past who finds Dallas enormously intriguing. And as try as hard as she might Eve will find it difficult to resist the irresistible Roarke’s persistent advances.

Lauren Olamina and her family live in one of the only safe neighborhoods remaining on the outskirts of Los Angeles. While her father tries to lead people on the righteous path, Lauren struggles with hyperempathy, a condition that makes her extraordinarily sensitive to the pain of others. When fire destroys their compound, Lauren must make her way north to safety, along the way conceiving a revolutionary idea that may mean salvation for all mankind.

This story is about what it was like to be a woman during World War II when women’s stories were all too often forgotten or overlooked . Vianne and Isabelle Mauriac are two sisters, separated by years and experience, by ideals and passion and circumstance, each embarking on her own dangerous path towards survival, love and freedom in war-torn France.

Which fictional character are you most like? Let us know! 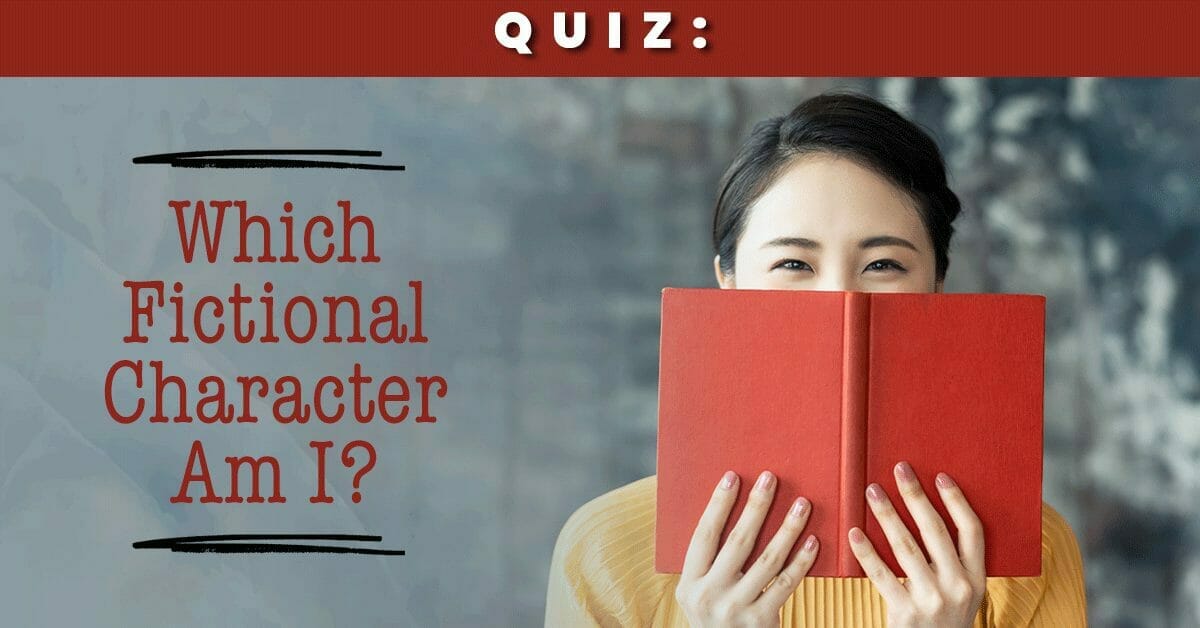