New Romance Movies Coming Out In 2022

Mark your calendars and get excited! These new romance movies are definitely going to steal your heart, so you do not want to miss them. Jennifer Lopez, Owen Wilson, Julia Roberts, Ben Affleck, and Channing Tatum are just some of the great names on this list. Check them out now!

I Want You Back 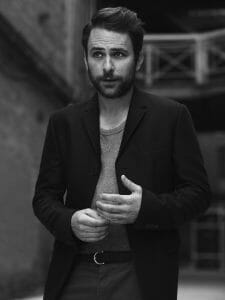 I Want You Back is an upcoming romantic comedy film.  Two newly dumped thirty-somethings Peter and Emma team up to sabotage their exes’ new relationships and win them back for good.

Peter and Emma are two thirty-somethings who have been left by their respective partners. Because they are unwilling to admit that their relationships are over and fearing that they will be forever alone. The two then decide to team up to win their exes back by destroying their new relationships.

Marry Me is a romantic comedy which is based on the comic of the same name and stars Jennifer Lopez. Latin pop superstar, Kat is jilted by her rock-star fiancé moments before their wedding at Madison Square Garden.  As she is all ready for a wedding, she decides to marry a random guy from the crowd instead.  The lucky guy is Charlie Gilbert (Owen Wilson) who is accidentally holding a ‘marry me’ sign at her concert.

The movie is out on February 11 2022 and it sounds like a perfect Valentine’s date to us!

George Clooney and Julia Roberts reunite on the big screen. They have previously appeared together in Ocean’s Eleven (2001), Confessions of a Dangerous Mind (2002), Ocean’s Twelve (2004) and Money Monster (2016).  Clooney and Roberts star as exes who find themselves on a shared mission to stop their lovestruck daughter from making the same mistake they once made. University of Chicago graduate Wren Butler accompanies her best friend Lily on a post-graduation jaunt to Bali. When Lily abruptly decides to marry a local, her divorced parents try to stop their daughter from making the same mistake they once made 25 years ago. Meanwhile, Wren stays in Bali for the festivities and, in the process, finds her own love with a local doctor.

There’s no trailer available as yet but check out this video of George Clooney and Julia Roberts talking about the time they first met!

Somebody I Used To Know 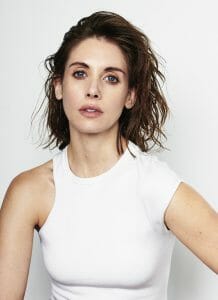 Somebody I Used to Know centers on Ally, a workaholic who on a trip to her hometown spends a night reminiscing with her ex-boyfriend Sean. This then makes her start to question everything about the choices she’s made and the person she’s become. And things only get more confusing when she meets Cassidy (Clemons), a younger woman who reminds her of the person she used to be.

Somebody I Used To Know will be released on Amazon Prime video. There is no official date yet but it will definitely be sometime in 2022.

Fire Island is an upcoming romantic comedy film which is inspired by Jane Austen’s Pride and Prejudice.

The premise is that two best friends embark on a weeklong legendary vacation to Fire Island – the famous gay escape destination off the southern shore of Long Island . And they are accompanied by cheap rosé and a small group of eclectic friends. So kick off the fun!

Fire Island will be released on Hulu in the United States and on Star in international territories. There is no official date yet but it will definitely be sometime in 2022.

The Lost City (previously titled The Lost City of D)  is an upcoming adventure comedy film directed by Aaron and Adam Nee. The movie is about a reclusive romance novelist on a book tour with her cover model. They get swept up in a kidnapping attempt that lands them both in a cutthroat jungle adventure.

The Lost City will be released on March 25, 2022 . There is no official trailer available at the moment but you can find out more info on the following video >>

Shotgun Wedding is an upcoming romantic comedy action film directed by Jason Moore. Darcy (Jennifer Lopez) and Tom (Josh Duhamel) get their lovable but very opinionated families for the ultimate destination wedding just as the couple get cold feet. But everyone’s lives are in danger when the entire party is taken hostage. So the couple must work together to save their loved ones — if they don’t end up killing each other first.

Through My Window is based on the book of the same name from Ariana Godoy.  Raquel has had a longtime crush on her hot neighbor, Ares, whom she secretly watches but has never spoken to. Can she make Ares fall in love with her?

Through My Window is coming out on Friday, February 4, 2022 on Netflix

Check out the teaser trailer here >>

The way they met was picture perfect. Edie finds true love in London just days before she is to return to the US. The couple are separated, but as fate would have it, they reunite 6 years later in the US. 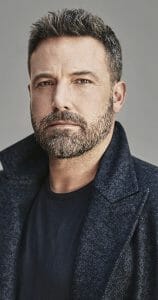 Deep Water is scheduled to be theatrically released on January 14 2022.

Are you excited for these new romance movies? Let us know!