Every Book By EL James – Fifty Shades Of Grey & More

EL James is best known for her Fifty Shades series, which have sold over 125 million copies worldwide, over 35 million copies in the United States and set the record in the United Kingdom as the fastest selling paperback of all time. The Fifty Shades series actually started as Twilight fan fiction. James wrote The Master of the Universe – based on Twilight – under the pen name Snowqueens Icedragon, which gave her inspiration for her own series.

But she hasn’t just wrote the Fifty Shades series. James published the bestselling series as told from the perspective of Christian Grey. And in 2018, she released The Mister, her first book that was not related in anyway to her previous series.

We’ve got every book by EL James right here on this list. So, if you want some more exciting books with dominating men to read, we’ve got you covered. Check it out now!

Literature student Anastasia Steele found the successful entrepreneur Christian Grey very attractive and deeply intimidating when she interviewed him. Although she’s convinced that their meeting went badly, she tries to forget about him. Until he turns up at the store she works at part-time and asks her out.

Ana is shocked to find that she wants this man. And, when he warns he to keep her distance, it only makes her want him more. As they embark on a passionate love affair, Ana discovers more about her own desires, as well as the dark secrets Christian keeps hidden away from public view.

Ana Steele has broken off her relationship with Christian Grey to start a new career with a US publishing house. His dark secrets were daunting. But the desire for him dominates her every waking thought. And when he proposes a new arrangement, Ana cannot resist. Soon she is learning more about the harrowing past of her Fifty Shades than she ever thought possible.

Whilst Grey wrestles with his inner demons, Ana has to make the most important decision of her life. And it’s a decision she can only make on her own.

Now they have it all. Ana knows that it won’t be easy and that there will be challenges that neither of them would anticipate. She must learn to share his life without sacrificing her own identity and Christian must overcome his compulsion to control.

Fifty Shades of Grey As Told By Christian Grey

In Christian’s own words, and through his thoughts, reflections, and dreams, EL James offers a fresh perspective on the love story that has enthralled hundreds of millions of readers around the world.

Christian Grey exercises control in all things; his world is neat, disciplined and empty. Until Anastasia Steele falls into his office. He tries to forget her, but is instead swept up into a storm of emotions that he doesn’t understand. Unlike any woman he has known before, she seems to see right through him. Past the business prodigy and straight into his cold, wounded heart.

Whilst their scorching and sensual affair ended in heartbreak, Christian Grey still cannot get Ana Steele out of his mind or his blood. He’s determined to win her back, even if it means trying to suppress his darkest desires and his need for complete control. But he’s still haunted by his childhood and Ana’s scheming boss, Jack Hyde, wants her for himself.

You are cordially invited to the wedding of the decade, when Christian Grey will make Anastasia Steele his wife.

But is Christian really husband material? His dad is unsure, his brother wants to organize a bachelor party, and his fiancée won’t vow to obey. And marriage brings its own challenges. Their passion burns hotter than ever, but Ana’s defiant spirit continues to stir his darkest fears and tests his need for control. As old rivalries and resentments endanger them both, one misjudgement threatens to tear them apart.

The Mister by EL James

Life has been easy for Maxim Trevelyan. With his good looks, aristocratic connections and money, he’s never had to work. And he’s rarely sleeping alone. But then tragedy strikes and now his family’s responsibilities fall on him and his biggest challenge: fighting his desire for an unexpected, enigmatic woman.

Which of these were your favorite? Let us know!

If you love EL James, check out Tempting Romance Books Like 50 Shades of Grey! 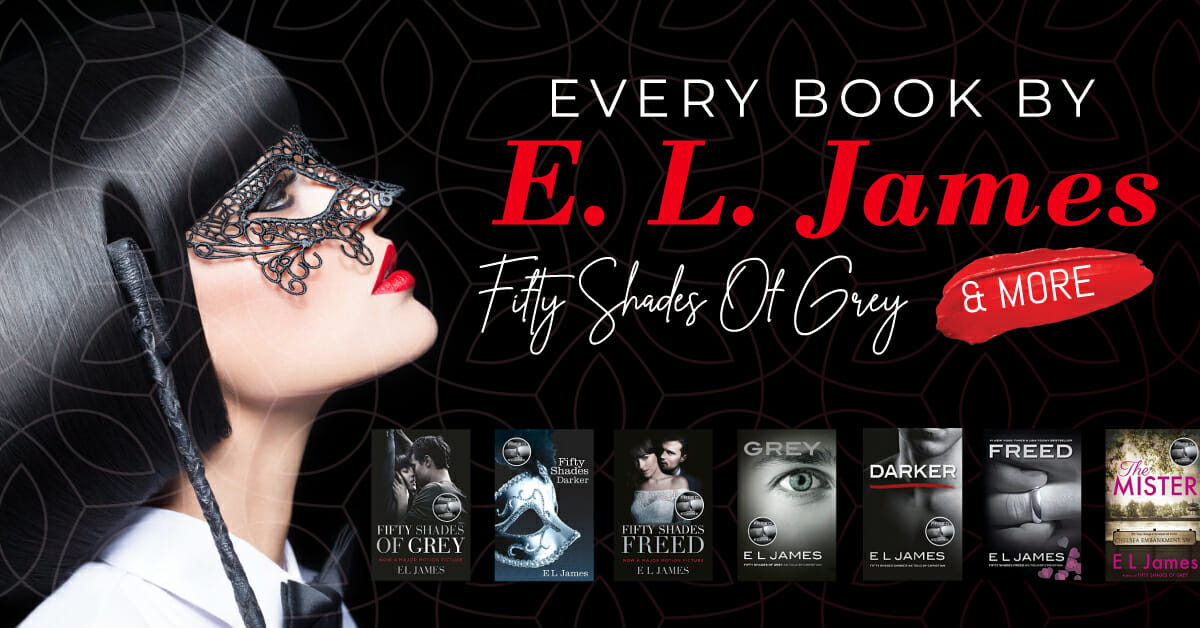