Warning: These books are dark! From psychological thrillers and mysteries to kidnappings and bad men, these dark romance novels will have you on the edge of your seat. Be prepared to have your pulse racing. So, check them out now!

Lowen Ashleigh is a struggling writer on the brink of financial ruin when she accepts the job offer of a lifetime. Jeremy Crawford, husband of a bestselling author, has hired Lowen to complete the remaining books in his wife’s series as she is injured. But Lowen discovers an unfinished autobiography which could change everything.

To the outside world, they look like American royalty, giving to charities, feeding the homeless and rebuilding the city. But behind closed doors there’s a constant battle for dominance between two bosses, cultures and hearts. Melody knows exactly what type of man Liam is and would rather die than give up the power she has spent her life earning. But they will have to work as one to take down those who stand in their way.

Elena’s sister is arranged to marry Nicolas Russo – A Made Man, a boss, a cheat even measured against mafia standards. After Elena’s first encounter with him, she realises he’s just as rude as he is handsome. She doesn’t like him or anything he stands for, but her heart has other ideas and can’t stop pounding when he’s near. And he’s always near, telling her what to do and making her feel hotter than any future brother-in-law should.

Monster in His Eyes – J.M. Darhower

Ignazio Vitale is not a good man. I suspect it, the first time I see him, sense the air of danger that surrounds the man. He’s alarming and alluring, dark and deadly, everything I’ve ever wanted but the last thing I need. And it doesn’t take him long to draw me into his web.

Abby Abernathy doesn’t drink or swear and she works hard. Her dreams of a new beginning are quickly challenged by the university’s walking one-night stand, Travis Maddox. Handsome, built, covered in tattoos – he’s everything Abby needs to avoid. But he’s set his sights on her and tricks her into his life with a simple bet.

Conditioned in captivity to maim, to kill and to slaughter, Prisoner 818 becomes an unrivaled and unstoppable fighter in the ring. Violence is all he knows. Kisa Volkova is the only daughter of the head of the infamous boss of New York’s Russian Bratva. Cruelty and loss is all she knows. Until they meet each other.

I always get what I want. I’m the king of the criminal underworld, after all. And she’s my obsession. Cora is new to the city of sin, but I’m not the billionaire she thinks I am. There’s a darkness within me and she’s a shining light. She’ll be my queen and I’ll give her everything her heart desires. Except for one thing: her freedom.

Captive In The Dark – CJ Roberts

Caleb is a man with a singular interest in revenge. Kidnapped as a young boy and sold into slavery, he has thought of nothing but vengeance. But if Caleb is to get close enough to strike, he must become the very thing he abhors and kidnap a beautiful girl to train her to be all that he once was.

The last man on earth I’d ever want to be with. I won’t lose my head just because he’s hot, Irish, and has a wicked accent to boot. He’s one of the only leads in my best friend’s disappearance, and I don’t trust him. So I’ve got a few rules in mind when it comes to dealing with Lachlan Crow. But the rules don’t apply when it comes to the Irish mafia.

Kidnapped. Taken to a private island. I never thought this could happen to me. I never imagined one chance meeting on the eve of my eighteenth birthday could change my life so completely. Now I belong to him. To Julian. To a man who is as ruthless as he is beautiful—a man whose touch makes me burn.

Book One in the Dead Man’s Ink Series

When Alexis Romera is taken and her kidnappers find her fake ID in her purse, she must become Sophia in order to keep her family safe. Revealing her real identity to the man she’s sold to would be easy enough, but can she trust him? Hell bent on revenging the murder of his uncle, Rebel doesn’t seem all that interested in playing things safe.

Statistically, I wasn’t supposed to survive the streets past the age of eighteen. Fate had a different plan. I was bred for one purpose and one purpose only: to unleash death and destruction on my world. Evil created me then grace tried to save me. But first they tried to kill me.

Evie always dreamed of seeing the world, but her first night at a motel turns into a nightmare. Hunter is a rugged trucker willing to do anything to keep her—including kidnapping. As they cross the country in his rig, Evie plots her escape, but she may find what she’s been looking for right beside her.

I owe him a debt. A big one. The payment can’t be settled with money or favors. He only wants one thing. Me. Every action gets a reward. A button. Once I fill his jar with three hundred and sixty-five buttons, he’ll let me go. He’ll let me walk away. But I have to earn every single one. By submitting to the darkest, cruelest, and most beautiful man I’ve ever known.

Doe has no memories of who she is or where she comes from. A notorious career criminal just released from prison, King is someone you don’t want to cross unless you’re prepared to pay him back in blood, sweat, sex or a combination of all three. King’s future hangs in the balance. Doe’s is written in her past.

Asking For It – Lilah Pace

Graduate student Vivienne Charles is afraid of her own desires. Ashamed to admit that she fantasizes about being taken by force, by a man who will claim her completely and without mercy. When the magnetic, mysterious Jonah Marks learns her secret, he makes an offer that stuns her: they will remain near-strangers to each other, and meet in secret so that he can fulfill her fantasy.

I’m a recluse. Sad, quiet, afraid. Sequestered in my home away from the world. It’s better this way. I wasn’t always alone. I had him—my boyfriend, my best friend, my everything. Yeo Anderson. I sent him away. But he’s back. The boy blossomed into a man who wants to fight me for me.

They call me a slut. Maybe I am. Sometimes I do things I despise. Sometimes men take without asking. But I have a musical gift, only a year left of high school, and a plan. With one obstacle. Emeric Marceaux. He’s my obsession, my master, my music.
And my teacher.

Once upon a time, I was an eighteen year old psychology student. Now, I’m a man’s property. Stolen and sold, I’ve been decorated in bruises since the day my world changed two years ago. I suffer in silence, I crave freedom, but I never break. Until he arrives.

Tess Snow has everything she ever wanted: one more semester before a career in property development, a loving boyfriend, and a future dazzling bright with possibility. But paradise is shattered. Kidnapped. Drugged. Stolen. Tess is forced into a world full of darkness and terror.

I never meant to be here: tied up in bed next to a serial killer. When I followed him home, I was just playing Nancy Drew. Trying to find out his secret. His kiss was intoxicating, and I thought he was harmless.

Which of these dark romance novels are your favorite? 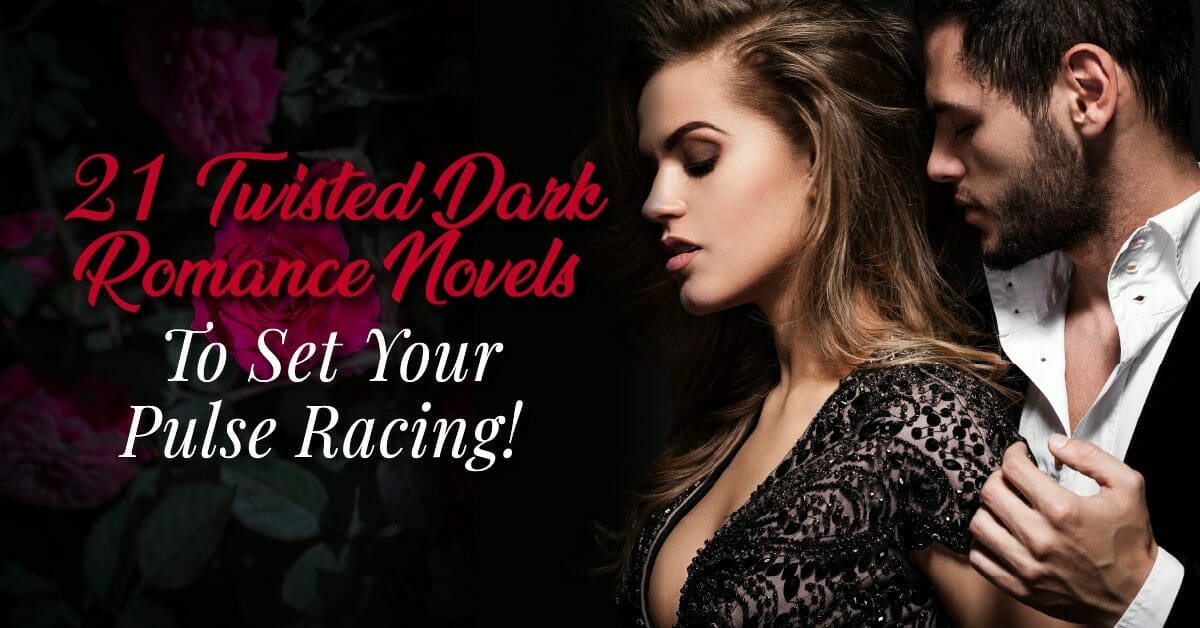