If – like us – you’re a lover of contemporary and suspense romance books, then Brenda Novak is one author you need to check out. As a New York Times and USA Today bestselling author, Brenda Novak books are engrossing and keep you hooked right up until the very last page. So, check them out now!

The Whiskey Creek series is currently a collection of ten stories, with four more to eventually be added. This contemporary series is set in a ‘gold country’ town similar to those near Sacramento, CA where gold was discovered in January of 1848. Although they can be read as standalones, for maximum enjoyment, it’s better to read them in order.

Take Me Home For Christmas

Come Home To Me

The Heart Of Christmas

This Heart Of Mine

After a painful divorce, Maisey Lazarow returns to Fairham, the small island off the South Carolina coast where she grew up. She goes there to heal and to help her brother, Keith, a deeply troubled man who’s asked her to come home. But she refuses to stay in the family house. The last person she wants to see is the wealthy, controlling mother she escaped years ago. So instead she finds herself living next to Rafe Romero, the man she was once in love with. Then she discovers a box of old photographs that evoke the memory a distant girl, who Maisey believes must be her sister. Even if her mother is denying it.

The Secrets She Kept

The Evelyn Talbot books are a series of romantic thrillers about a psychiatrist who studies serial killers at a remote facility in Alaska. Hanover House is a maximum-security facility in a small town. Evelyn’s job puts her at odds with Sergeant Amarok who is convinced that Hanover is a threat to his community. Even as his attraction to the beautiful Evelyn threatens to tear his world apart. Which is partly why he worries. He knows what could happen if only one little thing goes wrong…

In A Matter of Grave Concern, the last thing on Maximillian Wilder’s mind is love when he hides his noble identity and joins the notorious body snatchers known as the London Supply Company. Through the Smoke introduces a shocking betrayal as the Earl of Druridge discovers that his wife is pregnant with another man’s child and then when a fire takes her life, he is left to wonder if he was the one who caused her death. Honor Bound tells the story of a young French beauty, Jeannette Boucher, from a family left penniless by the revolution who is forced marry. But Lieutenant Treynor isn’t about to let Jeannette return to the man he knows would abuse her. Seamstress Alexandra Cogsworth dreamed of escaping her cruel stepfather, but she never expected to be kidnapped by the handsome seafarer Nathaniel Kent in Of Noble Birth.

A Matter Of Grave Concern

After being wrongly imprisoned, Virgil Skinner is exonerated, but the gang he clicked up with in order to survive what was supposed to be a life sentence is not willing to let him go. They’ll do anything to keep him from telling what he knows. And if they can’t get to Virgil, then they’ll go after his sister and her kids. But the California Department of Corrections needs someone to infiltrate another gang and Virgil agrees in exchange for his sister’s protection. However, Chief Deputy Warden Peyton Adams is opposed to having Virgin in her prison. How will she protect him if things go bad? Besides, she’s far too attracted to him; she might even be falling in love with him.

A dangerous cult has recently taken over the desert ghost town of Paradise, Arizona. Members worship at the feet – and in the bed – of its charismatic leader, Ethan Wycliff, and obey his orders blindly. They’ve already tried to murder one woman and they’re implicated in the disappearance of another. Nate Ferrentino has been assigned to infiltrate this group. It’s a challenge he welcomes – until he learns that colleague Rachel Jessop will be going undercover with him. But only married couples can participate in cult rituals. So, like it or not, they need to pretend to be husband and wife.

The Last Stand series is a romantic suspense series about a group of women who met at a victim’s support group. They formed a fast friendship and then a charity designed to help other victims. Primarily those falling through the cracks of the criminal justice system, so they take on some difficult cases. Whilst these can be read as standalones, they are best enjoyed when read in order.

The beloved town preacher is missing. And Grace Montgomery knows where he’s at and why he’s there. She was present the night he was killed and his body buried. Only thirteen at the night when everything went wrong, Grace has no choice but to keep her mouth shut. Thirteen years later, after making a successful career for herself as an assistant D.A. in Jackson, she is returning to her hometown and confronting her own history.

In Every Waking Moment, Emma Wright has finally escaped the dangerous man who’s controlled her every move for the past six years and Preston Holman is determined to keep Emma and her child safe. Cold Feet introduces Madison Lieberman and her late father who is suspected to be a serial killer. Although she always believed in his innocence, she discovers something in the crawl space beneath her parents’ house that makes her question him and someone else who’s equally close to her. Gabrielle Hadley is working as a prison guard to support herself and her daughter in Taking The Heat. And then she meets Randall Tucker, who is far from the murderer he’s said to be.

The Dundee series is a small town contemporary romance series consisting of eight full-length books and a novella to top it off at the end. These are the first connected books that were ever written by Brenda Novak!

Say You Love Me

Just The Two Of Us

The More I Love You

The Silver Springs series is set in a small, picturesque town in Southern California – a place where even the hardest of hearts can learn to love again. If you love open-ended contemporary romances, then this series is one you’ll enjoy. They can be read as standalones, but for maximum enjoyment, it is always better to read them in order.

No One But You

Until You Loved Me

Right Where We Belong

When I Found You

Keep Me Warm At Christmas

A Family By Christmas

Which of these Branda Novak books are your favorite? Let us know! 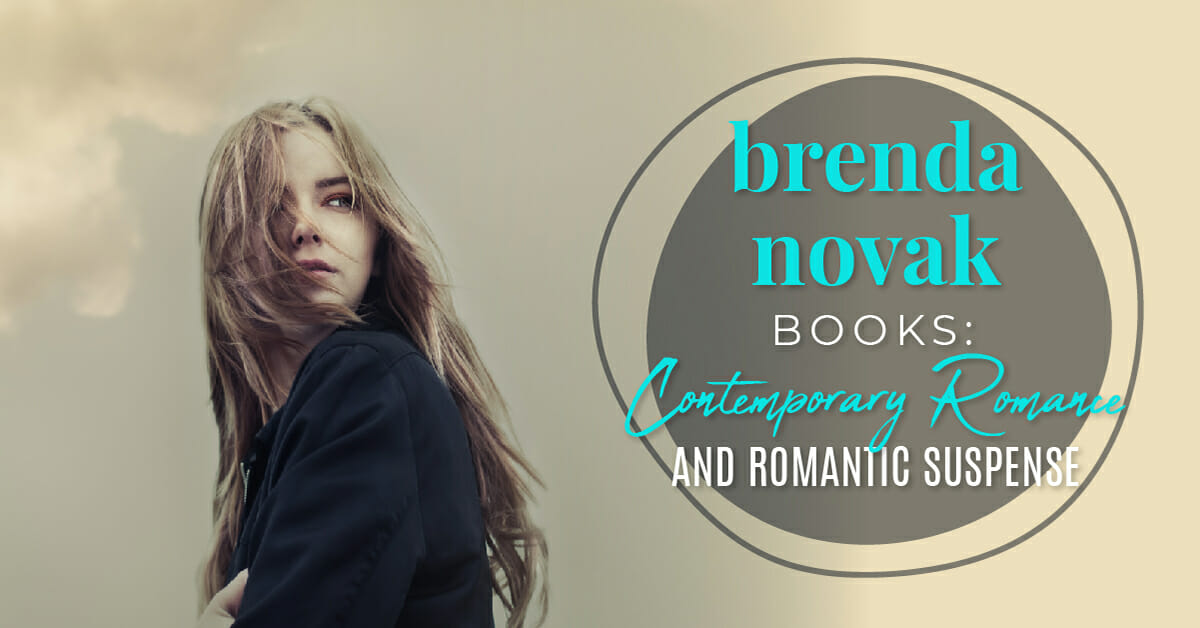