20 Most Romantic Bollywood Movies On Netflix To Watch Right Now!

Bollywood movies on Netflix are gaining popularity thanks to the online streaming service making Asian and other foreign films easier to access in the U.S. than ever before. Of course, we’re all about that romance. And that’s what makes Bollywood movies so enjoyable. They ace every romantic trope with lots of drama, singing, dancing, and delightful feel-good happily ever after’s. That’s why we had to make a list of our favorites!

So if you’re like us and you can’t get enough of Bollywood romance, scroll down for the 20 Best Romantic Bollywood Movies on Netflix to watch right now!

A vertically-challenged bachelor with a larger-than-life personality discovers his life’s purpose through his relationships with two wildly different women.

Aditya, a heartbroken tycoon on the verge of committing suicide, aimlessly boards a train. He meets Geet, a high-spirited girl who plans to elope with her lover, and finds himself pulled into her crazy life.

A love story from a bygone decade may provide some wisdom for a modern-day couple when career goals pull them in different directions.

Kabir Singh, a senior medical student with a passion for old English motorcycles and football, is heartbroken when his girlfriend is forced to marry another man. Already struggling with anger issues, he falls into a self-destructive spiral.

Eager to marry but constantly rejected by women, a bachelor hopes to win over a former crush by accepting help from an unlikely source: her mother.

Boy meets girl in Corsica. They decide to not reveal their real names or personalities. A spectacular drama proceeds to take place, as this temporary couple goes on an adventure like no other. Time changes everything for this love story.

Advait meets Sara, a free-spirited girl who lives life unshackled. Opposites attract and all goes well until life turns upside down. Years later, Advait is on a killing spree with cops in his way.

A naive young woman searches for a one-night stand, but things become complicated after she discovers her date’s true identity.

Two people must navigate the issues of their different backgrounds as they experience the innocence of love.

Four stories that shed light on modern relationships from the viewpoint of the Indian woman, from strained marriages to sexual hiccups.

A television reporter and a politician’s headstrong daughter decide to try out a live-in relationship during a 20-day business trip, but things get complicated when the whole traditional family joins in.

An interracial couple face a new dilemma when their respective parents find out about their relationship and disapprove.

The incredible love story of a couple spanning 25 years, told through the lens of their teenage daughter who is dead! Funny, emotional, and heartwarming.

An optimistic and determined young woman from a remote village starts her new job as a live-in maid for the cynical son of a wealthy family. They eventually fall in love, but find their relationship forbidden.

A poor but talented Kashmiri boy is hired as a stable-keeper and becomes infatuated with his employer’s daughter. When the employer notices, she demands the boy become successful in order to win the daughter’s love.

In order to be able to purchase their first home, Karina and Sanjay enter into a marriage of convenience. But they gain more than they bargained for.

A soft-spoken man and a hot-tempered woman are pushed to get married by their family and friends in this classic comedy. Convinced that they are not suited, they decide to seek out a soul mate for each other.

The son of a gangster enlists an enforcer to kidnap a woman for an arranged marriage. Falling in love is not in the plan.

Singh is extremely respectful of Mr. Rana and his daughter, Divya. While appointed as Divya’s bodyguard, he falls in love with a girl he has never met, unaware that she is none other than Divya.

Which of these romantic Bollywood movies on Netflix will you watch first? Let us know in the comments. 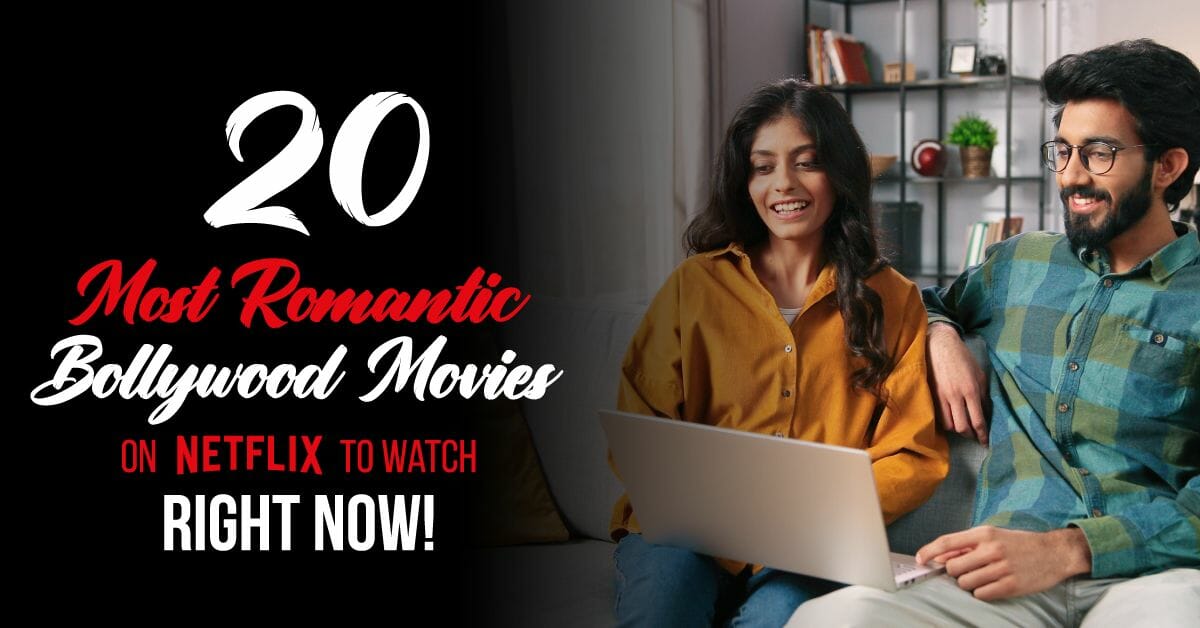