Best Romance Manga To Captivate And Enthral You

With heart-racing stories that just make you wish you could have a love like the main characters and side characters that you just wish were your best friends, it’s not hard to imagine why romance manga is so popular. But one question remains: where do you even begin? There are so many choices with all different romance types. Luckily for you, we’ve scoured through and picked out our favorites that we think you’ll just adore. Check out the best romance manga now!

Naho Takamiya receives a letter from herself 10 years into the future. She asks herself to prevent one of her biggest regrets, related to a new transfer student. Naho is sceptical at first. But then Kakeru Naruse appears at school, exactly as the letter said. The letter said to not invite Kakeru out on his first day, but she and her friends do it anyway. And then Kakeru doesn’t return to school for two weeks.

Naho now realises that she needs to do what the letter tells her to, such as encouraging him to join the football club and volunteering at a softball round. The letters reveal that Kakeru from the future is dead, having committed suicide around Valentine’s Day. Naho follows the letters and ends up falling in love with him.

Mei Tachibana was bullied as a child and blamed for an accident she never did, so she decided that she didn’t need anyone else and all she needed to survive was herself. She meets Yamato Kurosawa and ends up pushing him down a set of stairs after a misunderstanding.

As she spends more time with Yamato, she begins to realise that maybe not everyone is selfish and a bully. And despite Yamato being really popular, they begin to fall in love with each other.

In the prestigious Shuchiin Academy’s student council, Kaguya Shinomiya, the vice president, and Miyuki Shirogane, the president, are in an unspoken war. Although they both have feelings for each other, they are too proud to admit it and confess their love. So, what else is there to do except coming up with schemes to make the other person confess?

Along with the other student council members – Chika Fujiwara, Yu Ishigami and Mika Iino – Kaguya and Shirogane need to balance their feelings and doing work for student council.

Haruhi gains a scholarship at the prestigous Ouran Academy, but when looking for a quiet place to study Haruhi finds herself in the Third Music Room, the location of the Ouran High School Host Club, where six attractive male students entertain the female students with sweets and tea. After accidentally destorying an expensive vase, Haruhi finds herself a member of the club as an errand runner.

Her short hair, masculine attire and gender-ambiguous face cause her to initially be mistaken as a male student. Although the club soon discover her real gender, she becomes a host as she is a natural when it comes to entertaining the girls.

From Me To You

15-year-old high school freshman Sawako Kuronuma – dubbed Sadako by her classmates for her resemblance to the character from The Ring – has always been feared and misunderstood because of her appearance. However, she is actually a sweet and unassuming girl who only longs to be helpful.

When a boy, the popular Kazehaya, begins talking with her, everything changes. She finds herself in a new world, making new friends and talking to different people, and she can’t thank Kazehaya enough for these new opportunities. Slowly, but surely, a sweet love blossoms between the two as they overcome circumstances and obstacles that stand in their way.

Your Lie in April

Arima Kousei used to be a skilled pianist, but he hasn’t been able to play since the traumatic death of his mother. Then he meets a beautiful violinist, Kaori Miyazono, in the park and she tries to guide him back into the world of music. She hides a secret of her own, but she helps Kousei to reignite his passion for piano playing.

As she continues to encourage him, Kousei finds himself falling in love with Kaori. But she’s in love with one of his friends, Watari. And, to make things even more complicated, Kousei’s childhood friend, Tsubaki, is in denial about her feelings for Kousei.

Ryuji Takasu is glad to be in the same class as his best friend, Yusaku, and his crush, Minori. But Minori’s best friend, Taiga Aisaka, is also in that class and she takes an instant dislike to Ryuji. And to make things worse for Ryuji, she lives in the apartment facing his house.

When Ryuji finds out that Taiga has a crush on Yusaku, things start looking up as they make an alliance to start helping each other get close to their crushes. But things keep backfiring and now people are starting to suspect that Ryuji and Taiga are in a relationship.

At school, Kyoko Hori is bright and cheerful. At home, Hori is a homebody, who dresses down and takes care of her younger brother, which is something that she wants to hide from the rest of her classmates.

One day, her younger brother is helped home after a nosebleed by someone with a punk-style. He introduces himself as Izumi Miyamura – one of Hori’s classmates. But he’s also hiding this side of himself. Hori never would have been able to guess that the gloomy, glasses-wearing boy was someone with tattoos and piercings. So, they agree to keep their identities a secret and begin to spend more time together.

Tohru Honda is left temporarily homeless and living in a tent after her mother’s death. She is discovered by two members of the Soma family – her classmate, Yuki and his older cousin, Shigure – who invite her to live with them. Yuki’s other cousin, Kyo, moves in as well. After accidentally falling into Kyo, Tohru finds out that the Soma family are hiding a secret: they’re possessed by the spirits of Chinese Zodiac and they turn into their respective animal under certain conditions.

Tohru swears to keep it a secret, but the curse is far deeper and darker than she could ever imagine. She sets out to break the curse to free the Somas from their binding to the physically and emotionally abusive family head, Akito. Along the way, she meets more of the Soma family and falls in love.

Mitsuha Miyamizu lives in a rural countryside town, but she longs to live in the city. Inexplicably she begins to switch bodies intermittently with Taki Tachibana, who is living in the city.

At first, they both think that its just vivid dreams, but they soon realise that they can communicate with each other. They leave messages on paper, phones and sometimes even on their skin. But why is the body switching happening? And what will happen if it stops?

Wotakoi: Love is Hard for Otaku

Narumi Momose is an otaku, who likes otome games and idols. She blames being an otaku for all the difficulties in her life and attempts to keep it a secret – especially at work. Hirotaka Nifuji has been in love with her since childhood. Unlike Narumi, he doesn’t care if anyone knows that he’s an otaku.

When Narumi complains about her disappointing dating life, Hirotaka suggests that she dates someone who is also an otaku – specifically himself. The two seem perfect for each, but love is difficult for an otaku.

High school student Chiyo Sakura has a crush on Umetarou Nozaki. When she confesses to him, he misunderstands and thinks that she’s asking for his autograph. When she says she wants to be with him, he invites her to his house and gets her to help on drawings. Sakura discovers that Nozaki is actually a renowned manga artist for Monthly Girls’ Romance magazine, writing under a pen name.

Together they begin to work on his manga Let’s Fall in Love. But despite making a romance manga, he has no experience in love and seems unromantic in real life. So they encounter other students and listen to their stories, which serves as inspiration for the manga.

Once an all-boys high school, Saika High, infamous for rowdy students has become a co-ed school. However, the female population is still a minority. Misaki Ayuzawa is working hard to make the place a better school for girls. She puts in a lot of effort and it pays off – she’s the first female school council president.

Misaki works part-time in a maid cafe to support her ill mother and sister by returning the huge dept left by their father. Unfortunately, this is discovered by Takumi Usui, a popular student at Seika High. Instead of revealing her secret, Takumi becomes a regular there and they begin to fall in love with each other.

Snow White with the Red Hair

Shirayuki is a normal herbalist in the kingdom of Tanbarun. Her beautiful red hair attracts a lot of attention, meaning that she had to be careful when visiting new places growing up. Prince Raj notices Shirayuki and orders her to become his concubine. Refusing him, she cuts off her hair and leaves it with him because she knew that he only wanted her for her hair.

Escaping to the neighbouring kingdom of Clarines, she meets Prince Zen Wistaria and his two aides, Mitsuhide and Kiki. However, Prince Raj isn’t pleased that Shirayuki rejected him. As she tries to stay out of danger, she begins to develop feelings for Prince Zen.

Which romance manga is your favorite? 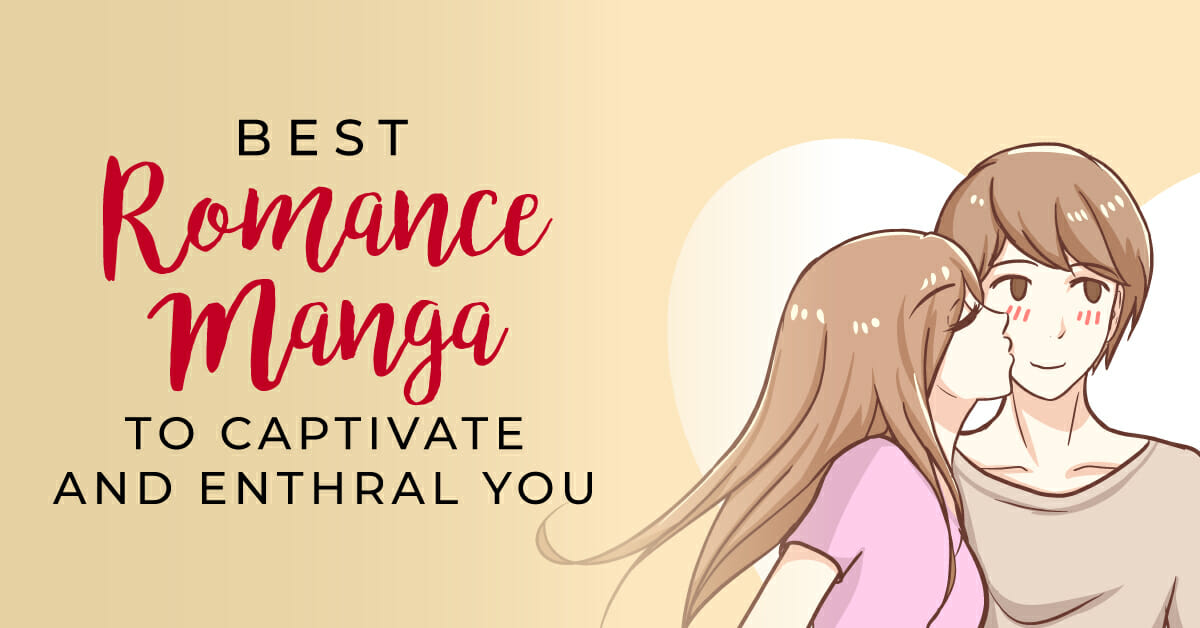