Wednesday Romance Reads For You To Devour – 9/21 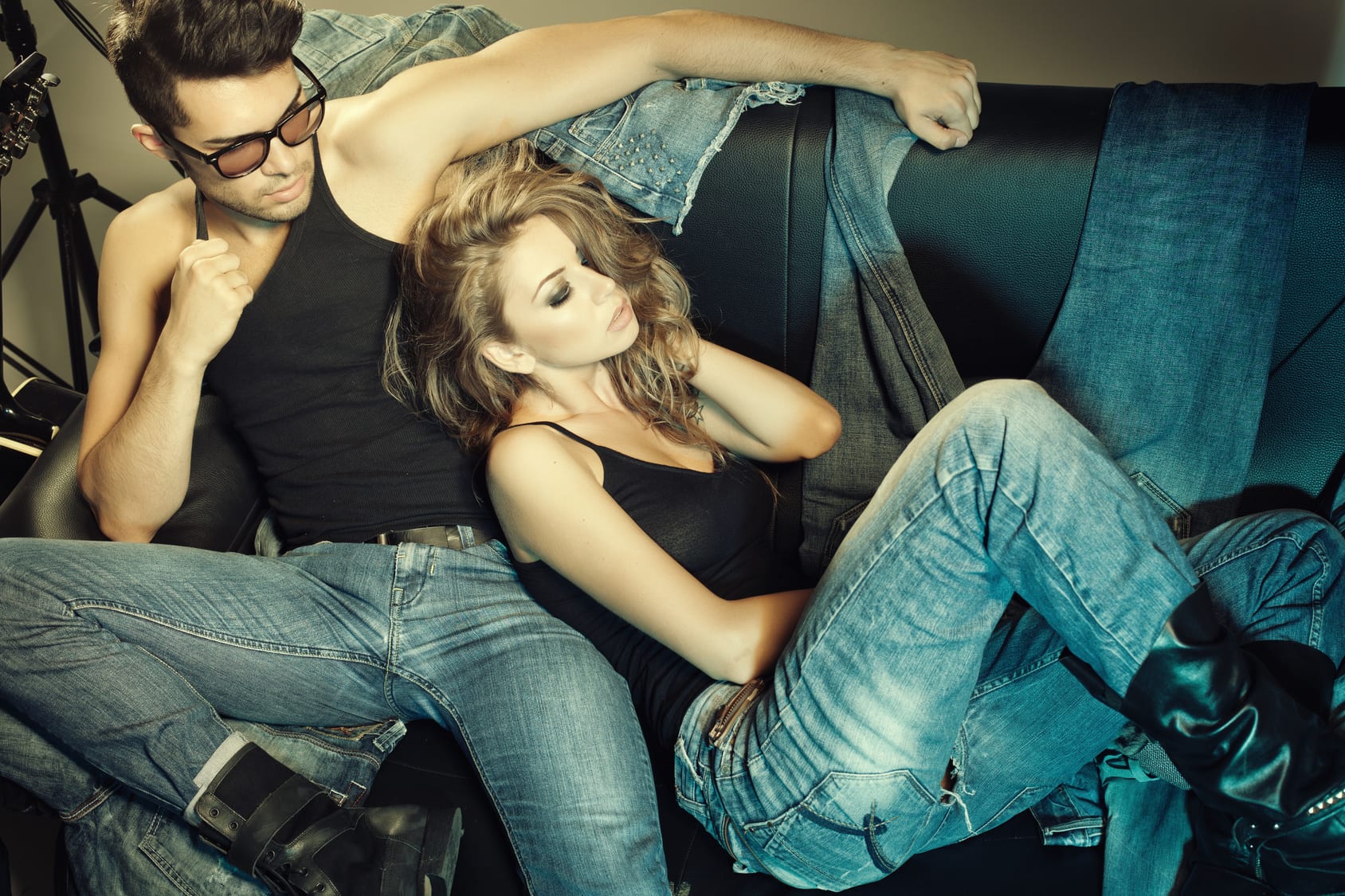 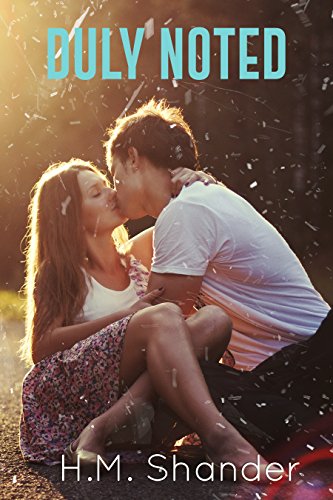 Resigned to live a mediocre life with her friends Percocet and Xanax, she’s coped on her own. Terrified of stepping beyond her backyard, broken and damaged Aurora doesn’t need anyone, anyways. Until she meets – him.

Shy but smoking hot, Nate Johnson has a mouth as smart as hers, and can handle every ounce of sass she dishes out. Immediately, he’s hooked by Aurora’s sarcastic wit. A man on a mission, he wants to help her over her fear of cars. He needs to, if he’s ever going to have her as part of his world – a passion he’s kept hidden from her. As he succeeds with the impossible goal, he finds he’s curing more than just her PTSD, he’s healing her heart.

But when her fears collide with his passion, it drives Aurora away.
From him.
From them.
From the best thing to ever happen to her.
Because sometimes love just isn’t enough.

However, Nate wants her back and he’s willing to give up everything he loves for her. Aurora refuses to have him sacrifice his passion because of her, and dreams up a risky plan to stop him. It’s dangerous. It’s foolish. And if it doesn’t kill her first, it could just save them both. 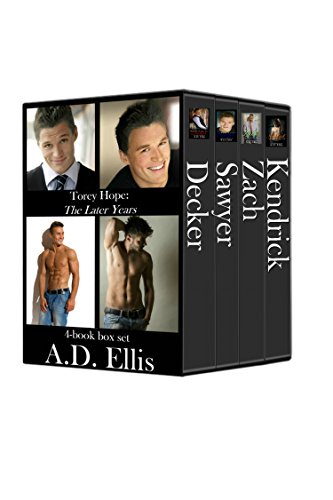 This 4-book box set contains four complete standalone stories in the Torey Hope: The Later Years series. All four books are meant for ages 18+ due to adult themes, situations, and language.

DECKER–
The boys are back, and Torey Hope is better than ever.
When Decker Morgan returns to Torey Hope, he has no time for love and distractions. Always in control, his loyalties lie with himself and his family. His only interest is putting down roots and expanding his family’s business.
Kate Turner had planned to leave Torey Hope after college, but she found that being there for her family took precedence. When she lands her dream job working for Decker at his family’s business, The Center+, she realizes that Torey Hope is where she’s supposed to be.
When Decker hires Kate she turns his world upside down. She’s brilliant, funny, beautiful, and completely off limits, due to Decker’s self-imposed rules concerning work and family. Kate knows a secret that will make their attraction for one another a little less taboo, but she needs to convince Decker to take a chance.
Decker has to decide if he’ll give in to a forbidden romance or keep his tight control firmly in hand. Kate is possibly his perfect girl, but unexpected chaos and havoc at work threaten to tear her away.
Will he find the courage to let go or will he lose the only girl he’s ever wanted to keep close?

SAWYER–
Sawyer Morgan has a secret. Revealing his true feelings to his family could bring devastation and destruction, so he keeps the burden firmly on his own shoulders. When he moves back to Torey Hope to help with the family business, Sawyer’s hidden truth becomes too much to bear.
Luke Hamilton has a past overflowing with emotional and physical scars. A promise to his dying mother prevents him from seeking the love and acceptance he longs for. Taking a job in Torey Hope brings Luke face-to-face with taboo desires he thought long extinguished.
Secrets, lies, hatred, and fear threaten to destroy their lives. But, love has the power to overcome and lay claim to victory.
Will Sawyer succeed in proving to Luke some connections are worth fighting for?
A poignant tale of two hearts valiantly fighting to stay true and find love.

ZACH–
The perfect love. The perfect plan. Unfortunately, life is never perfect and it rarely goes as planned…
The quintessential hometown girl, Zoey Martin is brilliant, beautiful, and down-to-earth. Her lifelong plans have always included the one and only boy she’s ever loved.
Now that he’s the advertising director of the family business, level-headed Zach Morgan knows what he wants. Too bad the love of his life is five years younger and has grown up as his cousin. Although they aren’t technically related, there’s no getting around the age difference, and they must be patient while their close, loving, friendship blossoms into romance.
Inseparable childhood pals Zach and Zoey faced the obstacles of their relationship head on and made plans for their perfect future, only to discover that living and loving in an imperfect reality is messy, hard, and painful.
Will their forever love be enough to earn their happily ever after? Or will the weight of real life deny them their happy ending?

KENDRICK-
Spunky and independent, Jay Keller only wants to have fun, having long ago decided that love is reserved for people living fairy tale lives.
Kendrick Jordan is a sarcastic, inappropriate smartass whose sense of humor, intense love of family, and serial dating habits enable him to mask his painful past.
Through a chance encounter, Jay gives Kendrick a chance to satisfy his curiosity with no strings attached. But when Kendrick’s past catches up with him and Jay is dealt a life-altering blow, they find themselves turning to each other for support.
After a traumatic accident threatens their new-found love, Jay and Kendrick must decide if their relationship is worth the terrifying and painful journey they now face. 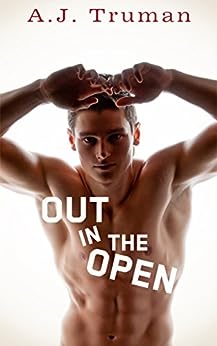 Out in the Open

Libraries are meant for studying – not sex

College sophomore Ethan Follett never says what’s on his mind and never wants to rock the boat. After a high school social life spent anonymous and alone, things are finally falling into place for him. He’s found a group of friends just as studious as he, and is on track for a promising legal career. Out in the open, things couldn’t be better, but secretly Ethan yearns for some real excitement in his life.

He finds it in cocky fratboy Greg Sanderson, who challenges every rigid, preconceived notion Ethan lives by. Soon, their sparring relationship turns sexual, and these enemies-with-benefits get their freak on all over campus. Yet the more Ethan comes out of his shell, the more Greg retreats into his, working overtime to keep his ladies man public persona intact. As the sex gets hotter, and they get closer to getting caught, one part of their arrangement can’t stay hidden any longer: love.

OUT IN THE OPEN is a M/M new adult romance filled with humor, heart, and hot guys. The book is intended for audiences 18+.

When We Were Us 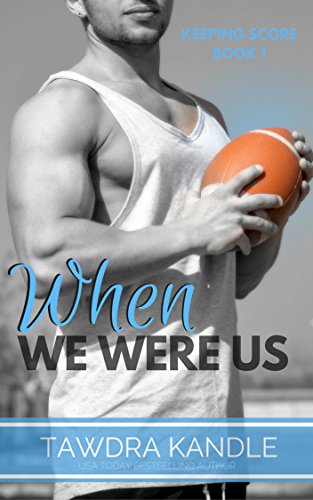 Leo, Quinn and Nate . . . we’ve been the Trio all of our lives. I’m the oldest, thanks to my premature birth. Leo and Quinn are the closest things I have to a brother and sister, even though the feelings I have for Quinn go way beyond friendship.

I’ve been in love with Quinn since junior high. Maybe even before then. She’s always been my fierce protector, the one person who looks beyond my physical challenges to see who I really am. I know the hard truth, though. Leo holds her heart. He’s the one she loves.

Who could blame her? Leo’s the football star, the guy all the girls in school want. When he and Quinn finally admit their feelings for each other, it almost destroys me. Leo may be one of my best friends, but he’s still not good enough for Quinn. Even though he might not see it, he puts the game before the girl. Football comes first for him, and it could cost him more than he realizes.

But all I can do is sit back and watch . . . and be there to pick up the pieces when it all comes crashing to an end.