Wednesday Romance Reads For You To Devour – 3/30 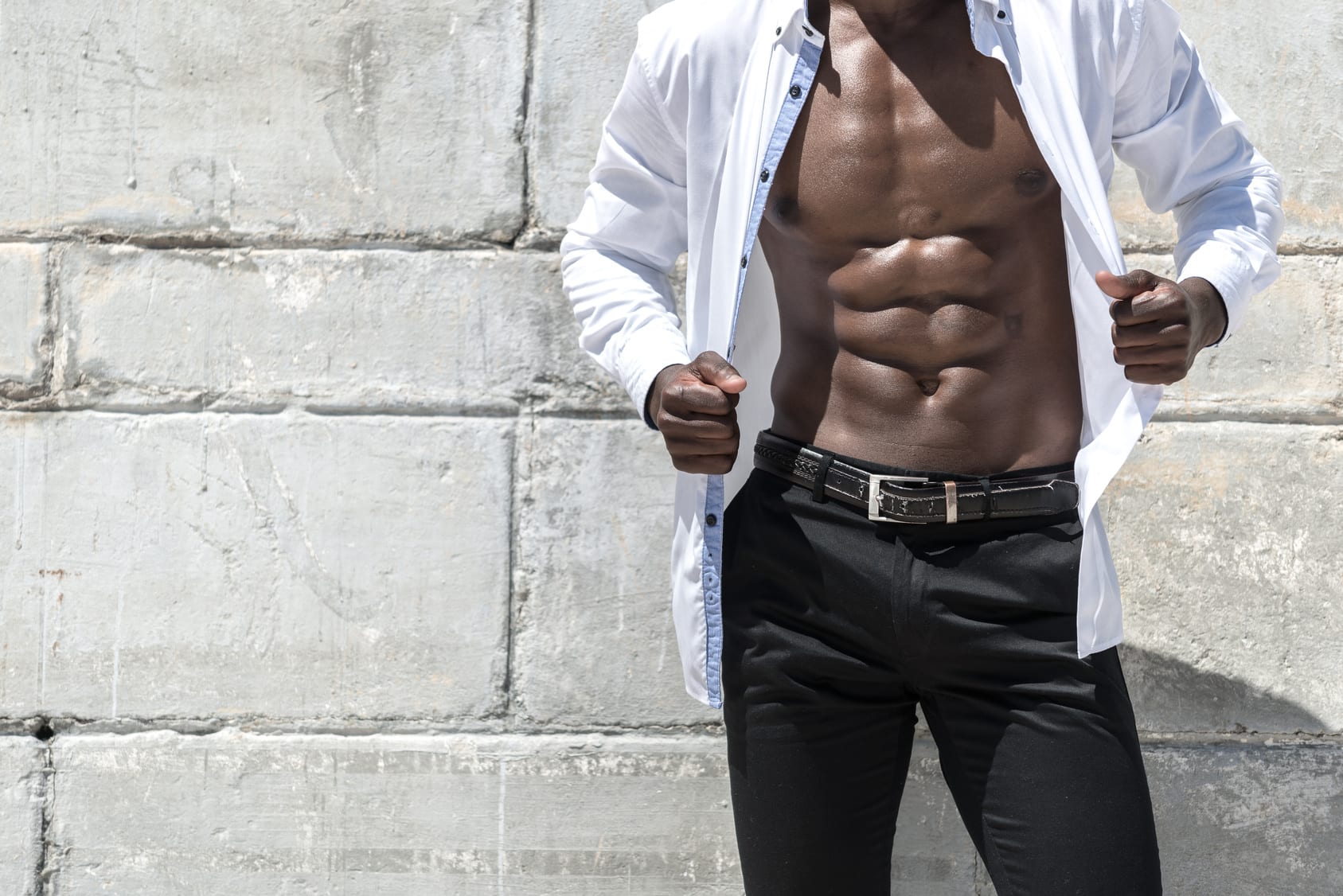 Two years, Kitty Phillips has worked for Blake Dennison as his PA. Two years, of hiding behind plain glasses, and frumpy clothes. She’s subdued her feisty nature for all that time, due to falling for, and attracting, the wrong men. She believed playing down her looks would keep her safe, safe from men that are only after one thing.

Finally she’s ready to put a toe back in the dating pool, and disaster. Her first foray back and she walks in on Lance (a man she thought wanted her for herself) in a compromising position, with his own PA. She goes back to the office, and her temper breaks its bonds. She gives her boss her views on him, and men like him with both barrels.

Blake never mixes business with pleasure. But after kitty reveals the woman she’d been hiding, he’s all for breaking the rules. He pursues kitty with single minded intent. He wants to bed the woman he’s found hiding, in plain sight. After all she’s threatening to leave his employment, he may as well enjoy her before she goes.

They both get more than they bargained for.

Although part of a series each book is a standalone read in it’s own right.

This box set contains the complete story of BOOMER – The Elite Part One and Part Two. Get an exclusive bonus! A Sneak peek of Player – The Elite! Coming soon!

Three years after the bitter demise of my marriage, I was still no closer to opening my heart to a new man than I had been the day I’d found out about my ex-husband’s affair while he was overseas in the Marine Corps.

The only positive thing to come from it was my blossoming accounting business. After a year of sweat, tears, and more hours than I could ever count, I’d survived my first solo tax season and was beyond ready to treat myself to a two-week vacation.

My only companion for the trip was my recently adopted Chocolate Lab puppy, Hunter. A chubby little ball of energy, affection, and more than a sprinkle of mischief. He was a welcome balm to soothe the lonely nights after long days spent alone in my office. The only drawback? His appetite for my expensive shoes. And purses. Couches, table legs…whatever he could sink his teeth into.

A few days after tax season, I locked the door of my office and loaded the little troublemaker into the back of my SUV and took off up the California coast to Holiday Cove, an idyllic beach side town for some serious relaxation.

Less than two days into the trip, Hunter proved to be an obedience school dropout—until he fell in love with Princess—a yellow lab who gave Hunter the right motivation to behave himself. The only problem? Princess came as a package deal with the dreamiest man I’d ever seen.

Lieutenant Jack McGuire. Aka Boomer. A hard-bodied fighter pilot in the US Navy who was charming, sexy and had a smile as wicked as the devil himself.

A man that had me questioning my vow to never get tangled up with a military man again.

And now he’s leaving for a six-month tour, and my life will never be the same.

A hometown series full of sexy romance, humor, and heart…where everyone gets a second chance at love.

A FAIR OF THE HEART – Single mother Lauren Frazier can barely keep the roof over her head from falling down around her. So when handyman Caleb Hunter stops by for a haircut, he’s the answer to her prayers…though her son isn’t thrilled to have him hanging around. Old wounds have kept Caleb from returning to Redemption, but when he receives word of his mother’s unexpected death, guilt and regret bring him home for good. Lauren excites him like no woman ever has, but she’s a package deal, and he’s not sure he’s prepared to take on a ready-made family.

A FAIR TO REMEMBER – Ready for a nice, quiet life in small town USA, reformed gang member Wes Carter feels Redemption is the perfect place to relocate his financial business for reasons more than just the name. Tara Russell has decided to add some excitement to her life and get a little wild–no matter how uncomfortable it makes her or her overprotective family. They meet at the local fair one warm summer night and discover opposites attract for all the right reasons. Add a dash of Sugar in the form of an incorrigible Great Dane, and it’s destined to be A Fair To Remember.

THE PERFECT BLEND – Carrie Lowell swears off men for good after nearly losing her business in a bitter divorce. She’s on the verge of bankruptcy when librarian Matt Jacobs walks into her shop and offers sound–if unwanted–business advice. Financially, he’s a godsend, but emotionally he’s a threat to the barricade she’s built around her heart. Heir to a vast fortune, Jacob Spalding flees L.A. for Wisconsin to escape the scandalous nightmare his life has become. Now known as Matt Jacobs, he settles in to small town life and soon finds himself infatuated with the coffee shop owner across the street. Too bad the infuriating woman is as contrary as she is beautiful.

GROUNDS FOR CHANGE – Charlie Russell lived with a secret for years, but guilt has pushed him to the breaking point. He meets psychologist Dana McClain and feels an instant connection that has nothing to do with his Great Dane, Sugar, spilling coffee down her shirt. Dana switched to counseling animals because she has a history of becoming too emotionally involved with her clients. She figures she’s safe helping Charlie with Sugar’s issues, until he reveals his secret and asks for help. She tells herself it’s all about the dog, not the guy, but history has a way of repeating itself.

HOME IS WHERE THE HEART IS – Heiress Melinda Spalding is stunned when her brother moves to the Midwest, and soon follows. Discovering she likes “Mayberry” is as shocking as her attraction to the local mechanic. But L.A. is where she belongs–or is home truly where the heart is? Drew Porter has no use for snooty “Lindy” Spalding. But is there more to her than meets the eye, or should he run as fast as he can in the opposite direction?

THE HEART OF THE MATTER – Allie Daniels wants a family of her own, but can’t have children. She hides her desolation from everyone-especially the town veterinarian, whose three-year-old is a painful reminder. Rick Wilde liked Allie back in high school, but life took them in different directions. Now a single parent, his interest in Allie is renewed despite the fact her shoulder is colder than the bitter winter wind. Brought together by an orphaned kitten, Allie is helpless to resist Lukas’ impish innocence and Rick’s charm. Does she risk her heart on an impossible dream, or will Rick’s desire for more kids devastate their future?

Bound to the Bachelor

Your date with Marietta local Beau Bennett includes a day on the slopes at Big Sky Resort, complete with a sumptuous meal in the Resort’s fanciest fine dining restaurant and door-to-door transport. Dig deep to secure the attentions of one of Montana’s most eligible – and elusive – bachelors.

Lily Taylor knows Beau Bennett dislikes her, but that won’t stop her from asking him to volunteer for the Bachelor Auction she’s organized to help her friend Molly provide for her tragically injured son, Josh. If Beau’s gorgeous face, piercing blue eyes and chiseled body inspires the women of Marietta to dig into their pockets for a good cause, then Lily will do whatever it takes to secure his participation.

Beau Bennett isn’t sure how he wound up on the auction block being eyed up by hundreds of eager women, but he knows who to blame for it – Lily Taylor, the sexy, distracting, off-limits best friend of his kid sister. As far as he’s concerned, the sooner this nightmare is over, the better.

The last thing either of them expects is for Lily to wind up bidding on – and winning – Beau, or that their date will lead to Beau stepping in to save Lily when her past comes back to haunt her. As Beau does his best to keep Lily safe, they discover that maybe they don’t dislike each other quite as much as they thought.

In fact, maybe it’s just the opposite…