Thursday Romance Reads For You To Devour – 7/28 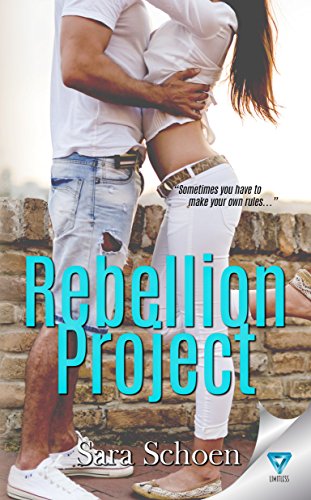 She is viewed as the golden child by her parents—following their rules and allowing them to make all of her life decisions. But after a lifetime of walking the straight and narrow, Lauren feels as though her life is passing her by.

When she catches her father having an affair, she throws the rulebook out the window…

Lauren realizes that even if she does everything perfectly, life can—and will—surprise you. When life throws her a major curveball, she sets out to live for herself, making the rules up as she goes and smashing through everyone else’s expectations, but she doesn’t know how to live without a guideline. So, Lauren is forced to ask her biggest tormentor for help—Kayden Daniels.

Kayden turns Lauren’s whole world upside down with a mischievous smirk and a proposition. But if Lauren wants his help to remake herself, she has to pay the price—her virginity. With no one else willing to help her, she agrees to make the trade. But when her change becomes too much to handle, will she give up or will she keep moving forward with a new reputation and a more adventurous life?

From the first time Hawk saw her, he knew he wanted to do dirty things to her in his bed.

Hawk, the muscled, tatted, badass Vice President of the Insurgents Motorcycle Club, sees women as bed warmers, nothing more. He never stays with the same woman, and although there are plenty of women who want to be his old lady, he wants none of that.

And that suits him just fine until he meets her whose eyes light a fire in him. Problem is she’s not so easy to get into his bed. Hawk wants her. And when Hawk wants something he takes it.

Cara Minelli doesn’t want to go to the biker bar, but her friend talks her into it. Swearing off men since she caught her fiancé cheating on her right before her wedding, she has buried herself in her career not wanting a man in her life. Until she sees him. He is sexy, rough, crude, and oh so very wrong for her. So why can’t she stop thinking of all the nasty things he’ll do to her if she relents and lets him in her bed?

Then a vicious killer who has been strangling women in the area focuses on Cara. Police think bikers are involved. Can Cara set aside her trust issues and let Hawk into her life?

Hawk sees it as his job to protect what is his…and Cara is very much his even if she doesn’t know it yet. Cara keeps her heart guarded, but when danger comes calling, their lives collide. Hawk will stop at nothing to keep Cara safe and make her “Property of Hawk”.

Where You Least Expect

Navy SEAL Joe MacDermid came to Thornehill Springs, North Carolina seeking peace and quiet and maybe a break from his hectic life. But his next-door neighbor Verna Love seems intent on making sure he doesn’t get any of either.

Verna takes pride in being a nice person, but when it comes to Joe, she just can’t help herself. Getting under his skin gives her an unexplainable satisfaction, and it doesn’t hurt that Joe is the picture of masculine perfection, especially when he’s angry. She’s smart enough to know that he’d never be interested in her, not with all her flaws, but she can’t pretend that goading him isn’t one of the highlights of her day.

But when circumstances force the two of them together, they might find love where they least expect.