Thursday Romance Reads For You To Devour – 11/24 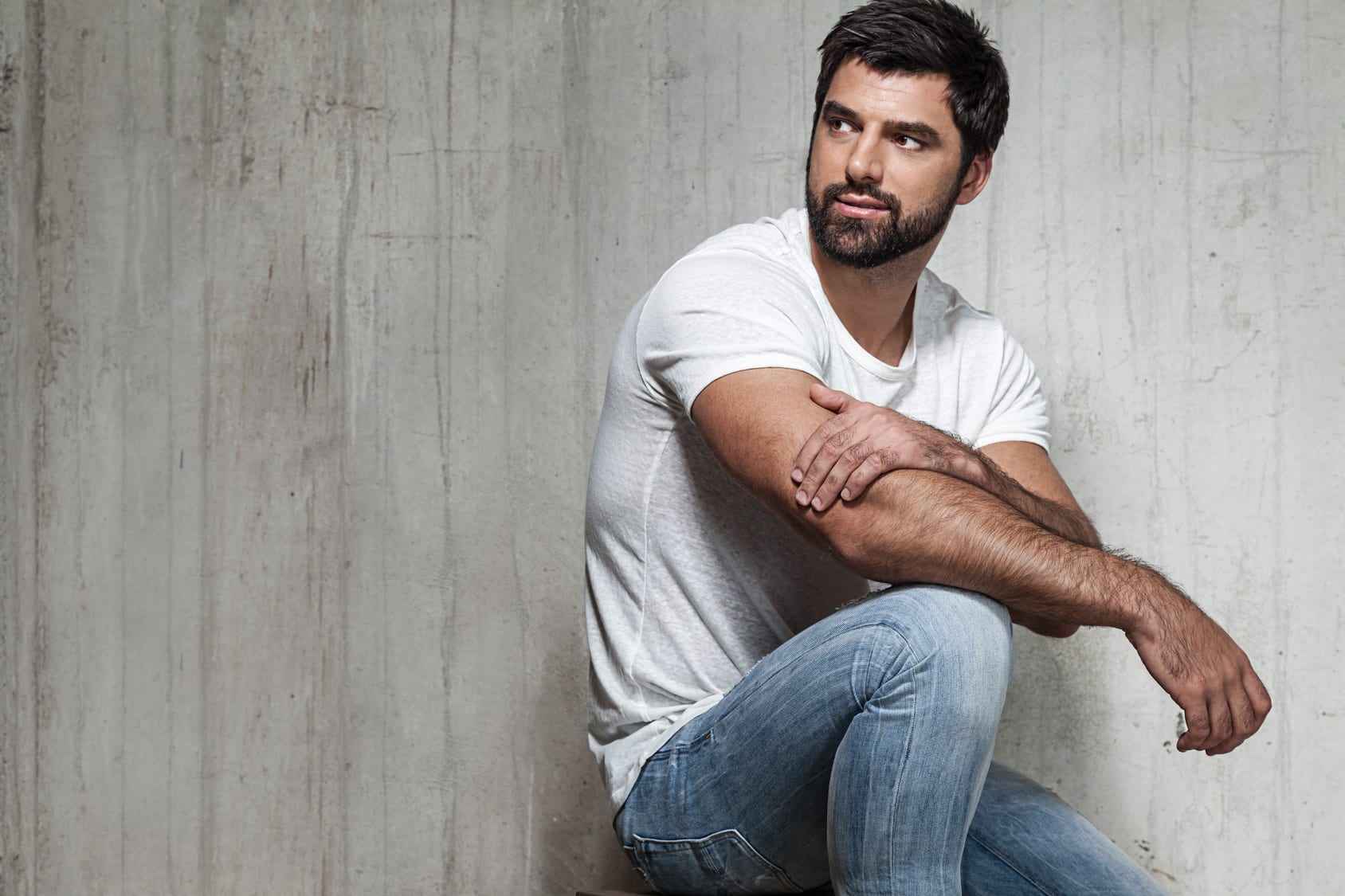 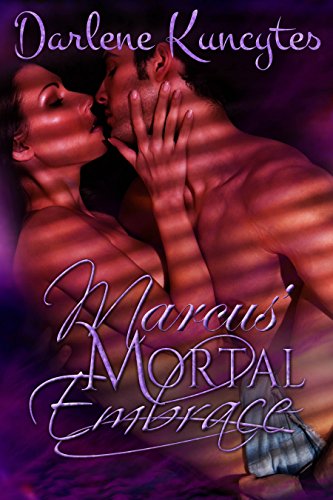 5 star stand-alone read!
***OMG…This book is fantastic!! It made me cry and not because it was a sad sappy book, no but because of Marcus and Elizabeth!***
Marcus LaGrange was bone weary. He had been in the beautiful city of New Orleans much longer than he had wanted. But, he was trying to track down a rogue Vampire that was a threat to those he loved, yet wanted nothing more than to go home. He never expected to be knocked to his knees by the lovely Elizabeth Chase. And, if it wasn’t bad enough that she made his body ache with a need that he hadn’t felt in centuries… she was a mortal! He had absolutely no time for distractions…and this lovely human was just that! And, in the most tempting way – bringing back his past with a vengeance and making him question everything that he had ever believed. Elizabeth Chase was in New Orleans to do a job. She hadn’t planned on running into the gorgeous Marcus LaGrange at the Inn where she was staying. Men were permanently off of her menu. She only wanted to get done what she had been sent to do, and to go back home to her solitary existence. So; why then, when the man touched her did her skin tremble and burn with a fire that seared her to her very soul? Why did he cause every damn thing that she had programmed herself to believe and feel to go straight out of the window? She had baggage – and she definitely wasn’t looking to pick up more. Can these two fight the attraction that pops and sizzles around them? Or, will they give in to a desire that cannot be ignored? They both have secrets…and it could spell disaster for everyone that they care about – including each other. Join the journey to discover if they can find forgiveness and redemption before the evil out there destroys them all. Will love be enough? Marcus’ Mortal Embrace…Book 3 of The Supernatural Desire Series. 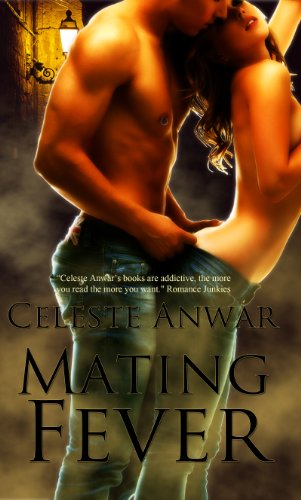 Jessica Talvert went to New Orleans looking for her roots and the mystery of her past. But some secrets were meant to stay buried. Little did she realize her arrival in the sultry city would spell her own doom.

Feral, dangerous, and oozing lethal charm, he captured Jessica with a kiss, but the Cajun rogue, Gabriel Benoit, is not what he seems. Danger follows him, exciting her beyond imagining, until she’s swept into a world she never dreamed existed. A world of werewolves and vampires at war…. 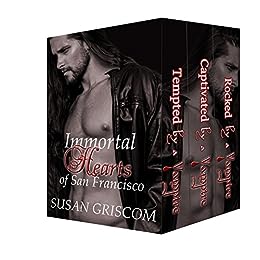 Enter a world of temptation and lust, where rock stars are not only gorgeous and sexy, but they’re also vampires. These books are hot and sexy, and romantically addicting.

Tempted by a Vampire
Cian DeMarco, has lived in his beautiful mansion overlooking both the San Francisco Bay for the past seventy of his two-hundred and twenty years of his existence. Happily–or so he thought, preying on a different woman as often as his heart desires. Until the beautiful Magdalena De la Rosa sits down at one of the front-row tables in Club Royal where he and his band mates perform once a week. The scent of her blood has him completely undone and he’s unable to contain his desire for her.

Magdalena has a new job and a gorgeous apartment in San Francisco. Everything is just the way she’s imagined it could be… until she and her girlfriend find their way into an up scale night club and she’s suddenly swept off her feet by a member of the rock band. Mesmerized by his gaze, his scent penetrates and embraces every cell of her body and she can’t deny her own desires for him.

A temptation they can’t resist, leads to a future they never imagined as sparks ignite between the two until a threat from Cian’s past returns to wreak havoc on Cian’s and Magdalena’s lives. Will the desire to be together outweigh the reality of what Cian must do to keep Magdalena safe?

Captivated by a Vampire
She’s a vampire. He’s human and the best investigative reporter in the city. Their worlds mix as well as oil and water, but their attraction to each other is electric.

Josh Barrett knows his priorities—reporting the news as quickly and accurately as possible by day, drinking himself into a self-loathing stupor by night. His workaholic tendencies can’t completely mask the broken, depressed man he is inside. The horrific night that changed his life forever and left him broken-hearted and alone is forever fresh in his thoughts. But the torture is no less than he deserves. Until a beautiful, sexy, and utterly mysterious woman enters his life and changes everything. Chelle is absolutely enchanting, her allure captivating and the reporter in him is determined to learn all of her secrets.

Newly turned vampire Chelle Masterson only wants to find her place. Her unrequited love and devotion for her maker Lane has left Chelle broken, vowing to never fall for any man again. She’s determined to find her way in the scary new world of the immortals and begs for the chance to prove herself—to prove that she’s capable of surviving without the others. Unfortunately, she meets trouble head-on with her very first victim and ends up face to face with a very charming and handsome stranger. He seems to only want to help, but can she trust him?

As Josh slowly wins Chelle over, she decides to utilize his skills as a reporter to help uncover her past—a dark past that she cannot remember, but one she desperately needs to learn. Being around him is addicting, their connection undeniable, and she finds her will to keep him at arm’s-length dwindling.
The simple act of a Good Samaritan spirals into an obsession—much more than either of them thought possible. Their love becomes unfathomable, but it may not be enough to overcome the hurdles standing in their way…

Rocked by a Vampire
He’s dangerously sexy, insufferably arrogant, rude, and complicated as hell, yet what he reveals to her makes it impossible to stay angry and she can’t stop her growing desire for him.

Lane, has always walked in his brother’s shadow. And for good reason. There are monsters that plague his mind. Demons that once destroyed him. Broke him. Now, his desire for Vanessa torments him, igniting those revenants whenever he thinks of her. He’s desired her for months, but he hates what she is—what she stands for. Can the witch he loathes be the one to tame his demons? 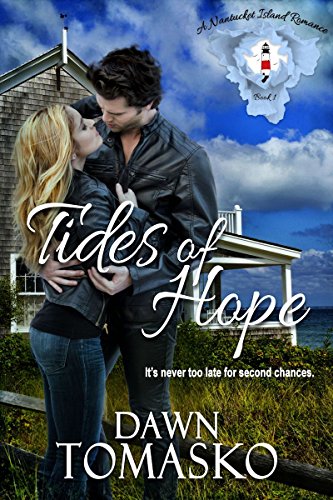 This is Sara’s moment. Time to break free, out of the safe, tidy box her life is in. Time for new experiences and explore what she missed along the way: an exciting career, living in her favorite place in the world and freedom to be all that she can be.

Gabe’s wild success as a restoration specialist on historic Nantucket Island pumps him up in ways his Wall Street career never could. Until he meets Sara. Instinct tells him she’s his perfect mate. Now to convince her!

Get ready for a clash of wills, spicy banter and explosive chemistry.