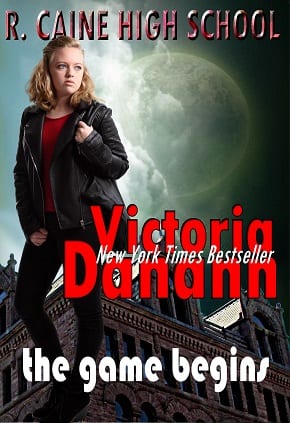 When it came to the attention of the old ones that their creations, the Earth gods, had been playing games at the expense of humankind for millennia, they put a stop to it. But the rebellious gods were far too addicted to their games to give them up. After several summit meetings, they voted to use their own children as players and locate the playing field in the most treacherous environment in the known universe. High school.

To make it even more interesting, they would strip their children of their memories and withhold the rules of the game. The players believed they were ordinary kids until they were transferred to R. Caine High School. When odd things begin to happen, the players gradually realize they have special gifts or attributes that are as magical as super powers. But that doesn’t mean they can’t die.

**The knights are losing the war with the mutated virus. Humanity’s extinction is a possibility.

**Who would guess that it might come in the form of a womanizing vampire?

“Reminiscent of My Familiar Stranger.”

The next generation of the Knights of Black Swan have been inducted and vested with all the privileges and responsibilities of the B Team legends in whose shadows they took their training. K Team is coming into their prime as servants of The Order, with most of their lives ahead. Or so each one hopes.

New York Times and USA Today bestselling author, Victoria Danann, brings us a sizzling new take on the Knights of Black Swan. The boys are all grown up and bursting at the seams looking for action.

Black Swan believed they’d found the cure for the vampire virus, but it mutated and the resurgence threatened to be the extinction of humanity within a generation. Help comes from the most unexpected source imaginable, a vampire.

Meanwhile, the new Director of Operations is cute, curvilicious and has Falcon reeling. And he doesn’t need distractions when he’s busy saving the world.

The epic saga that has won BEST PARANORMAL ROMANCE SERIES the past three years in a row (Reviewers Choice Awards, the Paranormal Romance Guild) continues with a new crop of vampire hunters that we already know and love.

Grab your copy TODAY and find out why KBS is called astonishing, breathtaking, nail biting, spectacular, unique, and a wild and sexy ride. 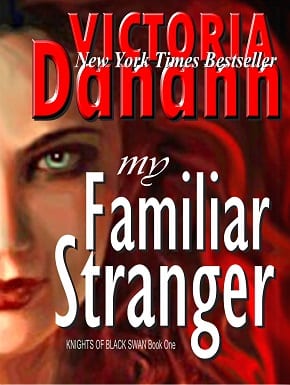 **The knight who saved her life.

What’s a girl who’s an accidental traveler from another dimension to do?

“My God, this is spectacular.” – Quote the Raven

Elora Laiken escaped assassination in an experimental device that left her broken, physically and emotionally. She was deposited within the walls of a secret society of vampire hunters and paranormal investigators.

Start reading TODAY! And find out why My Familiar Stranger has been called awesome, enchanting, enthralling, engrossing, and thrilling.

The rogue angel, Kellareal, stopped the genocide of a hundred and forty three human/animal hybrids who’d been genetically engineered as an experiment. Generations had spent their entire lives imprisoned and used as research subjects. Against orders, he spirited them away to another world. In a twist of irony, they were given the job of protecting humans from the result of their own hybrid experiment gone very, very wrong.

When Rosie Storm asked Kellareal for a place to hide and teach her boyfriend a lesson, she thought she was getting a few weeks of tantrum-fueled asylum. The last thing she was expecting was to be the accidental architect of a war. Or to meet someone like Carnal.

Start reading today and find out why Carnal has been called brilliant and breathtaking, captivating and powerful. 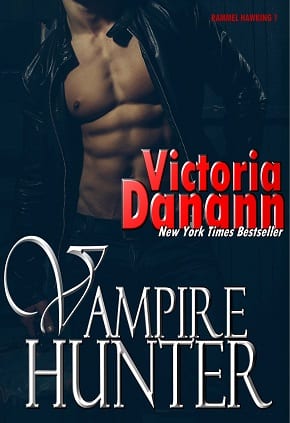 The young prince of Irish elves is misfit for palace life. When he runs away to the wild magic of the New Forest, he’s adopted by the residents of a village lost in time. On a stormy night a veteran Black Swan knight finds his way to the hunting cottage deep in the forest and recruits Ram on behalf of The Order of the Black Swan, an ancient and secret organization of vampire hunters and paranormal investigators.

The story covers the tragic death of his first partner and the unforgettable sigh-worthy romance with his second partner, Elora Laiken. The details and insights of events as seen through Ram’s eyes lend breadth and depth to this tale beloved by paranormal romance readers.

Danann writes a love letter to the sexy vampire hunter, Sir Rammel Aelshelm Hawking, in this retelling of My Familiar Stranger from his point of view.

If you think you can’t get enough of the Knights of Black Swan, don’t miss this addition to the catalog. Get your copy TODAY and find out why readers have called it sexy and edgy, amazing, awesome, adorable, and elftastic! 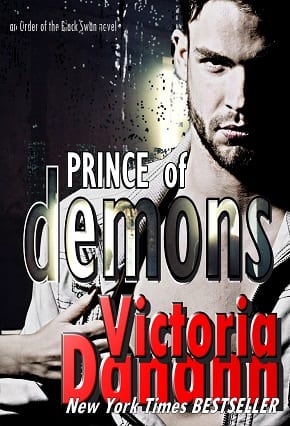 New York Times and USA Today Bestselling author, Victoria Danann, adds a spin off novel to the winner of BEST PARANORMAL ROMANCE SERIES the past three years in a row.

Prince of Demons is an action adventure paranormal romance brimming with outrage, suspense, humor… and did I mention romance?

After Dallas finance manager, Atalanta Ravin, was left standing at the altar in a publicly humiliating jilting, she quit her job, sold her house, gave away her furniture, and set off in search of a new and completely different life living on a boat in Boston Harbor. When she accidentally sailed into another dimension, she got the adventure she’d secretly longed for. But not in a thousand dreams could she ever have imagined that her fantasy lover might turn out to be a prince of demons named Brave. And there’s nothing he won’t do to win her love.

Continue reading the Black Swan series TODAY and find out why people are saying they were amazed, amused, and astounded by Prince of Demons.

Co-host of the ROMANCE BETWEEN THE PAGES podcast. www.romancecast.com

Her paranormal romances come with uniquely fresh perspectives on “imaginary” creatures, characters, and themes. She adds a dash of scifi, a flourish of fantasy, enough humor to make you laugh out loud, and, occasionally, enough steam to make you squirm in your chair. Her heroines are independent femmes with flaws and minds of their own whether they are aliens, witches, demonologists, werewolves, hybrids, psychics, or past life therapists. Her heroes are hot and hunky, but they also have brains, character, and good manners… usually.

Victoria lives in The Woodlands, Texas with her husband and a very smart, mostly black German Shepherd.