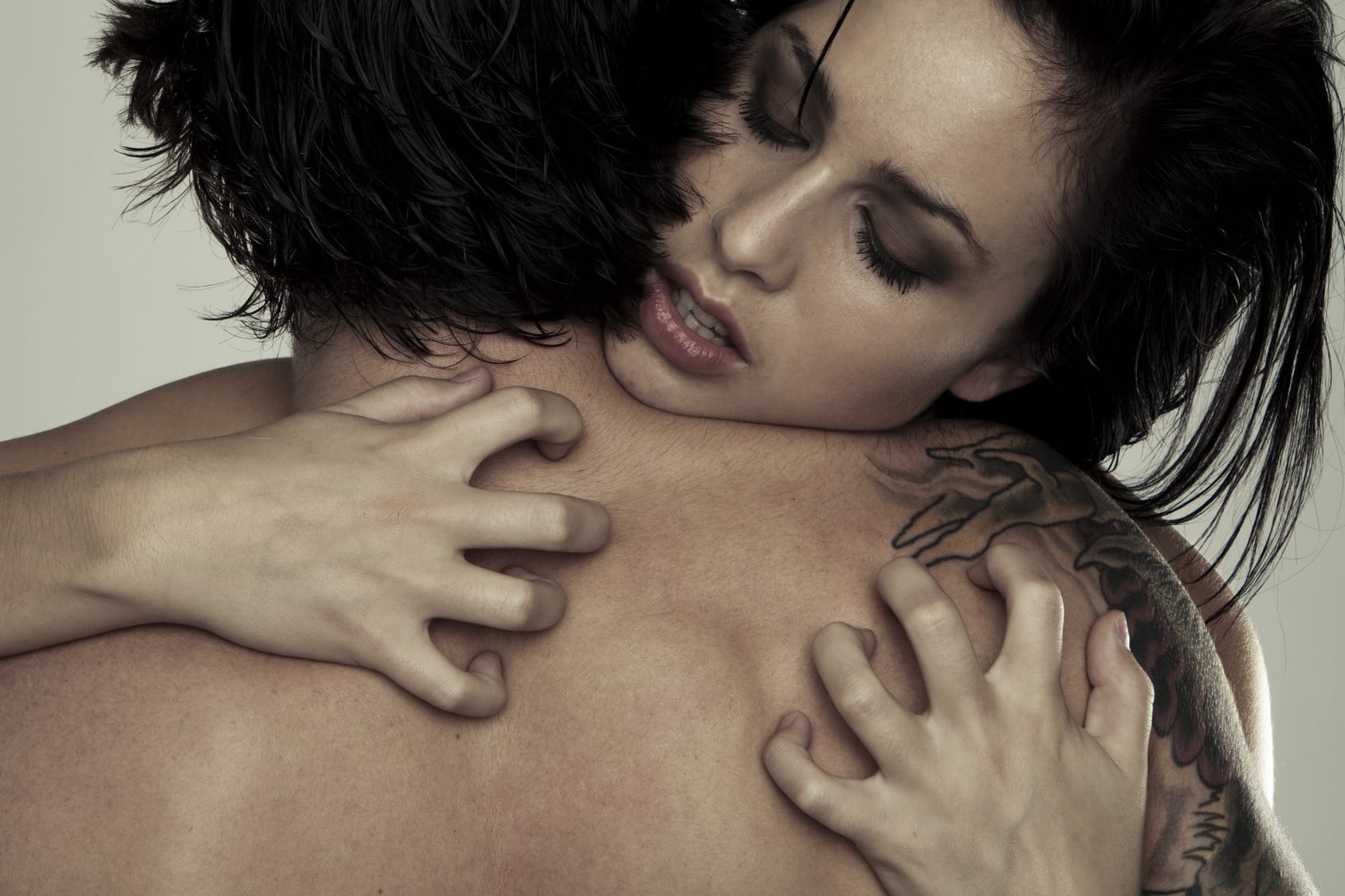 Rancher Adam Sloan is more than meets the eye. As the heir to his Pack, the sexy werewolf’s biggest challenge is keeping his kin’s true nature under wraps. But a group of jaguar shifters threatens to reveal the pack, blasting into town killing humans in plain sight. And when he smells one at the local diner, his standing orders are to take her out.

Lana Turpin doesn’t realize she’s a moving target. Raised in the foster system, she only knows that she blacks out during the new moon and wakes up without remembering a thing. But now she’s being tracked by some strange organization that wants her back–even though she’s never stepped foot inside their compound. And the stranger across the diner is watching her like an enemy.

It should be a simple mission for Adam, but when he touches the frustratingly beautiful Lana, his inner wolf howls…mate. Now, the two must find and stop the people who hunt her…and Adam must keep his own family from killing the only woman he will ever love.

Sasha’s future was stolen from her the moment she was bitten. Now she’s on the run from the Nero Organization that transformed her from a human detective into a shape shifting jaguar assassin.

When a rogue bounty hunter threatens her younger sister, she’ll be forced to fight, and with nowhere else to turn, Sasha will need to trust the one man who has every reason to want her dead.

Aren is a werewolf with a secret. While protecting his twin brother and Alpha of the Pack, he found his one mate for life. Sadly she’s also the jaguar assassin who tried to kill them both. Now Aren is struggling between his animal nature to love and protect her, and his loyalty to the Pack.

Nadya Dalca has been handed a death sentence. She’s been bitten by the last living genetically enhanced werewolf—part of the Nero Organization’s disastrous Moonlight project. With the poisonous blood now coursing through her system and pushing her to the limits, it is only a matter of time before Nadya’s fate is sealed…

Gareth Takoda told himself he couldn’t get involved. Caught up in a maelstrom of grief and bitterness, he has been isolating himself from his Pack. But when he is charged with watching over Nadya’s first transformation—or bear witness should it go horribly wrong—Gareth is torn further by unwanted desire and the need to protect what is his.

One kiss changes everything. One shattering, all-consuming kiss. And with it, Nadya and Gareth face either salvation…or death.

Dr. Jason Ayers unleashes all of his rage and his frustration through fists and brute force in an underground boxing ring. The werewolf may be the pack’s doctor, but he can’t even heal his coma-stricken father after the Nero Organization’s attack stopped his heart. And as his Pack brothers settle down around him, he still refuses to believe in the fairy tale notion that every wolf has a true mate…

In hiding and on the run, nurse Kilani Akamu is a loose end that Nero is desperate to tie up. She can’t afford to be attracted to a doctor-especially one as unexpectedly hot and complex as Jason. Yet the sexual sparks arcing between them are undeniable…and Kilani’s precognitive senses warn her that temptation is inevitable.

Jared Ayers works outdoors, embracing a solitary life, hiding from his inner demons. But after so many of his Pack brothers have found their mates, he starts wondering if there might be a mate in his future too. His world turns upside down after he’s hired by the “Ice Queen of Lake Tahoe”. One touch is all it takes. One touch to send the wolf howling within…

A gifted psychic with pyrokinesis, Taryn Goldstone wields fire beyond her control– sometimes with dire consequences. With Jared, she discovers that some flames are meant for passion–and healing. She has enemies who covet her powerful gift, but they are about to learn just how far a wolf will go to protect his mate.

Jaguar shifter Sebastian Severino is an enigma. He lives alone, works alone, and will die alone. But the night he’s attacked by a female werewolf, nothing will ever be the same. And when his young niece is kidnapped, Sebastian, the deadliest assassin Nero has ever produced, will be forced to choose a side…

Isabelle Wood has never taken the easy path. As a bounty hunter and now a bitten werewolf without a mate, she’s searching for answers to her father’s disappearance while helping to lead an Alphaless Pack. The night she gets the opportunity to take out their enemy, with her blade at his throat, her wolf discovers her mate in the last person she can be with.

Lisa Kessler is a Best Selling author of dark paranormal fiction. She’s a two-time San Diego Book Award winner for Best Published Fantasy-Sci-fi-Horror and Best Published Romance. Her books have also won the PRISM award, the Award of Excellence, the National Excellence in Romantic Fiction Award, the Award of Merit from the Holt Medallion, and an International Digital Award for Best Paranormal.

Her short stories have been published in print anthologies and magazines, and her vampire story, Immortal Beloved, was a finalist for a Bram Stoker award.

When she’s not writing, Lisa is a professional vocalist, and has performed with San Diego Opera as well as other musical theater companies in San Diego.